Home • News • Amazon: What the online giant means for retailers

Amazon: What the online giant means for retailers

Amazon dominates e-commerce – and continues to set new sales records. At the AmazonWorld Conference in Munich, Dr. Eva Stüber from IFH Cologne shed more light on what this means for the entire retail world. […]

The hybrid AmazonWorld Conference in Munich was kicked off by Dr. Eva Stüber, member of the IFH Management Board, who has been researching the topic of “Amazonization of consumption” for years and has now presented the latest study results and insights.

Through permanent innovations, Amazon quickly advances into new business areas and thus secures competitive advantages. The corona year in particular pushed this development once again: While online retail grew by a total of 14.9 billion euros, Amazon alone achieved an increase of 11.4 billion euros. For example, Amazon now accounts for 53 percent of online retail (which also includes sales from sales partners) and 10 percent of non-food retail – in addition, further sales are influenced by advance information search. “Amazon is an empire that keeps growing,” says Stüber. “From logistics to cloud offerings to entertainment: Amazon attacks a wide variety of industries and top players.“ 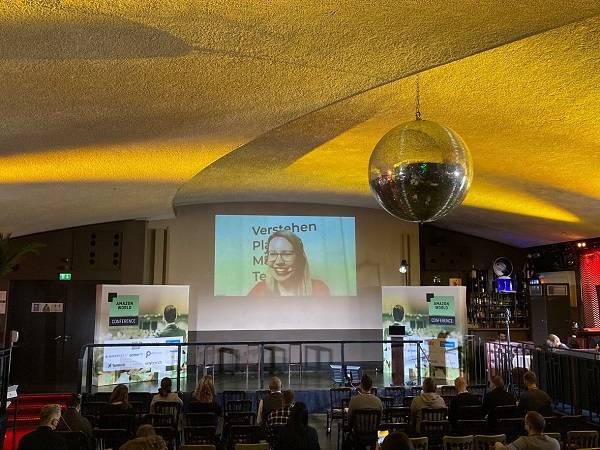 The clear driver is on the one hand the immense market place growth, on the other hand the consistently implemented customer centricity. The challenge for the other retail players is not only the automatic lock-in effect, but also the generally Amazonized consumer behavior.

Who actually buys from Amazon? The analysis by IFH Köln shows that in 2020 the number of German online shoppers will amount to 49.2 million – of these, 94 percent will shop on Amazon. 17.6 Million can be classified as heavy Amazon shoppers. In addition, the US group has two million Prime customers. “The number of Prime customers in particular has grown due to the pandemic,” says Stüber. “And the bill is clear: Once you become a Prime customer, you will sooner or later become a heavy shopper.“

“It’s a fact that we live in an Amazonized world”

And what’s next? “Amazon is definitely the absolute digitization driver and sets standards. But the topic of sustainability and diversity is also gaining momentum,“ says Stüber.  In this regard, however, Amazon is still marching with the traditional companies. There would be investments, but they would not be communicated so strongly yet. And Amazon would do rather poorly on some topics – for example, as an employer. But even this does not detract from the success of the e-commerce giant: According to the study, a large proportion of customers reflect on how Amazon acts as a company – but 49 percent of online shoppers still shop at Amazon equally often. 29 Percent shop there even more and only 22 percent of respondents therefore buy a little less.

“It is a fact that we live in an Amazonized world,” says Stüber. “Retailers and manufacturers have to deal with this. What you can learn from Amazon in the first place is absolute customer centricity.“

*Alessa Kästner is a graduate of the Burda Journalism School, volunteered at Playboy and wrote for titles such as ELLE, Freundin and Focus as well as advertise and sell. Her core topics as an INTERNET WORLD editor: Digital lifestyle, marketing trends and social media.