Hewlett Packard Enterprise (HPE) has presented solutions that can be used to share private 5G networks and Wi-Fi. […] 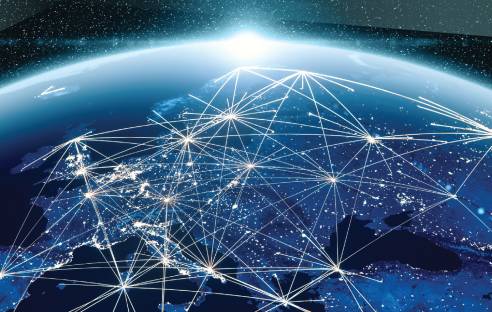 HPE has announced new solutions for private 5G networks and Wi-Fi 6, which will allow corporate users to use both technologies in combination. After all, according to HPE, 5G significantly outperforms Wi-Fi in terms of range, but Wi-Fi is ahead when it comes to low-cost indoor networking.

With HPE’s private 5G technology, customers will now be able to combine both worlds, with supposedly seamless transitions between private 5G and Wi-Fi. For example, HPE’s Private 5G solution can be operated together with Aruba Wi-Fi networks. In accordance with HPE, procedures such as “Aruba Air Pass” are used to automate the roaming of 5G and Wi-Fi.

HPE’s private 5G solution is based on the HPE 5G Core Stack, an open, cloud and container-based 5G network solution, according to a statement from the manufacturer. This has been expanded to include functions for private networks.

According to the manufacturer, the solution supports a number of installation variants. For safety-critical applications or in remote locations such as on oil production platforms, for example, HPE offers an edge computing solution with autonomous operation. The HPE Edgeline EL8000 Converged Edge System with Intel’s third-generation Xeon Scalable processor is used for this purpose.

HPE 5G Core Stack for private 5G networks is available as a pre-integrated hardware and software platform via HPE GreenLake. In addition, companies can also use Aruba’s Wi-Fi solutions in the As-a-service model via HPE GreenLake.

Further information on HPE’s 5G portfolio can be found on this website.