Home • News • AR/VR, metaverse… Now is the time to be concerned about sovereignty in immersive technologies

AR/VR, metaverse… Now is the time to be concerned about sovereignty in immersive technologies

While the French scene continues to stir (ten years later!) around the notion of sovereign cloud, alternating contradictory discourses on the imperative of securing European capacities and the inevitability of calling on American actors, she ignores with disdain one of the great technological revolutions to come: that of virtual and augmented reality.

Follow the money
Five years after its rebirth on the consumer market, this sector still finds little echo in France, although its rebranding in nebulous “metavers” is moving the lines. One could retort that he has not conquered the world in five years. Certainly. But he’s taking the path. The Oculus Quest 2 ended up under a lot of Christmas trees this year, representing a real inflection point. And in business, Accenture has acquired more than 60,000 for its employees.

Beyond that, you don’t have to be a soothsayer to understand that if the biggest tech companies in the world (Meta, but also Apple, Google, Microsoft and others) invest heavily on the subject, something is going to happen. As a reminder, Meta (ex-Facebook) spends more than 10 billion dollars a year on the subject.

Reindustrialize… in new technologies?
If the question deserves to be addressed, it’s because France (and more generally Europe) has completely missed the mark on the smartphone market. The Finnish manufacturer Nokia, which was once a real titan in mobile phones, pulled itself out of the arena in a few years. Then only American or Asian actors remain. As in the PC market for that matter.

At a time when we are getting carried away with reindustrialization, wouldn’t it be relevant to look into the subject? There are few manufactured products whose added value is higher than that of advanced consumer electronics. Especially since there is no shortage of talent in France. A few years ago, three Toulouse residents embarked on an adventure that will become StarVR following the takeover by Starbreeze. Project finally abandoned due to lack of money. 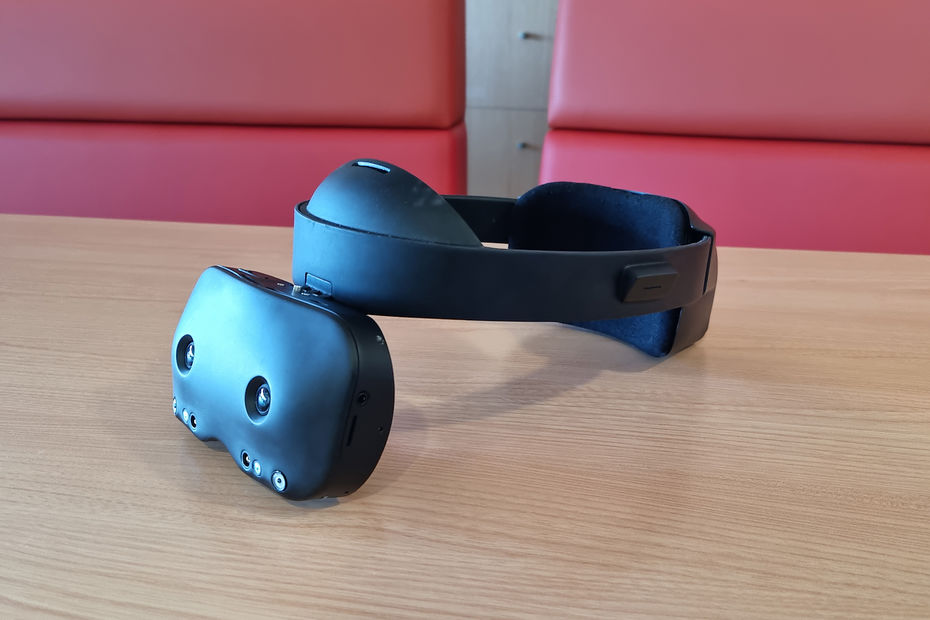 This is the story of a start-up…
Today, the flagship French project is Lynx (see photo above), an autonomous headset that emphasizes openness (both hardware and software) and whose capabilities have nothing to envy to Quest 2, especially in terms of augmented reality by passthrough.

The Digital Factory was able to test a pre-production version of it and, although it does not yet have the finishing level and the application ecosystem necessary to face Meta on the consumer market, it is perfectly functional and ready to be manufactured on a large scale. The first units will be delivered in April. Not bad for a team of only 15 people, led by Stan Larroque, a young engineer with an extraordinary background.

Only, if the Lynx-R1 has been the subject of a successful crowdfunding campaign, the Parisian nugget will not have the means to continue its development (produce the next models, build an ecosystem) for a long time without external investments. However, if foreign investors show interest, it cannot be said that the Tricolor ecosystem has responded present. Too busy surely to place his marbles in the sellers of NFT or in start-ups developing services on the technological bricks of the American cloud players, and whose strategy usually results in a takeover by these same players.

An end to fatalism
This is also the fate that probably awaits Lynx eventually if the French patrons do not wake up, as is the case for too many French nuggets. A takeover by a Chinese giant to make it a bridgehead on the European market or a stealth acquisition by an American followed by a dissolution among thousands of other employees (with a bonus in 5 years portraits like “this Frenchman who heads AR / VR at BigCorp”). Talented French content producers, such as Innerspace VR, Backlight, Wanadev, Ikimasho studios and many others, will then continue to publish their works on foreign platforms.

And our industrialists, whether Thales, Airbus, Bouygues, Saint Gobain, Framatome, EDF or SNCF will use foreign equipment even for their sensitive operations. As is the case with smartphones and computers today. The cycle repeats itself. However, it is not a foregone conclusion.

Can a small start-up hope to beat Apple or Meta when they are investing billions without blinking? Probably not. But it could establish itself as a viable and sustainable alternative if it receives appropriate support at the key moment, because the demand is there. And this, without the need for billions of euros. Others have done it elsewhere, so why not us? In any case, the key moment to ensure national and European sovereignty in the metaverse is now.

Get a free quote
PrevPreviousAndroid: How to keep photos and videos safe
NextAt the end of the year, virtual reality headsets are finally taking offNext