Whoever leads a panel round must know the positions of the participants beforehand. And it’s best not to let a microphone wander through the audience. Four tips for CIOs. […] 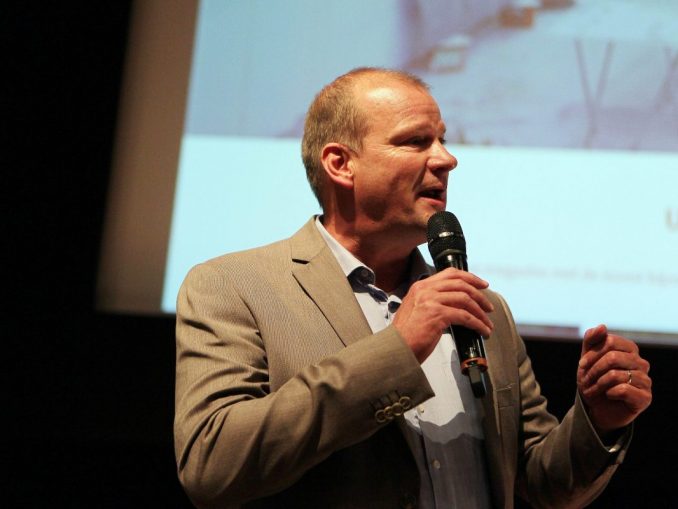 The CIO as a change manager, the CIO as a designer of digitization, the CIO as the head of new project groups in the company – the requirements for the communicative skills of IT decision-makers are increasing. For example, four out of ten business decision-makers in a Forrester survey declared the CIO to be the most important player in change. He had to cooperate with HR, internal communication, change management team and external consultants.

As a result, CIOs are increasingly finding themselves in the situation of having to moderate a discussion. But panel discussions have a bad reputation for good reason. Far too often, the participants bore their audience with the same phrases that they have already used elsewhere. The moderator is often to blame for this, explains Maryfran Johnson, editor in Chief at our American sister publication CIO.com.

The first mistake: too little knowledge about the topic and the points of view that the participants of the round represent. The presenter must be aware that he performs the same function as the conductor of an orchestra, who makes sure that each instrument gets its inserts and at the same time the entire performance runs smoothly. A good bandmaster can assess his musicians.

In addition to good preparation, the moderator of a panel discussion should four pieces of advice heed:

1. Introduce the participants as a moderator: The first opportunity to stifle a discussion before it has even begun is already present at the performance. If each participant prays his career for a long time, many listeners already turn off. How can this be avoided? In which you can have a current CV sent by everyone in advance. This can be shortened to a few sentences and thus introduce the guests themselves as a moderator.

2. The right level of preliminary discussion: Preparing for the topic of discussion is a must for the moderator. It is best to have a preliminary conversation with each individual on the phone. If there is not enough time for this, he should speak briefly in small groups with the participants before the public discussion. The death knell for a lively discussion in front of an audience, on the other hand, is a pre-conference call with the whole round.

3. Avoid repetition of the content: Many debaters first repeat the previous speaker’s statement before presenting their own argument – presumably out of politeness to show that the statements of the other respect. However, before the start of the round, the moderator should ask the participants to avoid such a thing. Because the listeners could get out.

A good way is to show the participants the time limit of the discussion and agree with them to focus on the differences between the individual views. So you can jump from one to the other with the question: “How does what Mr. X said differ from the situation in your department / company?“

4. Let the audience have their say, but without a microphone: To pass a microphone through the rows of spectators is problematic. On the one hand, the discussion could escalate. Because some viewers do not ask questions, but hold co-lectures. Others, on the contrary, do not dare to lift a finger. A good alternative is to distribute flashcards on which listeners can write their questions. This also gives the moderator control over the discussion.

Despite these pitfalls, moderating a roundtable is not something a CIO should shy away from, writes Maryfran Johnson. Whether it’s a small branch office, a company meeting or a large CIO conference: leading a round offers the opportunity to expand your network and make better contacts than usual at the coffee bar. If you make a good impression as a presenter, you also improve your chances of promotion, emphasizes Johnson.

*Christiane Pütter is a journalist from Munich. She writes about IT, business and science. In addition to CIO and Computerwoche, her clients include several corporate publishing magazines, especially in the field of banking/insurance.