Plant protection products should be efficient and ecological. To determine drug combinations more quickly and accurately, Bayer relies on image analysis and a platform that automates the use of machine learning models. […] 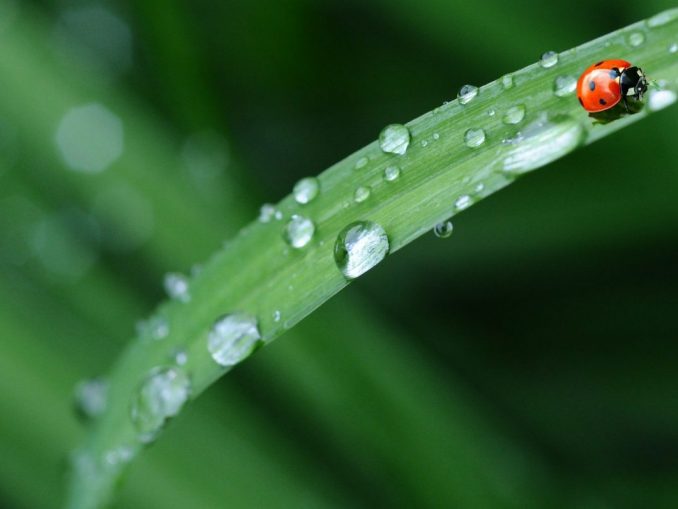 There is a lot at stake: the world’s population is constantly growing. At the same time, climate change poses massive challenges for humanity. On the one hand, it is important to ensure the nutrition of the world’s population, on the other hand, to preserve the fertility of the soils, to use water sparingly, to protect biodiversity and to reduce emissions.

Under the motto “Health for all, hunger for none”, Bayer AG is researching new areas of action for sustainable crop protection: Farmers should be supported in producing efficiently – and as ecologically as possible. For this, new, more environmentally friendly and effective plant protection products must be developed, as efficiently and quickly as possible.

So far, however, the scientists ‘ search for highly effective and equally environmentally friendly means has resembled the proverbial search for the needle in the haystack, according to those responsible at Bayer. Huge drug libraries with over 40,000 entries would have to be tested with the help of countless experiments on a variety of crops. “A time-consuming and cost-intensive effort, which is characterized by manual and subjective decisions,” states the Group.

This is where the SIMPL (Small Molecules Imaging Platform) project comes in, which Bayer has put on the rails together with Leadvise Reply GmbH and Thinkport. The entire process of analysis and testing of active ingredients has thus been completely redesigned, which also convinced the jury in the Digital Leader Award (DLA) 2021 competition.

This is how it works: in the field of crop protection, fungi take on various forms after contact with a substance from the drug library, which allow a statement about the reaction. Previously, these results had to be categorized manually. Using the SIMPL platform, machine learning models can automatically analyze fungi. This allows researchers to search specifically for relevant reactions. On the basis of the pre-analyzed photos and with the help of complex calculations of neural networks, it is possible to test significantly faster and, above all, more active substances and thus to make more precise statements about the prospects of success in the entire research process.

Another area is phenotyping. They are concerned with identifying and analysing influences on the development of plants using images and different light spectra. Different light spectra are used for the analysis in order to be able to detect changes in grasses, for example, at an early stage. The pre-processing of the images and the analysis is now done in the cloud, on the SIMPL platform. Because no researcher could examine thousands of photos of grasses every day to detect mechanisms of action.

The first conclusion is promising: the time from the experiment to the result visualization could be partially reduced from three weeks to one week. In addition, manual and fragile digital processes could be reduced from six to two steps. Last but not least, the switch from local, closed systems to a flexible cloud platform allows more efficient cross-functional collaboration, which also inspires further application scenarios. For example, other areas at Bayer are now also interested in the platform. In tomato breeding, for example, products are divided into quality classes.

This is done manually or via rough estimates. However, large customers then do not know exactly what they will receive from the producers. This problem can be solved with SIMPL: The quality class of each plant is automatically recorded, evaluated and documented.

These successes are also due to a new organization and good change management. Bayer speaks of an immense challenge to redesign the usual approach to research. Another hurdle was the complex starting situation: The Crop Science (agriculture) division had previously been restructured in the course of an M&A process. At the same time, the corona crisis reached a first peak. The already challenging collaboration across time zones also had to be redefined for employees at the same locations.

Since many different stakeholders were involved, a common basis for the objectives was first developed. The team used Google’s “Objectives and Key Results”methodology to define milestones. The goal was to establish a new way of working and thinking through positive experiences. “During the project, we learned that we don’t think in terms of” outcomes”, but rather define requirements and have them translated into a solution by the technical experts, ” says Sarah Lewandowski (SIMPL Product Owner, Manager Leadvise Reply). In addition, ongoing projects have been integrated to ensure greater transparency and more structure.

The co-creation of solutions instead of a rigid project plan was crucial, say Bayer executives. It was important to find a common language level: “Not every scientist is familiar with cloud technologies, not every AWS consultant with phenotyping plants.“

Especially in dealing with cloud and machine learning offerings, the Bayer team developed its own approach. Since a corresponding solution has not yet been implemented, it was necessary to quickly gain knowledge and experience – especially in order to reduce uncertainty on the part of the researchers.

“For mutual understanding, it helped us to see videos of the research process, as a trip to the research sites was not possible due to COVID. On the other hand, we were able to better illustrate the technical result with the rapid prototypes.says Steffen Stammel (IT Product Manager, Bayer). As a first step, the project team developed rapid prototypes to test individual components for the respective purposes. Components could also be replaced at short notice if another tool turned out to be more robust or simpler.

Bayer executives ‘ assessment of SIMPL is positive. So far, a large number of individual decisions have been necessary to achieve progress. With the new technology, the evaluation is now carried out on the basis of measurement points that are not visible to the human eye of the scientists. “Instead of manually searching the needle in the haystack, the search is automated.“