With the Catalyst IE9300, Cisco has introduced a switch that offers automation, segmentation and management tasks for OT (Operational Technology) environments. […] 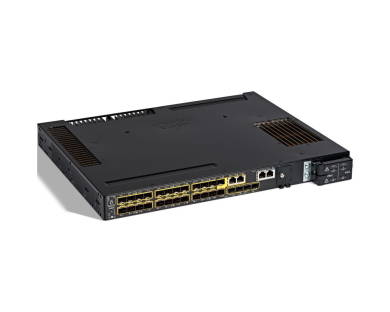 Networking giant Cisco is expanding its Catalyst switch family to enable companies to better bring their industrial and OT (Operational Technology) systems under a common roof with traditional computer networks.

The switch, which sails under the name Catalyst Industrial Ethernet (IE) 9300, should also be operational in robust environments, such as utilities, the oil and gas industry or road and rail transport.

The 9300, which occupies a unit in the network cabinet (1RU), is based on the same Unified Access Data Plane Application-specific Integrated Circuit (UADP-Asic) found in other Catalyst 9000 devices. In addition, the latest Cisco scion has 28 Gigabit Ethernet ports. Up to eight of the switches can be stacked on top of each other and managed as a single system.

In addition, the Catalyst IE9300 uses the in-house IOS-XE operating system and is managed via Cisco’s DNA Center network control platform. Finally, the Cisco Identity Services Engine ensures the security of the systems.

Bridging the gap between IT and OT

With the IE9300, more sophisticated corporate network functions such as automation, segmentation and administration as well as the ability to detect and fix problems independently are also to be introduced into OT environments.

Although such solutions are widely used in traditional IT network infrastructures, they are less common in industrial networks, according to a Cisco press release. However, this could endanger reliability, especially for critical infrastructures, it is further argued. According to Cisco, the Catalyst IE9300 switch should now enable this bridging.