Home • News • Cloud Computing: Does Oracle play in the Concert of the Greats?

Cloud Computing: Does Oracle play in the Concert of the Greats?

Oracle has recently won several important customers for its public cloud offering. Can the company eventually catch up with Amazon, Microsoft and Google? […] 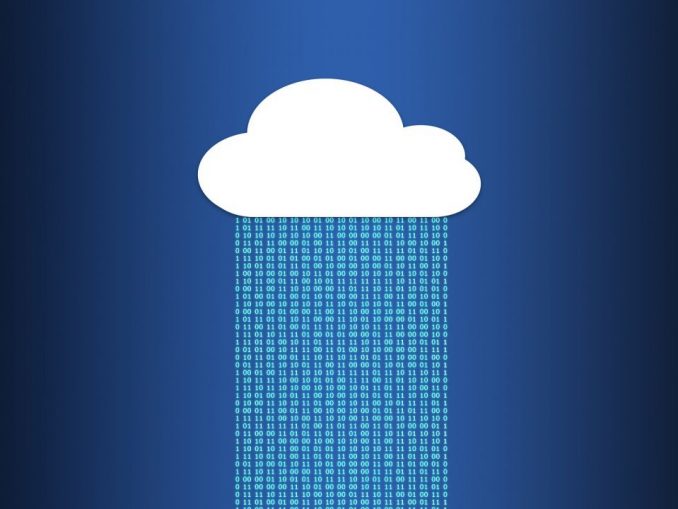 Francesco Stasi, CEO of BotSupply, had just presented its Chatbot technology at a conference in Copenhagen, when he was approached by a Oracle Manager. He told him about his company’s plans to expand its intelligent virtual assistant platform. Oracle will help BotSupply create multilingual chatbots – also in Danish, which was quite unusual.

This happened in 2017. The outstaffing startup and the software giant signed a contract, and the following year BotSupply moved from the Google Cloud Platform (GCP) to the Oracle Cloud Infrastructure (OCI). According to the Stasi, this step also succeeded in reducing IT infrastructure costs by 70 percent. The deal is one of several recognition successes with which the global number one in database software has also established a fragrance brand in the booming market for infrastructure-as-a-Service (IaaS).

Although Oracle is not yet able to compete with many customers in the IaaS business, the OCI has made headlines in the pandemic spring of 2020. The software company was able to win the then booming video conferencing specialist Zoom as its customer. Every day, the Oracle cloud for Zoom had to process up to seven petabytes of data to keep people around the globe in touch. A tough test that earned the company a reputation: brands such as Mazda, FedEx, 7-11 and DropBox are now also among Oracle’s IaaS customers.

In truth, Oracle has had to take some detours to gain attention in the IaaS market dominated by hyperscalers Amazon Web Services (AWS), Microsoft and Google. Ross Brown, who heads OCI’s go-to-market strategy for Oracle, admits that Gen 1 copied the established vendors and essentially sold access to hypervisor servers where multiple customers share computing, storage, and other virtual machine resources. For the big three, who wanted to support their e-commerce, enterprise software or search engine business, this approach was the right one. Oracle’s cloud offering, however, he said, was overstrained on the performance side.

“OCI was not developed properly at first,” confirms Gartner analyst Sid Nag, who is familiar with the cloud infrastructure market. In any case, in his estimation OCI could hardly have gained traction without a reasonable differentiation. Oracle founder, chairman and CTO Larry Ellison soon realized that.

A hard swing followed after specialists from AWS and Microsoft’s Azure team applied to redesign the OCI. Gen2 is now sold in the form of “bare metal instances”, whereby physical servers are assigned to the individual tenants or companies. This gives OCI customers the advantage that latency problems do not occur when too many companies share computing resources, says Brown. “There are no noisy neighbors.“

Among the customers who see this as a decisive advantage is Phenix Software. The company processes and synchronizes video streams for live sporting events, auctions and festivals for millions of fans. During the pandemic, this business experienced an enormous boom, says Stefan Birrer, co-founder and chief software architect of the company.

Since live events generate “enormous amounts of video-on-demand data”, Phenix needs an infrastructure that can handle hundreds of thousands of simultaneous users. According to Birrer, OCI was able to provide CPUs on a large scale at low cost. “Everything went smoothly,” says the company’s software chief.

A look at Oracle’s recent results shows that Oracle may have hit a nerve with the Gen2 offering. In the third quarter, the company reported sales growth of 100 percent for OCI. “They did a good job,” says Gartner analyst Nag. The profitability in this business can also be seen, especially since Oracle is inventive with the features offered.

Ultimately, however, the strong growth is based on a comparatively small base. But as the market for IaaS continues to grow strongly, the Gartner man believes that Oracle will continue to score points here. Gartner expects global spending on public cloud services to grow 23.1 percent this year to a total of $ 332.3 billion, up from $ 270 billion last year.

To get closer to the Big Three, Oracle has signed a contract to run virtual machines on OCI bare metal instances. Oracle has also partnered with Microsoft to support applications that run in Azure but are powered by a database hosted in OCI. The company has thus succeeded in convincing some users of its application software solutions PeopleSoft, J. D. Edwards and Fusion to migrate to the OCI.

One example is Alliance Data Systems, a loyalty marketing and payment software specialist, which in 2018 was faced with the question of whether it should extend the lease for its data centers or switch to one of the major cloud providers. Edwin Flores, IT infrastructure manager, decided to migrate to the cloud and chose Oracle because PeopleSoft’s financial and human resources applications and Hyperion reporting software were already in use.

Flores says in conversation with CIO.com, he had feared that the company-specific business applications with connection to the Oracle database software could otherwise no longer function properly. “We didn’t want to lose what we have built up here if we switch to another provider,” says the IT manager.

According to Flores, the company, which has moved 60 TB of data to the OCI, is now processing tasks around 25 percent faster and at the same time reducing costs by up to 40 percent. In addition, IT employees would no longer have to deal with the hardware and could concentrate on software innovations. “This was a big step for our company,” says Flores.

The challenge for Oracle will be to find new cloud customers beyond the traditional clientele. In addition, the company will have to prove that it also wants to support customers ‘ multi-cloud ambitions in order to fully meet their requirements. “The biggest challenge is to attract customers who really think cloud-native,” says Gartner Mann Nag. Legacy customers who switched to OCI were not enough. The crucial question is: “How many new customers will say: ‘ I want to run in the OCI’?“

In the cloud business, Oracle will probably try to anchor itself as well as AWS and Microsoft in customers ‘ business models through “co-innovation agreements”. AWS, for example, works closely with Volkwagen or Takeda Pharmaceuticals to develop software for COVID-19 drug research for this company. Johnson Controls has partnered with Microsoft to create digital twins of buildings. Finally, Equifax has opted for the Google cloud to support operational processes around machine learning (ML), analytics and fraud detection.

In the end, close cooperation with customers will mean that these customers will use more services – at least that is the common logic. According to this, Oracle needs more co-innovation partnerships, as they exist with BotSupply. Together, the companies are working on better NLP capabilities of the Oracle Digital Assistant, the company’s enterprise chatbot platform. For example, Citizen Developer sin is designed to quickly and easily create bots for customer service, human resources and other operational functions for the specialist departments of the companies, says Stasi.

BotSupply is also working on a new project using Oracle’s “Auto Datawarehouse”, which enables customers to automatically gain insights from emails, transcripts and other data sources. This data should help to further improve the functioning of intelligent assistants.

But chatbot competence is a little bit less to get into conversation with major customers for strategic partnerships and to maintain the preference over the hyperscalers. “They have not yet shown a way to really differentiate themselves,” says Nag. This is exactly what will matter for the world’s second largest software house.

* Clint Boulton is senior writer for the US sister publication cio.com.