With the Concept Luna, Dell Technologies has presented a design according to which laptops could be manufactured more sustainably. […] 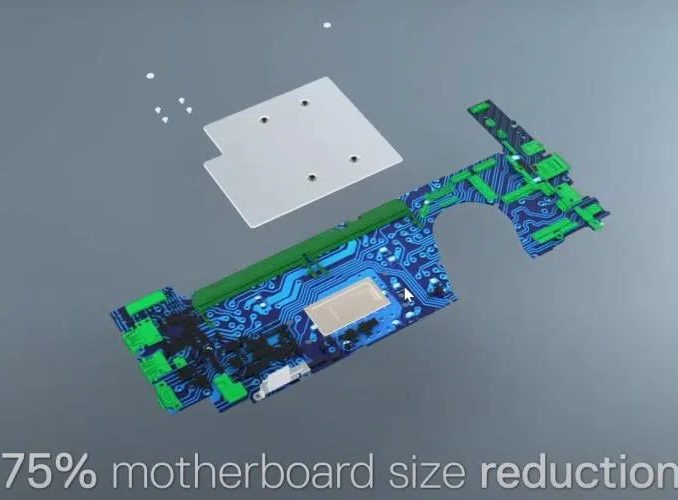 Like most large companies, Dell must also aim for CO2-neutral management. Conventional recycling approaches fall short of this, which is why the manufacturer wants to promote a more sustainable design of laptops as part of the Luna concept. It is about being able to reuse the components of the portable ones better in the sense of the circular economy.

Laptops according to the Luna concept visually differ little from standard laptops from Dell, but inside there are significant differences. In the more environmentally friendly models, most of the interior is no longer under the keyboard, but – similar to a tablet – behind the screen. The battery remains where it was, but the motherboard and other components now disappear behind the screen and are passively cooled there, which also reduces the energy consumption of the computers.

According to Dell, Luna should make it easier to repair notebooks, and the reusability of components is also convenient. According to the manufacturer, the motherboard alone could go through three complete life cycles in the future. The motherboards would then be removed from the old computers of the customers given in payment and installed again.

It would be conceivable, for example, that Dell would reuse the motherboards from returned high-end models in mid-range notebooks after two or three years. This could also apply to other components, and the users themselves should also be able to replace elements more easily and thus extend the service life of their devices.

Dell speculates that with the submitted design proposal, it will be able to reduce its CO2 footprint by 50 percent – mainly due to the interchangeable components. However, the company would need a more flexible pricing strategy for this: some discounts are likely to be needed to entice consumers. The PC manufacturer also writes very carefully in a press release that Luna serves to test new ways, it is not yet a matter of producing and selling on a large scale according to the new concept.

Dell is making a first impact with the Concept Luna, other manufacturers are likely to follow soon. Environmental and consumer protection activists claim the “right to repair”, in times of dramatic climate changes, devices without repair and recycling options are less and less justifiable. The recently introduced framework laptop is entirely focused on this idea, and even with the new MacBook Pro, Apple has made some positive changes that affect the repairability.