Whether consumers will be able to decide for themselves which terminal device they can use at the Internet connection in the future depends on the requirements in the new Telecommunications Act. This is expected to be discussed and adopted in the National Council before the summer. Consumer advocates like epicenter.works warn of far-reaching consequences for all Internet users. […] 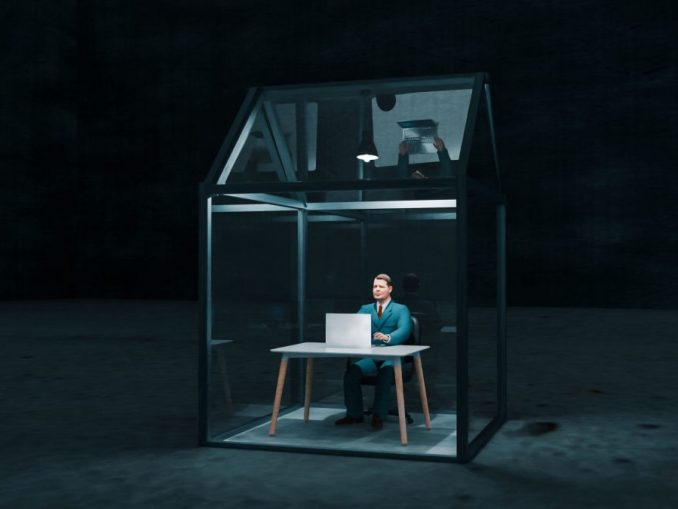 In order to implement the European Code of Electronic Communications into national law, Austria is reforming its Telecommunications Act. The specific wording in the new law will make a decisive contribution to whether consumers will be able to decide for themselves in the future which modem and router they use on their Internet connection – or whether they are restricted to the devices of their Internet provider.

In other countries such as Germany and Italy, free router selection was (re) established years ago. Here it is clearly defined in the relevant regulations that the network of Internet providers ends at the can on the wall, and not just behind the modem. This is often already part of the router, as millions of Internet users in Austria. If the law allows providers to define the modem as part of their network, this would have far-reaching consequences for the protection of personal and sensitive data of all consumers. In addition, many Internet users would have to use devices that do not meet their actual needs.

Consumer advocates and clubs like epicenter.works and FSFE (Free Software Foundation Europe) therefore call on the Austrian government to establish the so-called router freedom as a standard in the new amendment. “The IT security, privacy and data protection of consumers must not be abandoned in favor of the business practices of ISPs,” says the Vienna-based association epicenter.works. Router freedom must be enshrined in the reform text. “It should be a matter of course that everyone can freely choose and use a router and a modem of their choice for their Internet connection, just as you know and do with smartphones and other devices,” emphasizes the association, which emerged from the working group Stock Data Austria (AKVorrat). Seven years ago, the association already brought about the abolition of data retention. The action before the highest courts in Europe (ECJ) and Austria (VfGH) led to the abolition of mass surveillance without cause. Since then, the organization has stood up for the fundamental right to privacy and against excessive surveillance.

Already three months ago made epicenter outstaffing works draws attention to the fact that, according to the draft of the new Austrian Telecommunications Act, the decision on the freedom of routers is fully delegated to the national regulatory authority RTR, instead of basically enshrining this right in the text of the law. In extreme cases, according to the consumer protection, this could lead to rules that could completely block the right of Internet users to use their own devices.

“With this reform, Austria has a unique opportunity to strengthen the rights of consumers by guaranteeing router freedom at the legislative level and thus promoting an open market,” epicenter highlights.works the opportunity for those responsible to bring about a positive change.

Survey: Majority of all consumers in Austria want router freedom

As a recent survey shows, a clear majority of consumers want to be able to decide for themselves which router they use on the Internet connection. This is the result of a representative survey, the results of which were published by VTKE (Verbund der Telekommunikations-Endgeräteher Hersteller) at the beginning of May. Nearly two out of three consumers in Austria (62%), it would therefore be important or even very important that your Internet service provider or network provider can tell you if no device binding. In their opinion, providers should be obliged to provide the necessary Internet access data. Only for 12 percent the freedom of choice for the terminal would be ” rather unimportant “or”quite unimportant”. More than a third of all consumers (34 percent) would even use the free choice of terminal equipment immediately and use their own router.

Epicenter.works refers to routers and modems as “gatekeepers” for most online activities. “Consumers must be able to choose a device that allows them to use security and privacy settings that meet their needs,” warns the association. Most ISPs would only offer a few router models. “This poses risks to the freedom and safety of their consumers. For example, if major problems or vulnerabilities occur, an enormous number of users would be affected at once. A lack of router freedom thus endangers the privacy and security of consumers and their personal data,“ the association said in a statement. Also, router freedom reduces the likelihood that the router market will be dominated by only one or a few products or manufacturers.

The Free Software Foundation Europe (FSFE) has prepared an activity package for individuals or organizations who want to work for router freedom and want to get in touch with regulators and decision-makers in their country. In addition, there is the possibility to participate in a survey on router freedom (https://survey.fsfe.org/index.php/628449). The results should help to draw the attention of decision-makers to the problem of forced routers.