While SAP is focusing on the future with S/4HANA in the cloud, customers are struggling with software problems in the here and now. […]

“In terms of integration, there is still a need for action,” said Jens Hungershausen, Chairman of the Board of the German-speaking SAP User Group (DSAG) at the start of the annual conference of the SAP User Group, which is also held virtually this year. For years, users have complained about the integration of various SAP applications as well as partner and third-party solutions. The software group already promised improvement in 2019 and promised its customers an interface expansion for end-to-end processes in the SAP environment.

However, users are not yet satisfied with this. Only a good quarter of the user companies surveyed by the DSAG assess the current status quo in terms of integration as good, 44 percent give the SAP a satisfactory. 14 Percent each rate the integration as merely sufficient or even inadequate. “The result should be understood by SAP as a further, clear wake-up call,” Hungershausen commented on this result.

SAP also seems to have work to do in harmonizing data models. Only 16 percent of the surveyed users rate the progress in this regard as very good or good. “Harmonized data models play an essential role in terms of intelligent, cross-application networking and integration,” the DSAG BOSS made clear. The fact that only 16 percent of companies are satisfied with this indicates a great need for action and information.

Christian Klein, CEO of SAP, defended the efforts of the software group. in 2021, 280 integrations had already been delivered, and a further 170 would follow in the fourth quarter of this year. In general, SAP is making good progress in terms of innovation. In the current year, 3200 innovations would be incorporated into its own software portfolio. Klein pointed to a research and development budget of around five billion euros annually and stated: “SAP delivers – in terms of innovation and integration”.

The fact that this is not yet so well received by many users could also be due to the fact that the development and innovation focus of the Walldorf-based company is primarily on the current product generation S/4HANA. Only a quarter of DSAG members are already using S/4HANA, and another fifth are in the process of being introduced. The other companies are planning the change (37 percent), have not yet decided (six percent) or do not want to change at all (nine percent). 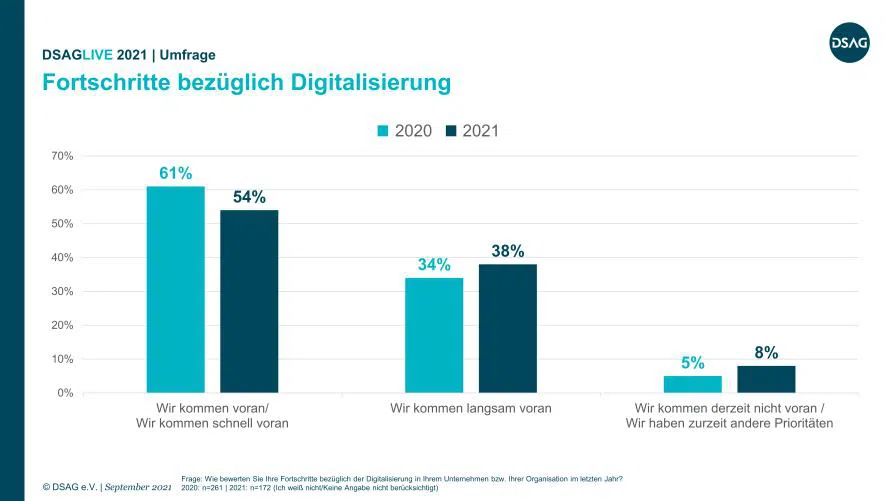 However, this also means that many companies still work with older SAP releases. SAP CEO Klein did not want to let the accusation of cutting off these users from the innovation pipeline sit on his shoulders. He pointed to regulatory requirements in the wake of Brexit, which SAP has incorporated into its legacy applications, as an example. The fact that such legal changes are reflected in the software should, however, be a matter of course for users of older SAP applications, especially since they pay a lot of money for their maintenance contracts. However, whether they will also benefit from the AI-based innovations promised by Klein is another matter.

The current figures show that the S/4HANA train is taking off. Thus, the proportion of companies that are already working with the current SAP software is increasing, while the number of those who are planning to use it is gradually decreasing. However, the happiness of those affected is rather limited. The projects are considered complex, expensive and usually take many years to complete. Hungershausen also noted that many S/4HANA changers were still seeking purely technical migration and were not interested in organizational changes. 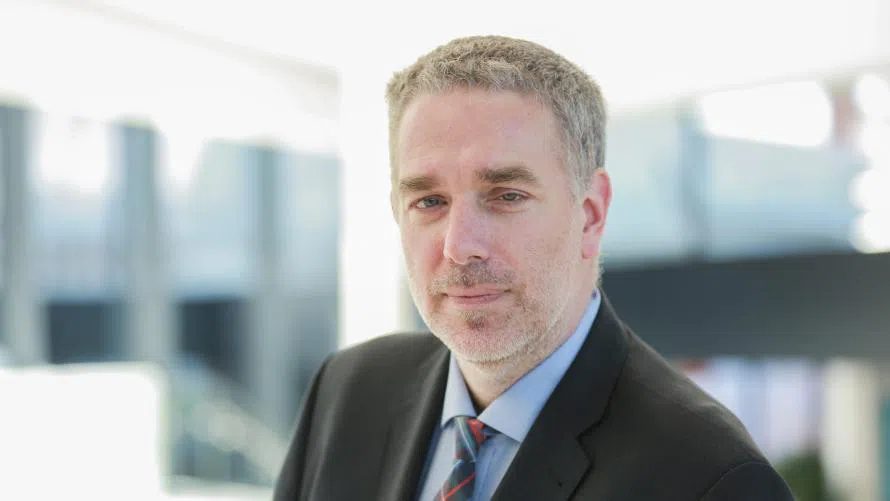 The DSAG BOSS spoke of a digital dilemma in which many companies were stuck. They would have to strike a difficult balance between securing their livelihoods today and preparing for tomorrow. Often there is a lack of courage to change. “The momentum of 2020 has waned,” said Hungershausen. Perhaps in some cases there is also a lack of pressure to act, which would slow down innovations. That could take revenge later.

In fact, the DSAG survey on digital progress shows that only 54 percent are confident. A year ago, it was 61 percent. The number of people making slow progress has risen from 34 to 38 percent. Eight percent say they are not making any progress or setting other priorities. A year ago, it was five percent.

SAP CEO Klein encouraged DSAG customers to make a bolder transformation. It is about putting business models and processes to the test and adapting them, even if they had worked successfully and profitably in the past. “We have to act now so as not to lose touch.” The manager created the image of a deeply connected, intelligent company. It is about rethinking supply chains. In many places there is a lack of transparency, companies need more real-time control.

According to Klein, it is no longer a question of whether, but when the companies set off. If companies were struggling with this, it was also because new business requirements collided with a complex IT reality. SAP wants to build a bridge between both sides with its new solution package. In addition to S/4HANA, this includes the Business Technology Platform (BTP) and, as of this year, Business Process Intelligence (BPI), which is essentially based on the acquired Signavio solutions. 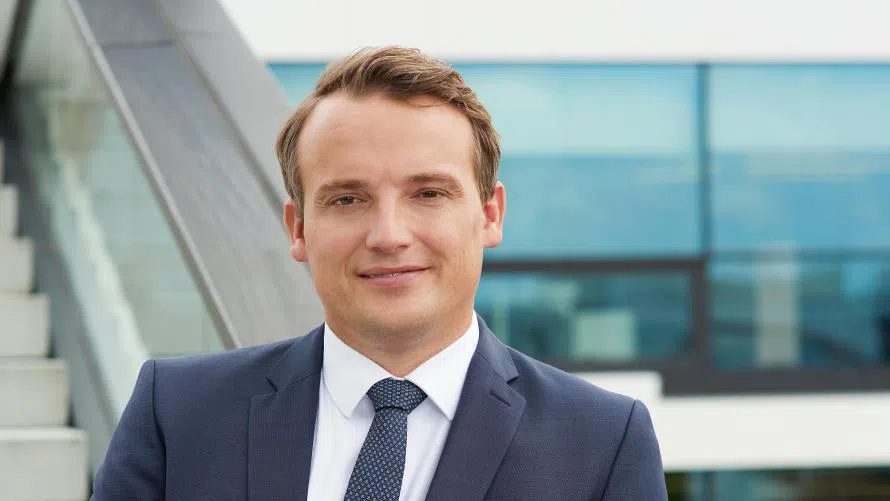 “We have to act now in order not to lose touch,” says SAP CEO Christian Klein, urging his customers to tackle the digital transformation (c) SAP SE / feinkorn photography

For Klein, there is no alternative to the cloud. With the Rise with SAP program presented at the beginning of the year, the aim was to pave the way for customers. The software group’s promise is that users will be able to focus entirely on the digital transformation of their business, while SAP will take care of the transition and operation of the associated software in the cloud. A number of companies have already opted for this program, reports Klein, including the retailer Coop and Siemens Energy.

But the users do not really want to get involved here. 46 Percent of DSAG members are generally positive about the cloud. However, this does not automatically apply to SAP’s cloud solutions. According to the survey, only 30 percent of customers speak of positive cloud experiences in the SAP area. By contrast, 60 percent have had good experiences with cloud solutions from other manufacturers. “Only a third of approval is a surprising result,” Hungershausen said, recommending SAP make more efforts in licensing, integration and security. For example, user companies needed better testing options for SAP solutions in the cloud without having to negotiate licenses with a sales representative.

SAP and DSAG emphasized their good relationship at the annual meeting of the user representation and pointed to a fruitful cooperation in recent years. But in the intermediate tones again showed that it crunches in several places. Hungershausen sees a need for discussion on the topic of licenses and warned of a digital divide in the economy. Even if the consequences of the corona crisis in many companies have not been as drastic as feared, not every company can put any amount of money into its digital transformation.

His Austrian colleague Walter Schinnerer demanded more options from SAP with regard to their cloud strategy. The fact that SAP’s health solution will only be offered as a cloud option in the future is not acceptable to customers. Schinnerer expects a solution to this problem by spring 2022. As a representative of Swiss SAP users, Jean-Claude Flury is critical of SAP’s pricing models and warned the software group not to feel too confident about its customers. The time of monolithic software suites is coming to an end. There are many new, flexible providers on the market, on which an SAP must also be measured.

Get a free quote
PrevPreviousCitizen Developer: Software Development as Self Service
Next5 Reasons Why Managed Services Is Beneficial for Businesses (Right Now)Next