Home • News • DSAG Technology Days: The desire and reality of the SAP Cloud

DSAG Technology Days: The desire and reality of the SAP Cloud

According to the software provider SAP, all customers will be able to purchase ERP solutions from the cloud in the future. At the DSAG technology days, however, a different reality was revealed. […] 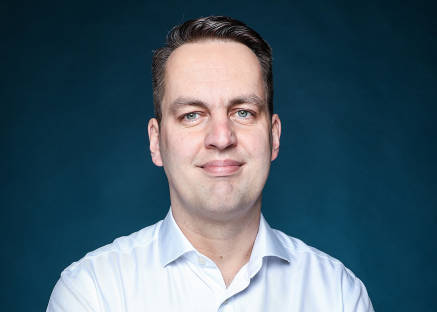 The ERP world market leader SAP has committed itself to the transformation into a cloud provider. The project does not meet with love from customers everywhere. Companies do not want to give up control over their business-critical processes. Accordingly, customers are hesitant to follow SAP into the cloud: out of around 440,000 companies worldwide, just one in eleven obtains one of the business applications from the “cloud”.

In many places, there are hybrid scenarios in which business applications run in their own data center and, for example, HR solutions such as SuccessFactors are added from the cloud.

According to Sebastian Westphal, the German-speaking SAP User Group (DSAG) is in principle in agreement with the German software group on the cloud strategy. “The cloud is right and important, but it is not the only option.

In many companies, the path will be a hybrid one,” Westphal said at a media conference on the sidelines of the “DSAG Technology Days” at the Congress Center Düsseldorf. SAP has imposed a “significant” transformation program with the cloud strategy.

However, the portfolio is currently very complex, the integration of the various solutions is not yet sufficient and, last but not least, the pricing models for the software as a service are not flexible enough, according to the DSAG representative.

SAP Chief Technology Officer Jürgen Müller, on the other hand, attended the media event with the number of around 40,000 customers who had already opted for business software from the cloud. According to MÜLLER, SAP has the widest portfolio in the market and is experiencing “strong growth” in the segment.

With the “Free Tier” offer for the Business Technology Platform (BTP), thanks to which the cloud services can be used free of charge for a limited period of time, SAP is supporting its customers with the migration to the cloud.

Security Dashboard instead of blog reading

In response to the criticism of the lack of integration, the head of technology replied that SAP had invested a lot in recent years and had also delivered. Today, users can use various solutions via uniform user interfaces, the processes are consistent and the updates can be imported centrally. Since the beginning of 2021, SAP has delivered 232 new features across all applications, according to Müller.

However, there are some integration gaps, Westphal explained. In the search for possible attack vectors through the “Log4Shell” vulnerability, the administrators had to consult about 300 blogs and documentation to make sure that none of their SAP applications were vulnerable.

After all, nothing has become known about an attack on an SAP customer or even a data outflow. Nevertheless, the Board of Management reiterated the demand for appropriate communication with the security managers in the customer companies.

“There is an urgent need to implement a security dashboard, a core requirement of DSAG for two years now,” Westphal added. Mueller promised his company would deliver.

*Mark Schröder is an editor at COM! professional.