How do Europeans feel about modern technology such as AI or robots? An international study shows that Europeans sometimes have a high level of confidence in artificial intelligence. […] 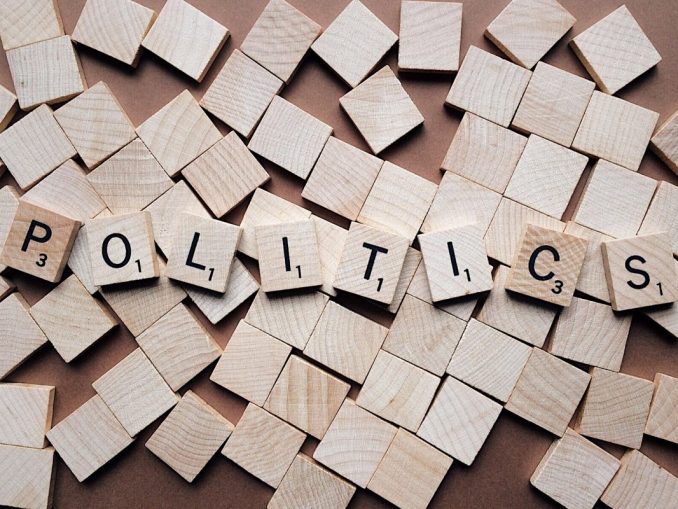 The reputation of European politicians is not good: 51 percent of Europeans would rather replace their parliamentarians with an AI algorithm. The hope is that an AI – if it has access to the personal data – will take better care of the well-being of citizens than politicians. This is the result of the study European Tech Insights 2021. As part of the study, the Center for the Governance of Change at the Spanish University IE surveyed 2,769 participants in Estonia, France, Germany, Italy, the Netherlands, Poland, Spain, Great Britain, China and the USA.

Spaniards seem to have particularly little confidence in their politicians. There, 66 percent could imagine an AI replacement, followed by the Italians with almost 60 percent and the Estonians with 56 percent. In comparison, German politicians still get away with a black eye in the 2021 election year: only 46 percent of Germans would replace their politicians with artificial intelligence. However, policymakers should be careful not to sit back satisfied with this outcome, as the younger generation is beginning to see a different picture. Across Europe, 60 percent of 25-to 34-year-olds would prefer AI over human politicians.

It is also interesting to take a look at China and the USA. For example, 65 percent of Chinese could imagine replacing their politicians with AI. A result that, however, is not surprising due to the defacto one-party system there. In view of the last election campaign, however, it is rather surprising that in progress-believing America, 60 percent of respondents are still behind their politicians and only 40 percent would prefer an AI.

There is also a resounding slap in the face for politicians on the question of how they could restore the playful trust. Apart from Sweden and China, the most important point of action in all countries of the survey is the abolition of corruption. Reform of the electoral system is also very important for many Europeans. Only the French and Germans put a different emphasis here. For them, online referendums on important political decisions are second on the agenda.

The idea of being able to vote resonates with 72 percent of Europeans. The prerequisite is that the digital choice is one hundred percent secure. Even the Germans, who are often described as tech buffoons, can imagine almost 70 percent of them casting their vote via smartphone instead of going to a polling booth. In China, even the overwhelming majority (81 percent) is in favor of elections via smartphone. Only U.S. citizens are more reserved in international comparison. Just 58 percent consider a vote via smartphone to be a good idea. One explanation for this may be that many Americans still have the experience of the last presidential election in their bones, when Trump caused uncertainty for months with numerous trials and the myth of the stolen election.

Since Spaniards, Italians and Estonians would already prefer to replace their politicians with an AI, it is not surprising that in these countries many citizens would also prefer to see decisions on the payment of social assistance and visa applications for working abroad processed by an AI rather than by a human being. Around one third of the population in Europe share this view. Even the approval of mortgage loans or court decisions via AI can be imagined by a quarter of Europeans.

However, the love of AI is over when it comes to medical diagnoses – only twelve percent of EU citizens would be willing to do so. On the other hand, trust in Doktor Digital is greater in China by international comparison: there, almost a third would prefer to have a medical diagnosis made by AI.

Europeans, on the other hand, have much less confidence in services that robots do. Although a third of the respondents can imagine that a robot delivers the packages. However, at the thought of placing an order with a robot in a cafeteria, the approval rate drops to a fifth. Even worse is the approval of robo-taxis. Just 15 percent would be taken home by such a taxi. And an absolute no go in Europe is the idea that a robot does a medical examination. 92 Percent of EU citizens rely on the human doctor.

However, as in many things, Europe does not speak with one voice here, so there are a number of regional differences. For example, the robot is highly popular as a parcel carrier in Estonia (78 percent), Poland (43 percent) or Sweden (38 percent). And in the Netherlands, something must be wrong with the service staff in the cafeterias, because 30 percent would prefer the machine here, while in the rest of the surveyed EU countries the values are between 13 and 22 percent.

A similar assumption is obvious with regard to health care in Poland. While in Germany or France, for example, only two or four percent can imagine a medical examination by a robot, in Poland it is almost 20 percent. The world leaders in robot adoption are again the Chinese, while Europeans and Americans have roughly the same views on robots.

* Jürgen Hill is Chief Reporter Future Technologies. The graduate journalist and computer scientist currently deals with current IT trend topics such as AI, quantum computing, digital twins, IoT, digitization, etc.In addition, he has a long-standing background in the field of communications with all its facets (TK, mobile, LAN, WAN).