Fashion company S.Oliver: On a digital course with squad teams

With agile teams, IT boss Thomas Herbert and digital Manager Marius Strassberger are driving digitization at the fashion company S.Oliver. […]

At the headquarters of the S.Oliver Group in Rottendorf, Lower Franconia, the signs are pointing to change. “Digitalization is now a central part of the corporate strategy,” says Thomas Herbert, Director of S.O. Technology and Head of IT at the company, which was founded in 1969. In November 2019, the fashion group streamlined its management to three members. In addition to CEO Claus-Dietrich Lahrs, only one COO and the CFO form the top management. Since then, digital change has also picked up speed, Herbert recalls. The role of IT has changed. For example, the former IT department now operates under S.O. Technology.

The framework is set by the corporate strategy developed in 2020. The full name of S.Oliver Bernd Freier GmbH & Co. KG defines the three core values of responsibility, strength and trust. They also form the basis for the resulting digital strategy. “There are two fundamental goals associated with this,” explains Strassberger. “We want to create added value, both for customers and partners as well as in the internal value chain.“

For this, the Lower Franconians have defined nine goals that they want to achieve through a whole series of individual initiatives. Three roles are assigned to each goal: a sponsor, who usually comes from top management, a technically responsible objective lead and a technology lead. Methodologically, an agile operating model is behind it, as Herbert explains. This includes cross-functional “squad teams” with business and IT experts. They implement the digital projects and use agile methods such as Scrum, Flightlevels and Kanban. The teams regularly report on successes and results, for example in townhall meetings or via intranet.

One of the nine digital goals revolves around the “customer experience in e-commerce”. This is about the modernization of online shops. The S.Oliver Group currently generates 25 to 30 percent of its sales through e-commerce channels, and the trend is rising. “Digital customer experience is a central topic for us,” says Herbert. The tasks include consolidating end customer data from various sources and merging internal and external data sources. With a view to future omnichannel models, the fashion company also wants to merge data from e-commerce with those from the shops.

“We want to become a data-driven company,” Herbert sets the direction. Currently, the degree of maturity is still low. But in the future, they also want to use predictive analytics and machine learning to recognize patterns in the data and, for example, to be able to measure the success of marketing campaigns more accurately. 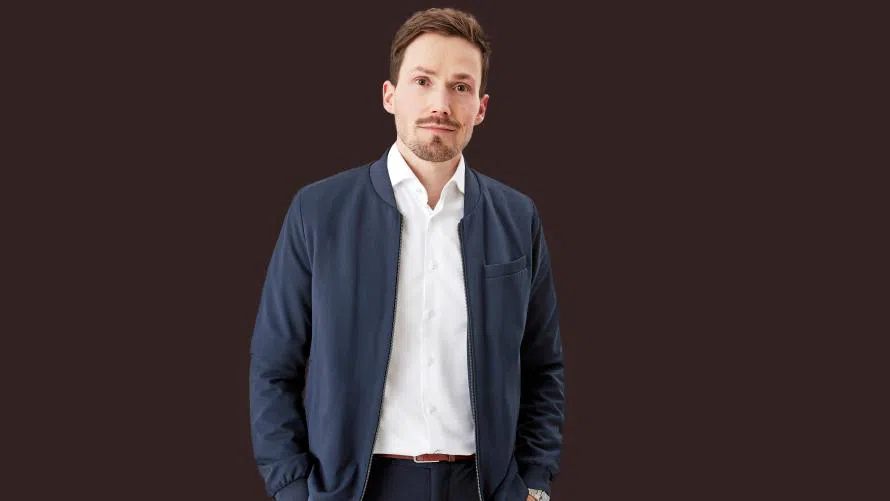 “We want to create added value, both for customers and partners as well as in the internal value chain,” says Digital Manager Marius Strassberger (c) S.Oliver

Another strategic goal is to build a “Digital Core 2.0” and revolves around the modernization of core applications. Herbert is not only concerned with technical aspects, but also with process improvements. The IT boss calls this “detox of processes”. For historical reasons, there are numerous different processes at the S.Oliver Group, which has led to a high level of complexity: “A lot of things were overengineered. A process change could already take 50 days.“ With the new system, he wants to achieve a standardization rate of 80 percent.

The strategic goals also include a more efficient IT operation. Cloud computing plays a key role in this. By 2025, Herbert no longer wants to operate his own data center and obtain almost all IT resources from the cloud: “We are already checking with every application whether it can be operated in the cloud or is ‘cloud ready’.“ S.Oliver is already quite far in the area of Software as a Service (SaaS). In addition to SAP systems, other cloud-based applications such as Microsoft Office 365 and Salesforce Commerce Cloud are also in use. For Infrastructure as a Service (IaaS) and Platform as a Service (PaaS), the head of IT relies on a multivendor strategy. Microsoft Azure is already set for this; in the future, Amazon Web Services and Google will also be used as providers.

Beyond such goals, S.Oliver is intensively engaged in talent management. “The market for IT specialists is very tense,” says Strassberger. Therefore, the topic of “Young talent Management” is an important building block for developing your own specialists. “Many IT specialists and executives are already coming from within our own ranks,” he reports. “But we also need impulses and experienced people from the outside.“

But how can experienced IT professionals and young IT talents be lured to Rottendorf in Lower Franconia? The company is increasingly focusing on employer branding. “Location is no longer a limiting factor,” emphasizes Herbert. In many areas, employees could freely choose the place of work. In addition, for example, networks have been established at universities and with alumni in order to position the company as an attractive employer. Soft topics are also important for the head of technology: “We rely on trust, flexibility and speed.“

The changed roles and responsibilities in the agile operating model were something completely new for the workforce, the manager looks back. “That was a bit like herding fleas at first.“ It is crucial for the success of the digital strategy to explain the benefits and added value to everyone. Particularly committed colleagues acted as ambassadors in the departments. Herbert: “At the end of the day, it’s all about creating transparency and strengthening networking in the company on a long-term basis.”