With a sophisticated digital strategy, the Hamburg-based multi-metal company Aurubis succeeded in making silo thinking disappear in the departments in addition to the data silos. […] 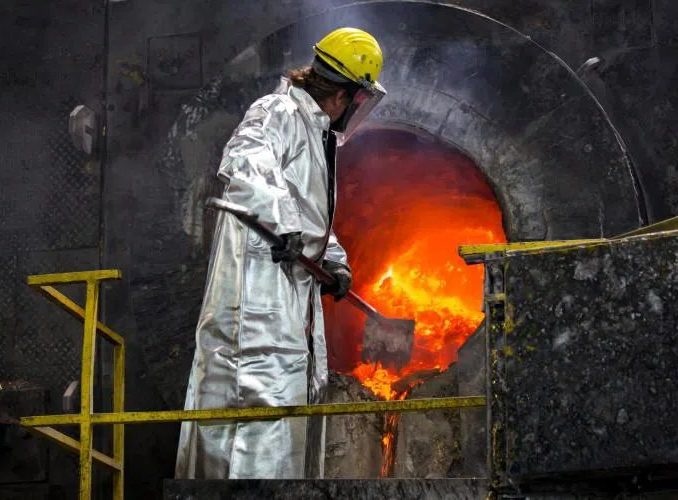 As a leading supplier of non-ferrous metals in Europe and one of the world’s largest copper recycling companies, Aurubis AG has a stable business model and has faced little pressure to change in recent years – which is why, until recently, only the most urgent adjustments were implemented on the IT side. This changed when Marcus Sassenrath was brought to Aurubis as Vice President Corporate IT in 2019. The new CIO developed a digital strategy and aligned it with the corporate strategy to drive the expansion of recycling capacity and positioning as a sustainable producer.

In addition to the digitization of processes and customer relationships, Sassenrath saw and sees special potential in the third focus of the digital strategy: the digitization of production. With condition monitoring and predictive maintenance, downtimes can be reduced, while digitally optimized production parameters in turn lead to a more valuable output and a reduction in energy and resource consumption as well as emissions. Another goal is comprehensive production automation supported by a digital twin of the metallurgical network consisting of the Aurubis production sites.

An essential prerequisite for the success of production digitization at Aurubis was the integration of the various data silos, which are mainly fed by the production control systems. In search of a suitable data platform to bring together, aggregate and prepare the data from the plants for data analysis, the participant in this year’s DIGITAL LEADER AWARD became aware of azeti GmbH at the beginning of 2020: The Berlin-based company with 20 employees had developed an industrial IoT platform and was for sale.

Azeti GmbH should remain as independent as possible after the takeover in July 2020 in order to preserve its agile mindset. On the other hand, she should be married to the tradition-conscious Aurubis at the same time so that the IIoT platform launch works smoothly. To master this balancing act, Aurubis launched the “Digital Factory”. It acts as a staple of digitization activities in production. This project consists of an interdisciplinary team from the fields of IT, production, OT, data analytics, process management and Azeti. Promising use cases were already collected in the first digital factory workshops, then prioritized in detail and together as a team. This resulted in a backlog with over 20 use cases, which are to be implemented successively.

Of the first six use cases, one has already been implemented: a shorter-term and more accurate forecast of power consumption at the Hamburg plant using Azeti’s IoT software. Since any deviation from plan consumption costs Aurubis money, it can save over one hundred thousand euros per year. The company expects the forecast to be even more accurate in the future using AI.

Aurubis is also implementing predictive maintenance for the anode casting wheel, a central system in the melting process: Sensors record the up to 1,500 daily movements of the gripper arms on the excavation of the anodes, which weigh around 400 kilograms. If the movement deviates from an ideal curve, the maintenance technician receives a corresponding notification thanks to predictive maintenance and can schedule necessary maintenance work in good time before, in the worst case, an anode falls and thus leads to a plant shutdown. 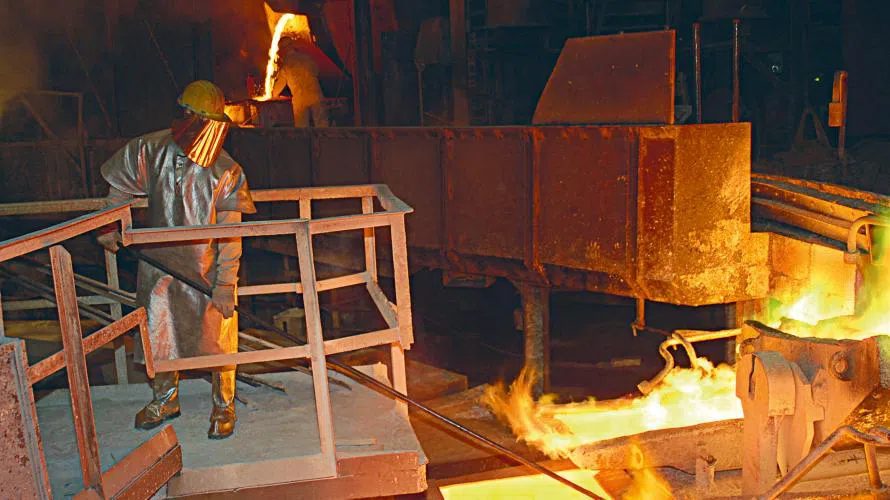 At the anode casting wheel, the liquid copper is poured into the anode form. In the worst case, failures lead to a plant shutdown (c) Aurubis

In order to strengthen the implementation of the digital strategy, a new digital organization was founded in the area of responsibility of the CIO, in which all digitization areas and initiatives-of course, the Digital Factory – are integrated. An agile project management based on Scrum with two-week sprints was established throughout the digital organization. Every six weeks, all relevant stakeholders and the Executive Board are involved in “Feedback Circles”. This, according to the plan, should make it possible to define intermediate goals at short intervals and thus to control the digital factory project in a targeted and at the same time flexible way and to make the successes visible.

“At first we were faced with an acceptance problem,” explains Aurubis CIO Sassenrath: “We needed the cooperation of our colleagues from the production areas for the implementation, but they were not yet convinced of the added value.”As a consequence, they went to the facilities with them to understand their problems – and to show them concrete solutions with the help of the Azeti platform. Or in short, Sassenrath says: “We listened a lot and quickly delivered something visible.“ 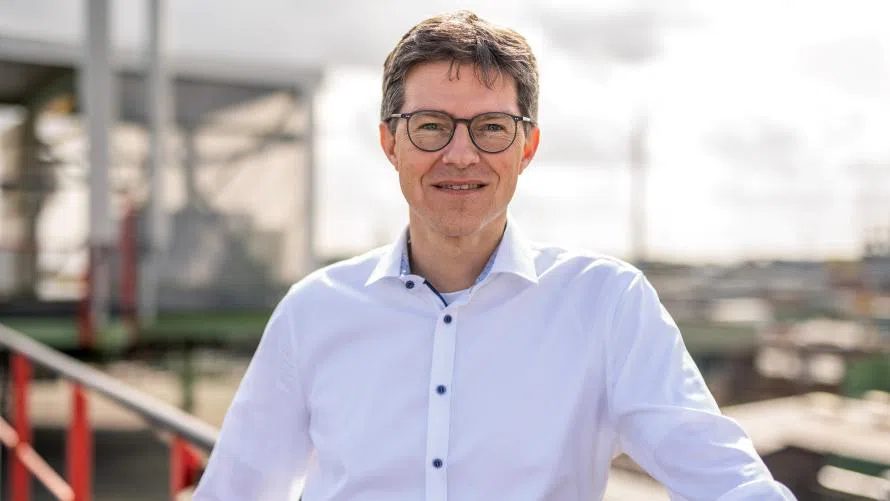 Overall, the IT outstaffing manager describes the experience after eight months of project work as consistently positive. The” departmental thinking”, which is also often complained about at Aurubis, was largely overcome, the Azeti software was able to prove its performance as a data integration platform and map concrete use cases. It was helpful that the project with the use case “Electricity forecast” brought a presentable success with measurable significant cost savings after a short time, Sassenrath explains. “After we started with a use-case orientation and gained experience, the basis is now created to select the use cases more according to the extent to which they contribute to our strategic goals.“

According to the Aurubis CIO, the assumption that “culture and mindset have to change first and then digitalisation will work” is wrong. Only with concrete results can culture and organization be changed, the CIO is convinced: “Solve concrete problems, make results visible, win people over. Then this works step by step with production digitization, then the silo thinking disappears with the data silos …“

* Manfred Bremmer deals with (almost) everything that falls into the areas of mobile computing and communications. He prefers to take a closer look at mobile solutions, operating systems, apps and end devices and check them for their business suitability. Bremmer is interested in gadgets of all kinds and also tests them.