A Germany-wide study by the personnel service provider AVANTGARDE Experts shows how people have fared in the home office since April 2020 until today. The spirit of innovation and the urge for change have given way to lethargy. […] 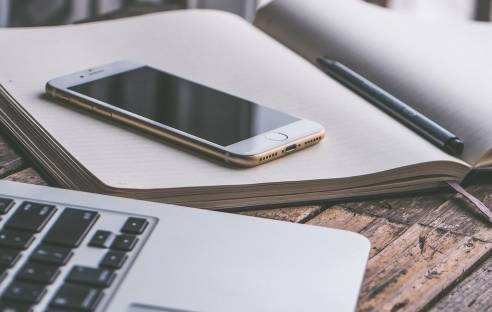 The completed course study by AVANTGARDE Experts and the market research institute Splendid Research shows which topics particularly concern people in Germany during the corona crisis in everyday work. After a year, the employees seem to be internally torn: On the one hand, they are very satisfied to sniff office air again in order to escape social isolation. On the other hand, your own four walls continue to offer more productivity and relaxation as well as less stress. Despite this dilemma, the willingness to change – professionally or privately – has fallen drastically in contrast to October 2020. Nevertheless, loyalty to the employer remains high despite home office and remote work.

In terms of entrepreneurship, the study participants want one thing above all: that their company survives the crisis compared to April 2020. The longing for innovation in comparison to October 2020 has subsided and given way to a loyal struggle for survival. Home office has already established itself in the work culture of companies and people have arranged themselves sometimes better, sometimes worse – more than half of the respondents would prefer to work from home forever. Were it not for this increasingly clear sense of loneliness. And the mood also wanders further and further into the cellar.

Life in lockdown: body and psyche sound the alarm

The survey results of the follow-up study show that respondents feel the effects of the pandemic again as strongly as in April 2020. They are depressed and suffer from loneliness and psychological complaints. Surprisingly, couples in particular struggle with an increased sense of loneliness (65 percent) and negative mood (71 percent).

Home or Office? Every second person wants to stay in the home office

With regard to the workplace, an inner conflict seems to be spreading after a year of Corona. Surprisingly, those who stay in the office every day are the most satisfied, in the last place those who sit in the home office without exception. Despite less satisfaction, however, the majority would prefer to stay in the home office forever. What is crumbling more and more is the work-life balance. 52 Percent of the men surveyed are now struggling with the mental demarcation between work and private life.

Loyal fight for Survival instead of Innovation

For companies, the crisis has a predominantly good to very good balance sheet. The restructuring to digital channels is currently receiving praise from over 80 percent of respondents. Above all, it is the corporations that are rated positively by their employees. Compared to the second wave, the desire for innovation and types of doers has given way to the desire for economic survival and the preservation of jobs.

The world after Corona: Disillusionment instead of euphoria

Wait, that’ll pass quickly. This is probably what many workers thought at the beginning of the pandemic. Fittingly, the will to change was not very pronounced at the time of the first survey wave. In October 2020, on the other hand, the majority of respondents wanted to turn both their professional and private lives around. Currently, just under 15 percent are seeking private and a third professional changes.

Study leader Philipp Riedel, Managing Director of AVANTGARDE Experts, comments on the results as follows: “Companies must place a greater focus on the well-being of outstaffing employees. Working in the home office as well as the economically uncertain situation of numerous companies shows serious effects on the body and psyche.“

Get a free quote
PrevPreviousSage: Data Analytics Trends 2021
NextMac: How to Blacken PDFs easily and effectivelyNext