Hard to believe: a chief data officer in the United States earns an annual salary of $ 941,000. European data managers can also make a good living from their job. […] 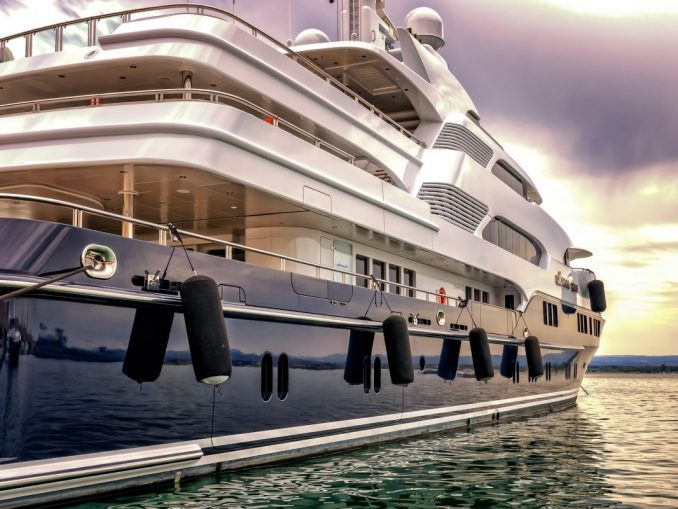 In Europe, the average income of chief data officers is $ 616,000 – well above the salaries for other functions at a comparable hierarchical level. These are the results of the current 2021 Europe and US Data, Analytics, and Artificial Intelligence Executive Organisation and Compensation Survey by the international recruitment consultancy Heidrick & Struggles.

The consultants examined the income of “managers who manage the activities of a company in the fields of data, data analysis and artificial intelligence”. They are currently in high demand, which leads to the extraordinarily high remuneration. The survey is based on the data of 179 executives from the USA and Europe, with the majority of the European participants working for companies in the UK. 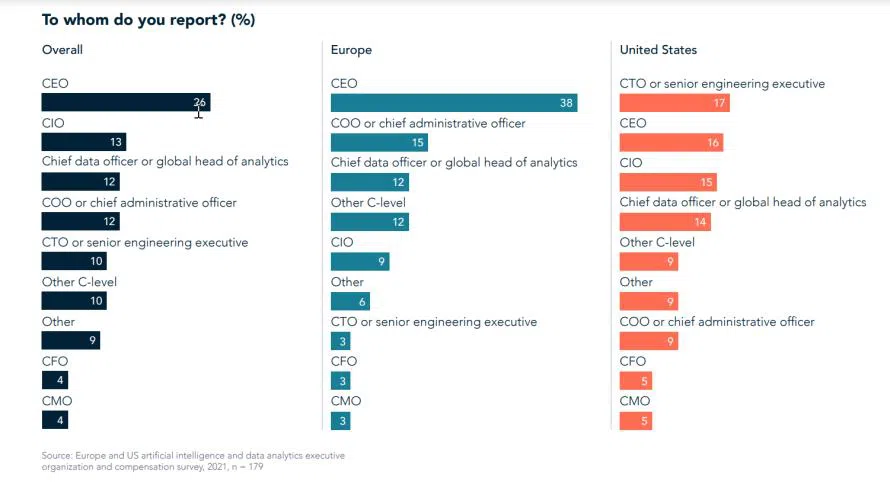 To whom to Report Chief Data Officer (c) Heidrick & Struggles

Kristin van der Sande, Partner Global Technology & Services Practice at Heidrick & Struggles and responsible for filling corresponding positions in Germany, notes: “In Anglo-Saxon countries, but especially in the USA, the function of a strong CDO (in this case, the Chief data Officer is meant, not the Chief Digital Officer, note.D.Red.) much more widespread than in this country.“ There are also examples in Germany, such as Zalando in e-commerce or Bosch in the automotive supply industry, but the implementation of data units with strong managers at the top is still at the beginning.

A detailed look at the remuneration shows that European CDOs in the financial industry earn above-average incomes with an average of $ 721,000. Salaries in the UK, according to another result, at $ 741,000 on average are significantly higher than in the rest of Europe ($ 526,000). In the US, data managers stand out in companies in the tech industry with an average income of $ 1,201,000.

Van der Sande attributes the high salaries to the lack of highly qualified CDOs. Talents are often recruited from other companies. So-called “sign-on bonuses” played a role: in the process, courted candidates are encouraged to switch with monetary incentives. In the USA, the average entry fee is half a million dollars, of which the candidates receive an average of 100,000 dollars in cash and 400,000 dollars in various forms of stock options.

In Europe, these advance payments are lower when the contract is concluded, but are also common practice. On this side of the Atlantic, chief data officers can expect to receive $50,000 in cash and $88,000 in stock options if they are recruited from outside.

As the study by Heidrick & Struggles notes, the reporting channels have changed. Van der Sande notes that only 13 percent of respondents report to the CIO and ten percent to the chief technology Officer (CTO). 26 Percent report directly to the CEO and twelve percent to the COO.

In Europe, according to the study, 38 percent of the reporting line runs directly to the CEO. According to Van der Sande, the data manager is experiencing a significant upgrade: “Companies that introduce this function are now giving it a high relevance, especially in Europe. This trend is also confirmed by the size of the teams that lead our surveyed CDOs.“ 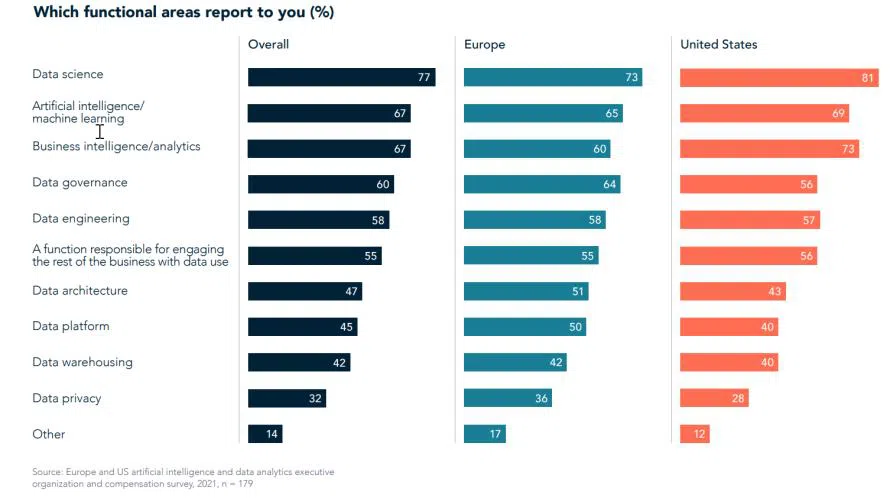 In Europe, 58 percent of data officers manage departments with more than 25 employees, in the USA it is even 77 percent. In 20 percent of European cases, the teams are over 100 employees strong, in the USA even 36 percent lead departments of this size.

Most of the functional experts in the field of data analytics and AI report to the Chief Data Officer:

The study also deals with the question of which fields of activity CDOs deal with. This shows that customer-oriented areas enjoy priority. After all, 54 percent of respondents say that they spend most of their time on questions related to marketing and customer engagement. A quarter of the survey participants primarily focus on questions related to sales and go-to-market. Operations (28 percent), IT (21 percent), strategy (18 percent), finance (14 percent) and supply chains (nine percent) are also topics that CDOs deal with. Multiple answers were possible for this question. 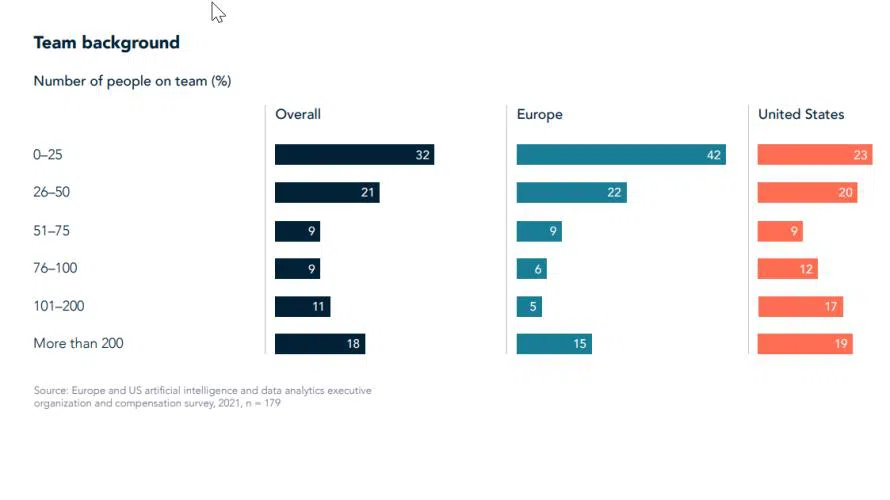 There is a noticeable gender gap between Europe and the USA. While 20 percent of CDO positions in the States are already filled by women, this figure is only ten percent in Europe. In addition, Van der Sande notes “a significant gender pay gap, especially in Europe”. Women in CDO positions earn an average of 481,000 dollars in Europe, their male colleagues bring it to 646,000 dollars. In the USA, the incomes of female and male CDOs are at a comparable level.

*Heinrich Vaske is Editorial Director of COMPUTERWOCHE, CIO and CSO as well as editor-in-chief of IDG’s European B2B brands. He takes care of the content orientation of the media brands – on the web and in the print titles.

Get a free quote
PrevPreviousHow to add bots to Discord
NextPlatform power in 8 steps: From the customer interface to your own platformNext