After Samsung and Huawei, Oppo is also launching a foldable smartphone. […] 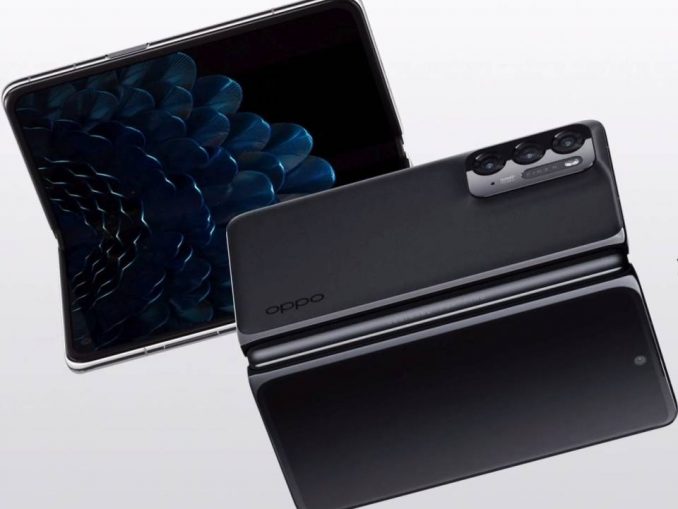 Oppo uses the “small tablet” system. So a smartphone on the front, while the back can be folded out to a small tablet. Oppo takes a slightly different approach. The Chinese manufacturer is building its foldable with a slightly smaller base than other manufacturers to make the device more compact. This works quite well. Despite its 16 mm thickness when folded, the Find N looks compact. The area is also only slightly larger than the built-in 5.5-inch display. This has a resolution of 988 × 1972 pixels, so it has a nice pixel density for its small size. Overall, it is pleasant to once again hold a smartphone in your hand that does not seem so huge.

The fact that the fold N fits well in the hand also has to do with the processing. The foldable is solidly built and looks extremely valuable. The frame of the Fold N is made of aluminum, the display and back are made of Gorilla Glass, with the back being attractively frosted. Very pleasant: The Find N also looks rock solid and not a bit wobbly when opening and closing.

For the main display, Oppo relies on an AMOLED screen with a resolution of 1792 × 1920 pixels, spread over 7.1 inches. This is only slightly larger than the unfolded Huawei P50 Pocket, which pursues a completely different concept. With a typical 500 nits (peak up to 1000 nits) and 120 Hz, Oppo also covers other current smartphone trends. In any case, you can not complain about the display.

Here you get pretty much exactly what you can expect from a device of this price range. Like other current foldables, the Oppo Find N uses the Snapdragon 888. There are two variants of the memory: 256 GB of usable memory with 8 GB of RAM or 512 GB of usable memory with 12 GB of RAM. In both cases, the memory is not expandable. Unlike Huawei, 5G is on board here, although this is also an issue with Google services, but for a different reason. More on that later. The 4500 mAh battery is not huge, but it is enough for a device of this category. You should be able to get through the day without any problems, especially if you are not only using the large display.

In principle, Oppo is not affected by the same trade embargo as Huawei. However, the Find N is not officially available in Europe at the moment. A Chinese version can be imported via Aliexpress, but it has some drawbacks. For example, there is no German user interface and the English version is not completely translated. Some of the pre-installed apps are Chinese and cannot be customized either.

Since Google services are not allowed in China, they are also missing on the Find N. Since you have to really want the Find N to join in. But: An introduction to the European market is not completely off the table. Oppo keeps the door here a crack wide open and does not categorically say “no”.

An EU version of the Find N would definitely be a win for the market, because the foldable brings an interesting alternative into play, which expands the offer in a good way. A more compact foldable in this style is currently missing here. And with the Find N, Oppo would not only be in a small gap in the market, but could also compete with the established providers.

The cameras of the Find N are rather commonplace. Which sounds funny, considering that this foldable has no less than five cameras installed. However, the individual modules are not particularly special. The main camera module is a triple camera on the back. So on the back, which is always the back, regardless of whether it is folded or not.

The two other cameras are located on the front, but sometimes not, depending on how the device is currently opened or closed. One of the front cameras is mounted in the unfolded state in the upper left corner of the large display. The second front camera is recessed as a “hole” centrally at the top of the cover display. Both are technically identical: 32 Mpx, ƒ/2.4, 26 mm, 1/2,74 inches.

The Oppo Find N is a slightly more compact option for the Foldable offer, which is still about switching between a smartphone display and a small tablet. Oppo performs the design almost perfectly. In terms of equipment, the Find N is rather boring, but also unproblematic. However, since the device is currently only available as an import, many of the usual services in this country are missing. An EU publication is not yet planned, but also not off the table. With a proper, localized release, there would be hardly anything to oppose the 5-star rating.