Home • News • IT industry has gained in importance

IT industry has gained in importance

Every 13th euro generated in Austria is generated in the IT industry. The gross value added of the industry thus amounts to around 26.4 billion euros, which corresponds to 7.4 percent of Austria’s total economy. […] 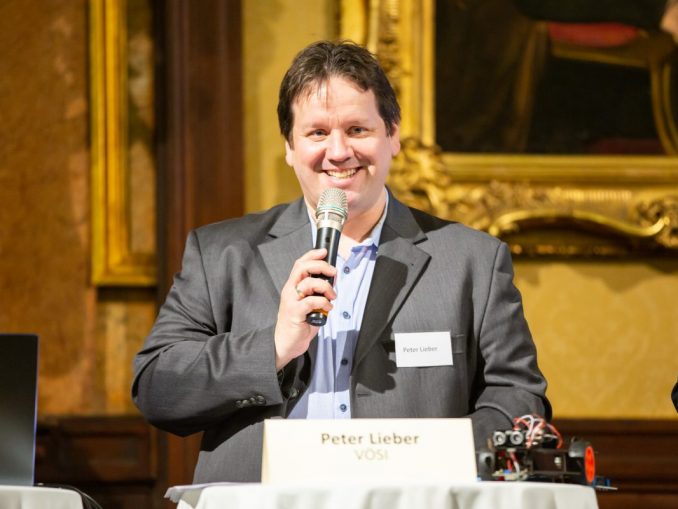 The IT industry secures a total of around 234,000 jobs in Austria, with a strong upward trend, which is one in 20 jobs in Austria. In addition, a significant increase in personnel is expected in almost all IT jobs in the coming years.

These are the most important results of the study “The economic importance of the Austrian IT Sector”, which was prepared by the Economica Institute for Economic Research on the occasion of the 35th anniversary. The study was commissioned by VÖSI in cooperation with the UBIT Association of the WKO and the UBIT Group of the WK Vienna. “The results of the study support our assumption that the importance of the IT industry in Austria is steadily increasing,” emphasizes VÖSI President Peter Lieber.

“The IT industry is an essential support and engine for all industries – especially in 2020, little would have gone on without IT and software in Austria and worldwide. Home office and home schooling, but also many processes in companies are no longer possible without the use of software,“ Lieber notes.

“The importance of the software industry is undisputed. The Federal Ministry for Digitization and Business Location actively supports the digital transformation. It is important to invest in innovation, creativity and technology, because this is the only way to keep our finger on the pulse. Innovative approaches and ideas ensure that Austria remains competitive as a business location, ” commented Federal Minister Margarete Schramböck on the results of the study“

The IT sector in Austria makes a substantial contribution to the Austrian economy. Already in its core business – including software development and IT-specific consulting services-the sector in Austria generates around EUR 10.9 billion in gross value added (GVA*). In relation to the total GVA generated in Austria, this corresponds to a share of 3.1 percent. If one also considers the indirect effects (from suppliers and subcontractors) and the induced effects (concerning the consumption of domestic products by employees), GVA in the core business increases to 14.5 billion euros (4.1 percent of the total economy). In other words, almost every 24th euro generated in Austria is attributable to the domestic software and IT sector (core definition).

Even more impressive is a look at the entire IT sector in a broader sense, i.e. including software trading, telecommunications, but also universities and research institutions. This results in a total GVA of EUR 26.4 billion. This corresponds to 7.4 percent of the entire economy. Almost every 13th euro is generated by the domestic IT industry, the current study shows. “Direct added value (EUR 19.9 billion) already makes a substantial contribution to Austria’s economic performance and is roughly on a par with the accommodation and catering industry,” explains Christian Helmenstein, Member of the Board of Management of Economica.

Vienna dominates the IT industry

The total gross value added (GVA), viewed at the federal state level, shows a clear dominance of Vienna with 47.2 percent. The reason for this is the concentration of (large) companies in the IT service sector in the federal capital. Upper Austria is in second place (13.7 percent), followed by Styria (10.9 percent). The other six federal states contribute only about a quarter of the total GVA, Lower Austria with eight percent, Carinthia with seven percent, Tyrol with five percent, Salzburg with four percent, Vorarlberg with three and Burgenland with only one percent.

Every 20th workplace is in the IT industry

In total, the IT sector currently has a remarkable 234,400 jobs. This means that today every 20th job in Austria is directly and indirectly secured by the IT sector in a broader sense. “The number of jobs directly located in the sector alone (around 148,500 employment relationships) is comparable to that of the education and teaching sector and corresponds to roughly twice that of the building construction sector,” explains Economica Board member Christian Helmenstein.

The IT sector in the broader sense contributes a total of around EUR 10.208 billion to domestic tax revenues. The structure of the overall fiscal effect by type of tax is impressive. Around half (EUR 5,084 million) comes from wage-related taxes and duties (this corresponds to a share of 49.8 percent), EUR 2,850 million (27.9 percent) is paid to sales tax, EUR 991 million is accounted for by other production taxes (9.7 percent), EUR 883 million is accounted for by domestic income taxes (8.7 percent) and finally goods taxes to the extent of EUR 399 million are paid (3.9 percent).

At 4,210 million euros (41.2 percent), the federal government receives by far the largest share, while social security institutions can record revenues of 3,200 million euros (31.4 percent). The rest is distributed among the federal states, municipalities, as well as chambers and funds.

Women in the IT industry

On average, the proportion of women in the entire IT sector is around 18 percent. In the core areas, most women are in software architecture (20 percent), followed by standard software development (19 percent) and app development/coding (17 percent). The more technical the jobs become, the less women are represented. The proportion of women is lowest among system administrators (8 percent), solution developers (7 percent) and IT security (1 percent). According to the study, just under a quarter of companies have so far taken measures to attract more women to the company in IT jobs.

“There is still a lot to do here, we must not do without women as workers in the information and communication technology (ICT) sector, but on the contrary

do everything possible to attract more women as professionals here, ” emphasizes VÖSI President Peter Lieber“ The VÖSI founded the Special Interest Group WOMENinICT in February 2020. The aim is, on the one hand, to make women more visible in the ICT industry and to attract more young girls and women to the industry. www.womeninict.at

Effects of the Corona crisis

Asked about the effects of the crisis, well over a third (39 percent) of companies say they have been affected by the crisis (massive, very and rather affected added up). On the other hand, around a third were hardly or not at all affected by the crisis. “Overall, the ICT industry has come through the crisis very well and is therefore clearly one of the least affected industries,” says VÖSI President Peter Lieber. Just over half of ICT companies (53 percent) have used government assistance and 85 percent allow home office.

Medium – and long-term effects: The tendency to work in the home office or mobile will increase. The study also shows increased growth opportunities for large companies, but sees dangers for many small and micro enterprises, for example due to a one – sided customer structure and strong competitive pressure. The shortage of skilled workers, especially in the area of IT security, will continue to increase.

UBIT: We need more IT professionals

According to UBIT surveys, around 24,000 skilled workers are already missing today. According to the Economica study, the personnel requirements in all IT jobs will increase this year.

Martin Puaschitz, spokesman for IT in the professional association UBIT of the WKÖ, comments: “Digitization and the IT sector are getting the domestic economy rolling again. For innovative projects and to be able to actively seize digital opportunities, creativity as well as the necessary skills and knowledge are required. Together, we must pull out all the stops to increase the proportion of IT professionals and thus the value added in the country.“

Rüdiger Linhart, spokesman for IT in the WKW’s UBIT department, adds: “Around half of the value added in the domestic IT sector is concentrated in Vienna. Nevertheless, together with the companies, we must intensify the qualification in the IT sector: new training paths for IT apprentices, especially for girls, increased internal training and further education in the companies, accompanied by advice and support. Then we will succeed on the way to a successful digital future.“

Get a free quote
PrevPreviousExperts warn of attacks against IoT devices in healthcare
NextNarrowband: What you need to know about NB IoTNext