Home • News • Microsoft will roll out these features in February

Microsoft will roll out these features in February

In addition to Android app support, for example, an improved taskbar is to come next month and two apps have been redesigned. If you want a free update to Windows 11, you should think about it soon, because it is limited in time. […] 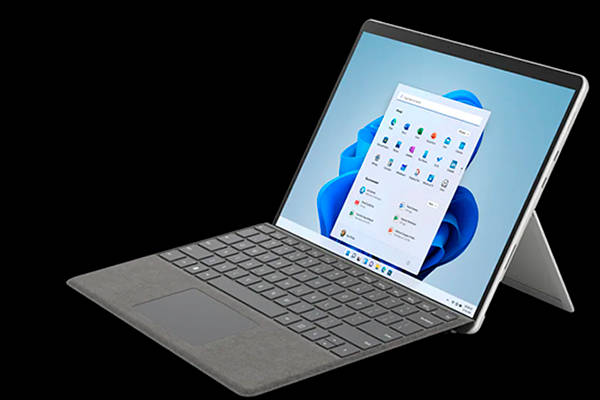 Panos Panay, Microsoft’s head of product department, even talks about a new PC era in a blog.). Unfortunately, not much substantial content is disclosed there. Only at the very end of the long entry it says then:

“Next month, we’re bringing new experiences to Windows, including a public preview of how you can use Android apps on Windows 11 through the Microsoft Store and our partnerships with Amazon and Intel.” In addition, improvements to the taskbar (mute and unmute calls), easier window sharing and the inclusion of the weather in the taskbar are to come. Furthermore, the Redmonders announce the introduction of two redesigned apps – Notepad and Media Player. Microsoft has not published preview images of this in the blog.

Most users are likely to be curious about the Android app function under Windows 11.  Native Android apps should be able to run directly on the desktop in a virtual environment with music, graphics and a network connection. First of all, it is a public preview of the Android app, which should also be available in Switzerland, as PCtipp says on request.

Officially, Windows users can only install apps through the Microsoft and Amazon stores. How bleepingcomputer.com reported (engl.), but methods have already been discovered to install the Google Play Store and load apps into the Android subsystem for Windows 11 via sideloading.

Free update to Windows 11 only available for a limited time

“In concrete terms, this means that the offer to upgrade to Windows 11 for free is limited in time. Microsoft spokesman Tobias Steger also told inside-it.ch confirmed. When it will be charged, however, is still open.

By the way, here is our article “Windows 11: Everything you need to know”.