Myra Security secured the digital processes in the Bundestag election

“Imagine, it’s election, and no one knows how it turned out!” Millions of voters and viewers from all over the world were looking forward to the results of the Bundestag election on 26 September. But what if the digital live display of the results is disrupted by cyber attacks? Doubts about the legitimacy of the election and a loss of confidence in the democratic process would be the consequences. The permanent digital availability of the counts from the constituencies is essential for voter confidence. The fact that the media and the global audience were able to follow the current results digitally at any time is due, among other things, to the Munich IT security specialist Myra Security.

Digital attacks on democracies are once again increasing significantly in election years – think of the USA in 2020, Great Britain in 2019 and France in 2017. The election to the German Bundestag was no exception. The DDoS attack on the CDU party congress in January 2021 or the phishing campaign to spy on politicians in early September 2021 were just the tip of the iceberg. The digital attack on democracy is now taking place every day.

This creates uncertainty among voters: According to a Bitkom survey shortly before the Bundestag election, over 60% of Germans were concerned about hacker attacks on politicians, disinformation campaigns and digital manipulation of the election result. Only 34 percent believed that the German security authorities were well prepared for such digital attacks.

In order to ensure that trust in democracy is not damaged against this background, the technically sound and safe conduct of the election is essential. Those responsible also know this: “The protection of IT against cyber attacks in this year’s Bundestag election has top priority,” said
Federal Returning Officer Dr. Georg Thiel in the run-up to the election.

In 2021, Myra ensured that the preliminary results for the Bundestag election and other local elections were permanently digitally available and safe from attacks. The use of safety technology was preceded by extensive tests. All protected services were accessible continuously and without restriction. Myra CEO and developer of defense technology, Sascha Schumann, says: “Comprehensively protected digital processes are unattractive targets for attackers”. 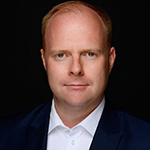 The responsibility for safeguarding electoral processes is immense. “We protect our most important democratic process – there is no room for mistakes,” he says Myra Managing Director Paul Kaffsack. The specialist service provider for the protection of critical digital infrastructures has been protecting the federal government and ministries, the European Central Bank and various administrations for years. The requirements for IT security in these areas are extremely high.

Protection technology is central to any defence strategy – but humans still have an important role to play. Politicians, parties and electoral bodies serve as role models. The protection of online portals, web applications and websites from attacks from the Internet is just as important as the protection of personal accounts with multifactor authentication and different passwords. Paul Kaffsack emphasizes: “Each of us is called upon to protect our democracy against cyber attacks”.