Home • News • Network Automation: The myth of IT relief?

Network Automation: The myth of IT relief?

Technologies that automate and unify network tasks and infrastructure can relieve IT professionals – and raise new hurdles. […] 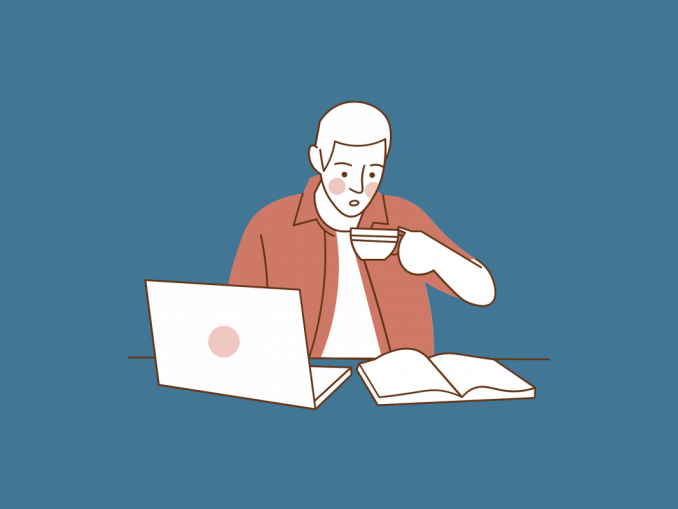 Software-defined networking, intent-based networking, SD-WAN and a variety of other technologies are aimed at making IT professionals’ lives and work easier through automation. Instead of manually configuring every part of a system, templates and artificial intelligence support employees and ensure a significantly lower workload. At least that’s the theory. Whether this is true in practice is controversial.

For some companies, network automation and outsourcing have proven to be extremely successful. Stewart Ebrat is the CIO of the fashion chain Vera Wang, has been working in the IT industry for more than twenty years and has worked for IBM and the New York Stock Exchange, among others.

In his IT days, according to Ebrat, the focus was on ensuring that all connections work – special problem areas were clients and mainframes. At the beginning of his time as CIO at Vera Wang in 2017, the IT department there also worked much more traditionally: the individual stores were routed to a data center via VPLS (Virtual Private Lan Service), while, for example, point-of-sale systems were managed locally.

Under the aegis of Ebrat, the fashion company jumped on the as-a-service bandwagon and gradually outsourced all parts of its IT infrastructure. Aruba/HPE, for example, takes care of the networking of the shops (including SD-WAN). The data converges in an Azure backend. Thus, the CIO was able to reduce the total number of IT employees from five to two (himself and a help desk employee).

“In the fashion industry, IT is considered a cost center and not a source of income. Nowadays, it is a big problem that the IT department must always be available and able to support at any time. The ability to hand over this support responsibility to a provider is very useful and has saved us a lot of money.“

Ebrat said that he wants to move all of Vera Wang’s IT to the cloud and rely on the providers for support. Instead of calling the company’s help desk, the employees in the shops should contact the providers directly in case of IT problems. “Every solution has its own support. This has proven its worth. The various service offers that we have accepted allow a better overview of the processes in the systems and have improved our ability to automate and stabilize the infrastructure.“

For other companies, the promise of IT relief is much more difficult to grasp. Tom Hull is the CIO of Kaleida Healthcare, a company with almost 200 locations in the United States – including hospitals, outpatient care services, clinics, surgical centers and emergency services. He is responsible for a team of about 250 IT professionals. “Our widely distributed service areas require a rather complicated IT environment,” says Hull. “We have three data centers, a core network and distributed networks. Some of the locations are very complex and, for example, have their own telecommunications systems. We are consolidating this in addition to our core network.“

The manager has been working in the IT industry since 1986 and during this time has witnessed three major changes in network architecture: from mainframes to client servers in the 1990s, to web applications in the 2000s, and now the transition to the cloud. The work of the IT department has not become easier today, says the CIO: “In the 1990s, or even 15 years ago, it was much easier. Today, we need a huge level of cybersecurity to cover all the different endpoints and vulnerabilities.“

“This is not to say that the new technologies do not bring numerous advantages, especially in the field of networks with SDN. But using these requires a lot of expertise and work to get new systems up and running – and many IT staff are not up to date yet,“ says Hull.

Unlike Vera Wang, Kaleida has increased its IT staff. According to the CIO, this is due to the fact that the requirements for companies in different industries sometimes differ drastically: “If you have a dental practice, you may be able to get by with a few PC technicians and some simple applications. In the financial or healthcare sector, you need more employees because of the complexity of the systems and the regulatory requirements.“

An important reason why different companies make different changes to their IT technology: each technology area matures at different speeds. “A company that relies on a certain technology is more influenced by its maturity level than one that doesn’t,” says Arun Chandrasekaran, vice president and analyst at Gartner Research. “Tools that provide computing power, cloud compute and storage, for example, are getting better and better. But I would argue that the network is a little behind in terms of the level of automation that we see in companies today“.

The Gartner analyst is not surprised that the experiences of the two CIOs Hull and Ebrat diverge diametrically. According to Chandrasekaram, there are so many variables that influence whether it will be easier for IT: “It is a question of cloud maturity, organizational maturity, how the infrastructure and organizational teams are set up – we are observing a pronounced variance in the market today.“

Despite the stated goal of simplifying IT workflows, many of the technologies designed for this purpose involve additional effort, according to Mark Leary, Research Director of IDC: “Network automation does not necessarily make everything easier. If this is not done properly, it can end in disaster.” Leary Hull’s objection underlines that experienced professionals are needed to manage new technologies. Although there are some companies, such as Vera Wang, who mostly outsource their IT, in most cases internal expertise is essential to operate new systems such as SD–WAN.

“Network automation technologies can partially solve the problem of IT complexity. However, a lot also depends on the employees: they have to make sure that everything runs correctly. If you want to write a Python program, you have to learn Python,“ says the IDC chief analyst. According to Leary, making a modern network simple is a complicated matter, which in most cases cannot be simplified significantly by new technologies: “I have not yet met a network professional who has complained about too much free time.“

This article is based on an article from our US sister publication Network World.

*Jon Gold is a senior writer at the US sister publication Network World.