Home • News • No Command Receiver: 6 Tips for the CIO Career

No Command Receiver: 6 Tips for the CIO Career

How do CIOs take the next career step? IT managers and consultants explain tried-and-tested strategies. […] 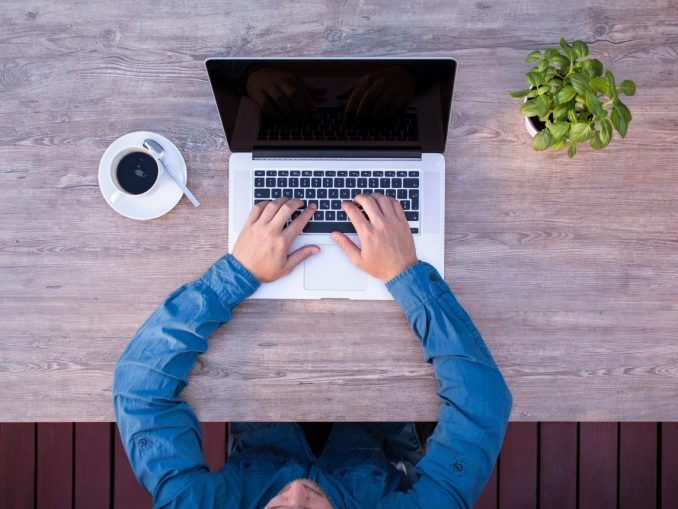 Many CIOs took a leading role during the COVID-19 crisis. They accelerated the digital transformation of their companies in order to survive the pandemic and its economic impact. But not all IT managers have achieved this status. Some CIOs are still stuck in the role of the command receiver. You support the initiatives of your company and its strategic agenda. But they are not driving real change, or only to a small extent.

There are many ways for CIOs to transform from a “command recipient” to a “change maker”. This is also reported by experienced IT managers and management consultants. The following six strategies and tips for CIOs have proven themselves in practice.

Bryan M. Sastokas, CIO of the Los Angeles County Metropolitan Transportation Authority, is always on the lookout for problems and vulnerabilities. In order to ensure improvements, he has even developed programs with which he can collect ideas and suggestions from all employees.

According to Sastokas, this approach helps him to identify at an early stage those areas that need attention. He can then analyze the underlying problems, develop strategies for improvement (be it through new technologies, process changes or both) and then implement the plans. This method is much more effective than waiting for colleagues to ask him to implement a software proposed by the provider.

CIOs have been hearing for years that they need to understand the business. William Perry, US manager for cloud innovation and development at PwC, also believes that many IT managers need to delve deeper into the subject if they really want to become a pioneer for change.

According to Perry, CIOs should better understand both customers and the executives they work with. For example, you should know their planning processes and how project budgets are created. It is no longer a question of simply providing funds and the question: ‘How can I support the company?’ but much more about the active and joint shaping of the future together with other managers.

The PwC expert admits that this approach can only work in the long term. CIOs would also have to make an effort to talk and participate in meetings to which IT had not previously been invited.

As an example, he reports from the CIO of a large non-profit healthcare company that is undergoing a multi-year modernization and transformation initiative. The CIO spent months learning from his management colleagues about the market, the healthcare industry and their visions for their own organization. “He left no stone unturned to learn,” Perry points out.

After about six months, the CIO proposed plans to accelerate the restructuring, create additional areas of added value and minimize risks. For example, he convinced his colleagues to revise their strategic plans to introduce a new financial planning system by outlining its positive impact on the entire company. Perry: “He linked aspects that the others hadn’t seen.“

CIOs who want to change their organization must first demonstrate this ability to themselves. “It’s about being flexible when it’s most needed,” says Isaiah Nathaniel, CIO of Delaware Valley Community Health in Philadelphia and recipient of the Change Maker Award in Health 2021, presented by the Healthcare Information and Management Systems Society (HIMSS).

When the management banned personal contact at all nine locations in March 2020 due to the pandemic, Delaware Valley Community Health had to implement telemedicine functions very quickly. Nathaniel and his team already had a working prototype on the next working day. They spent the next three months scaling and optimizing a hyperconverged network. They also provided hardware and implemented a new intake management system that allowed patients to fill out documents and make payments online. Nathaniel also used artificial intelligence and automation in the insurance billing systems to shorten the processing time for payments and reduce the number of rejected applications.

Nathaniel had already developed a five-year plan in 2019 that foresaw the demand for telemedicine services. He therefore knew which technologies and process changes were required. This foresight gave him the opportunity to act quickly when the need became unexpectedly urgent. He compares the development with the rise of a star who became famous overnight, but in reality worked for it for years.

CIOs who want to realize their vision – and not just respond to technology requests – need to know how to sell their ideas, explains Christie Struckman, research vice president at Gartner: “The biggest challenge for CIOs is to gain an understanding of change.“

CIOs do this by first linking the change to the company’s strategy, according to Struckman. You should start with the needs of the customers and show a connection. Employees always wanted to change when they understood the importance of the change measures. Many employees have difficulty understanding the critical priorities and reconciling them with the operational parts of their work, according to the Gartner woman.

As an example, Struckman points to a CIO who has successfully converted a company to agile software development. In order to provide new technology-based products and services, a closer cooperation between the departments and the IT department was especially needed. In this case, the CIO pointed out the connection between the Net Promoter scores and the falling values of customer loyalty. He explained why the faster development of tailor-made solutions was crucial for improving customer loyalty.

Mike Vance had agreed to become CIO, knowing that for the time being it was a command receiver role. To become the change maker the company needed, he analyzed the company’s five-year strategic plans and got a comprehensive picture of the functional areas.

“I knew what marketing was doing and what challenges it had to overcome,” says Vance, a long-time CIO who is now vice president of technology services at the consulting firm Resultant. “The same was true for human resources and finance.“ This approach allowed him to align his IT strategy with business needs and goals.

However, Vance did not leave it at that. He employed business relationship analysts who work with the business units. In this way, he made sure that the IT department got an insight into the problems and participated in business planning sessions. He also set up business advisory boards that work with business units to prioritize initiatives and identify technologies that could be useful for multiple departments or business processes.

CIOs who are able to drive change are also usually good at showing their colleagues a better alternative. Because the requirements for the IT department are often not effective, explains Patricia Coffey, CEO of Cedibus and former senior vice president and Group CIO at Allstate Insurance.

“Change takes place when dissatisfaction with the present meets a suitable vision of the future,” emphasizes Coffey. CIOs advise you to first strengthen your credibility: “Achieve results, build relationships, show business skills.“ In addition, IT managers should check the willingness to change in the company by exchanging ideas with important partners and decision-makers.

In the next step, you should initiate the change and set up a suitable team for it: “Find a key topic, an area or a person who is most likely to bring about a successful change, and build on it. Get in touch with the biggest supporters and biggest opponents. Get influencers and respected experts on board,“ recommends Coffey, who is also a lecturer at the Lake Forest Graduate School of Management.

With material from IDG News Service

*Bastian Seebacher is a freelancer for the CIO and COMPUTERWOCHE editorial offices.

Get a free quote
PrevPreviousActive Directory is the Achilles heel of the CISO
NextAI for Care and Fitness: Intelligent Health CareNext