Study: SaaS management is not clearly defined in companies

Applications such as Zoom, Teams and Salesforce continue to thrive, with Gartner forecasting global SaaS spending of $146 billion this year and 87 percent growth by 2025. The COVID19 pandemic has further accelerated growth. Software-as-a-service is automatically up-to-date, promises high scalability and, above all, is easily accessible. However, this can also cause problems in companies such as a lack of overview, excessive costs or security risks. Deloitte therefore notes that without successful SaaS management, the burden on companies will increase.

What is the current situation in companies and how are SaaS applications currently purchased, managed and controlled? For the LeanIX SaaS Management Survey 2021, enterprise architects shared their knowledge and experience. Experts from a total of 105 companies from the international LeanIX customer portfolio participated in an online survey in July and August 2021.

One thing is certain: SaaS is growing. Almost 70 percent of the IT landscape specialists surveyed say that the number of SaaS applications in their companies has risen sharply or even doubled in the last two years.

In 58 percent of companies, the SaaS share of the IT landscape is currently less than a quarter. But almost 20 percent of organizations already say that SaaS accounts for more than half of all applications. The fact that SaaS will play a greater role in future IT landscapes is also confirmed by a look into the USA, where new technologies are generally adapted more quickly: Here, the SaaS share of the majority of companies (61 percent) is already over a quarter, while in Europe this is only the case for 35 percent of companies, according to the LeanIX report.

Traditional approach determines how to deal with SaaS

Quick and easy access to the software is described as an important advantage of SaaS. However, this possibility does not seem to be being exploited at the moment: In only 18 percent of companies, decisions about SaaS purchasing are predominantly made decentrally.

As traditional as the procurement process is regulated, so traditional is the choice of tools used for SaaS management. In most companies, several tools are used for this. The most frequently used solution is the existing solution for the enterprise architecture (76 percent), and IT and software management tools are also often used (51 percent). However, Excel spreadsheets rank second with 57 percent of the entries. It is difficult to imagine that this form of management will lead to success in the dynamic SaaS environment.

The respondents also seem to be aware of this: 64 percent of the IT specialists surveyed by LeanIX say that automation is important or even necessary for SaaS management. Nevertheless, modern SaaS management platforms – which offer this possibility – have hardly ever been used by companies.

It is therefore not surprising that almost three quarters of enterprise architects surveyed describe the challenges posed by SaaS as highly relevant or relevant to their work. This includes, for example, finding locally purchased SaaS applications and providing information about the number and types of licenses or the costs incurred.

Many departments are involved in SaaS management

When it comes to SaaS management, many in large companies speak up. In more than 80 percent of the companies surveyed, four or more departments are involved in this process.

If you ask the IT experts about the responsible department, it turns out that this role in companies is performed by different teams. Enterprise architects are responsible in a good third of the companies, IT/software asset management in 31 percent, and another 24 percent are distributed among other departments. It is noteworthy that 11 percent of respondents do not know who is responsible for SaaS management, according to the LeanIX SaaS Management Survey 2021.

Large majority in favour of SaaS Center of Excellence

The fact that so many departments are involved in SaaS management speaks for the concept of a SaaS Center of Excellence, as suggested by Gartner, for example. The majority of respondents support this idea of multidisciplinary teams for closer integration of business and IT – comparable to the already more established Cloud Center of Excellence.

Only 22 percent of the IT specialists surveyed do not consider such a competence team necessary. More than half think their company will benefit from it – but the concept has not yet been considered. Only in 21 percent of companies is a SaaS Center of Excellence already in planning or already established.

The market for SaaS applications will continue to grow – the experts agree on this and the results of the present study also prove this trend. However, the study has also shown that the specific features of SaaS are not yet taken into account either in the purchasing process or in the administration and control of such applications. LEANIX CEO André Christ says: “Anyone who establishes a functioning SaaS management has access to detailed and extensive information about the applications at any time and can make data-based decisions. This has a double effect: On the one hand, it can prevent security and compliance problems, and on the other hand, it is the only way to really take advantage of the special advantages of SaaS. He explains why companies should take action now: “We see that organizations are not yet prepared for the new challenges posed by SaaS. This can become a problem. The famous phrase ‘software is eating the world’ must now be supplemented, namely ‘SaaS is eating software’. This development cannot be stopped. If you rethink now, you are setting the right course for the management of the IT landscape of the future.“ 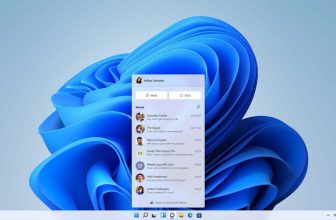 Windows 11: These 6 new options you should test

Study: SaaS management is not clearly defined in companies