Home • News • Tasks to Delegate: What CIOs Should Delegate

Tasks to Delegate: What CIOs Should Delegate

CIOs are busy. This makes it all the more important to hand over tasks. Every IT manager should delegate these seven tasks. […] 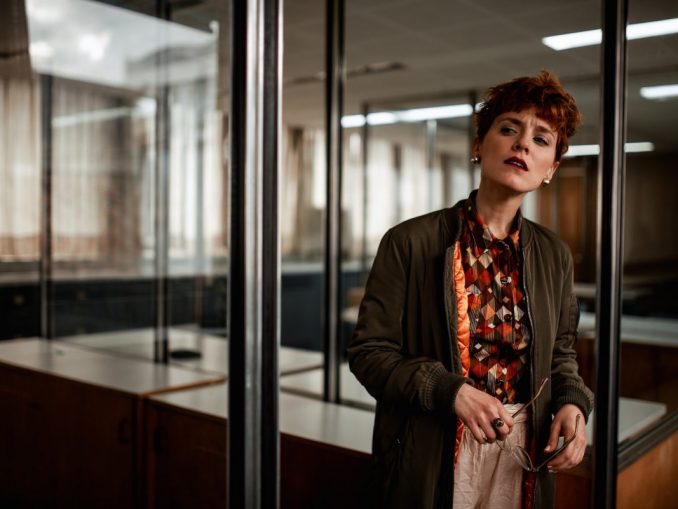 Micromanagement – that is, wasting valuable time and energy on tasks that could easily be done by the IT department manager or another member of the IT team – is a trait that is especially prevalent among CIOs who are at the beginning of their careers.

Recognizing the difference between a C-level task and one that comes from everyday chaos requires a combination of different skills, as Adam Landau, CIO at rideshare insurer Buckle, says: “Delegating tasks allows you to focus on higher-priority tasks that have a broader impact on the business. Only in this way can a CIO pave the way to success.“

Decisively delegating tasks also brings immediate benefits in terms of personal performance and efficiency, as well as employee productivity. The following seven tasks each CIO should learn to delegate.

Tasks that are neither particularly critical nor particularly time-critical should be removed from the to-do list: “This gives others the opportunity to familiarize themselves while focusing on the strategic direction and future of the company,” says Landau. Among the tasks that can be delegated were:

“Every time you delegate a task, it should be specific, measurable, appropriate, achievable and time-limited,” explains the CIO. Micromanagement of employees, on the other hand, creates an environment characterized by stress, which negatively affects the performance and commitment of employees. “Actually, this is the opposite of what micromanagers are trying to achieve,” states Landau. It is better to give his teams tasks that promote success: “The more managers trust the skills of their employees, the more demanding the tasks should be.“

CIOs would also have to accept the fact that employees occasionally make mistakes. However, this should not be punished, as Landau recommends: “It is an essential part of your leadership role to enable your employees to learn from mistakes and become more successful. This also contributes significantly to the creation of a resilient company. Only if employees can learn will they gain the confidence they need to take greater risks.“

All too often, some CIOs felt the need to “jump back into the fray” and program or configure. That’s usually a bad idea – executives should take a step back, look at the bigger picture and make sure to pay into the company’s goals – says McAfee CIO Scott Howitt: “Let your IT specialists do their thing.“

According to Howitt, a manager who focuses too much on the inner workings of IT runs the risk of missing out on collaboration opportunities with other managers – and thus optimising business results: “An IT manager should be seen as an enabler and not just an implementation manager.“

Instead of messing around with (low-priority) routine tasks, Howitt suggests building and refining basic management skills: “Just as you need to acquire new skills to keep up with technology, you need to develop new skills to be an effective leader. To do this, you can work on your presentation, financial and communication skills, for example.“

CIOs need to recognize that delegating tasks is essential to building strong, reliable management skills, says Georgi Peltekov, technical director at IT service provider Accedia: “No one – no matter how productive he or she is – can do all the work on their own.” Executives who tried to usurp already assigned tasks risked creating a bottleneck and thus producing negative results.

The best IT executives lead by example, the IT specialist knows and asks: “What better way to motivate and inspire your team than to give members the right and important tasks that improve their skills and support them in acquiring new ones?” This also gives the manager more time to focus on processes, important tasks and strategic initiatives: “It’s a win-win situation: the team is making progress, the CIO is, and the project results will exceed expectations,” predicts Peltekov.

The technical director says he has often observed that IT leaders avoid delegating tasks because they do not believe their team is up to the task: “Some even go so far as to simply claim that the tasks are so urgent that there is simply no time to involve team members. This may be true in some situations, but this attitude can become a habit over time. In the long run, this ends with a team that is enormously dependent on the IT manager for every task.“

CIOs should also delegate high-profile tasks to spotlight their team’s vision and capabilities. “Assigning such tasks improves management’s understanding of the talent within the IT organization and increases the likelihood that the company will seek their help,” says Ryan Rackley, partner at technology consultancy ISG. “IT leaders can really work efficiently if their team is respected enough to be asked directly for support and insights. In other words, the CIO is seen less as a bottleneck or gatekeeper, but more as a leader of an extremely capable, multifunctional team.“

Under the supervision and control of the CIO, the strategy and competency plans for each IT area should be passed on to the heads of departments and their teams, Rackley recommends: “Regular interactions with business partners can also be delegated, with the subordinate acting as a deputy and the head of IT present only at important events.“

Delegating routine tasks to subordinates, advises Romil Kulshreshtha, IT director at identity specialist Saviynt: “Operational tasks such as help desk ticketing and assigning employee devices are a good start. Repeatable tasks, such as building servers or IT infrastructures, are another area you should consider.” According to Kulshreshtha, IT executives could above all drive important corporate initiatives: “Executives who cannot delegate effectively will have a hard time being successful in the long term.“

Micromanagement often leads to interfering too much in operations, while long-term strategies, employee management and other tasks that are crucial for leadership success fall by the wayside. Instead of plunging headlong into operational tasks, IT Director Kulshreshtha advises his CIO colleagues to focus on operational performance indicators and use them as a guide to success: “Start by analyzing key operational metrics such as SLAs for on-premise and cloud service providers, help desk ticket logs over time, and monthly IT incidents.“

CIOs should consider delegating responsibility for customer care and intervening only in the event of a dispute (or customer request), says Lynsey Wolf, senior cybersecurity analyst at DTEX: “It is essential for managers to keep track of all projects through their subordinates, while keeping daily interactions to a minimum.“

By delegating the day-to-day tasks of dealing with customers, IT managers can focus on project management and take care of customer interactions at the highest level, Wolf is convinced: “This helps managers to strengthen their employees in their roles, promote trust between team members and identify strengths and weaknesses within the team.“

CIOs should also assign specific, smaller tasks – such as deploying a new server or programming a new tool to increase employee productivity – to qualified employees. Lior Gavish, CTO and co-founder of the data startup Monte Carlo, says that it is important to support team members in expanding their skills as many business processes continue to be outsourced and automated.

This form of gradual career development could lead IT employees to adjacent disciplines such as DevOps or software development, Gavish says: “In the meantime, IT managers should focus on initiatives that make their organizations more sustainable and scalable. This is becoming increasingly important in view of the trend towards decentralized and hybrid work environments, where coordination is the be-all and end-all.“

This post is based on an article from our US sister publication CIO.com.

*John Edwards is a freelance writer.