Teambuilding measures that lead to success

Against the background of physical distance, social connectedness is gaining in importance. A strengths-based approach can help to develop teams optimally. […] 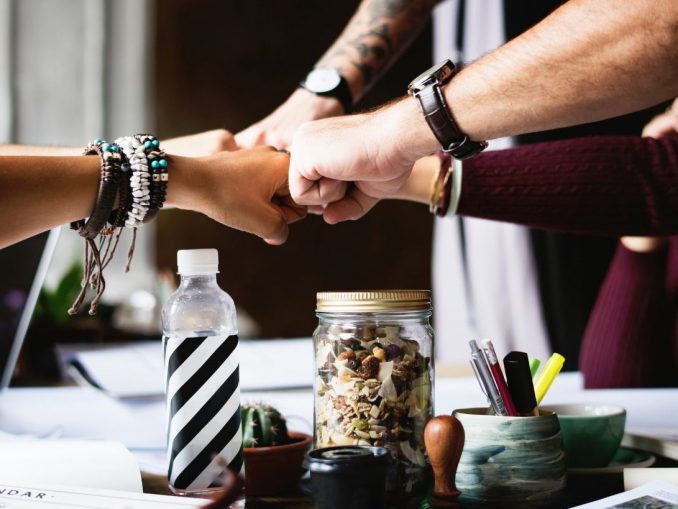 The current situation, in particular caused by the corona pandemic, turns many things upside down and triggers unplannability and associated uncertainty. Teams have to be managed virtually or in hybrid formats from one day to the next. Employees move their workplaces into their own working or living room or even into the kitchen and work for months at a physical distance from their colleagues. Coping with this new working day is sometimes perceived by people as psychologically (very) stressful.

At the same time, we know from practical experience that companies can only effectively meet the challenges of an uncertain, complex, dynamic and networked world if they succeed in unleashing the full potential of people and teams. Teamwork and thus also team development are therefore without alternative, especially in challenging times!

In addition, the experience gained from many years of project work has confirmed that employee satisfaction, commitment and thus also the performance of teams are not tied to the extent, scope and dynamics of change processes. Rather, the way in which changes are handled or how such processes are designed is crucial for well-being, satisfaction, commitment and ultimately for performance.

Strength-oriented team development can be an alternative approach in the outlined context – it applies:

The basis for an open exchange, especially on difficult issues and personal topics, requires trust and “psychological security” in the team. Amy Edmondson defines “psychological security” as an atmosphere of trust in which all team members can express themselves openly without being shamed, dismissed or otherwise negatively sanctioned. Teams that conduct profound and meaningful conversations about their strengths, visions, etc.on this basis report on a more constructive approach to uncertainty and change. In addition, employees are more likely to report problems and errors, but also ideas and suggestions, if they experience this security in the team in the sense of Edmondson.

A first step in this direction can be, for example, to ask for the current mood of the employees in the team with the help of pictures at the beginning of a team workshop, meeting or similar formats:

In a next step, the team members can explore, for example, in two-person discussions followed by a discussion in plenary, when and how they have already been part of a successful team. This is not only about a description of this team constellation, but rather also about a deeper investigation of this:

The strengths can then be derived from these experiences. Possible results can be, for example:

Likewise, the study can be used to derive aspects worth preserving, such as: What has proven itself in the team and should be continued?. In addition, it can be used to develop a common team future image, such as: How do we have to position ourselves as a team in the future? Everyone in the team is satisfied, our cooperation in the team works smoothly, “as if from a single source”, our customers shine and the work just goes by the hand and we look forward to the work every day. From this, in turn, joint agreements for cooperation, communication, meeting formats, etc.can be defined and defined together in the team.

This approach is also reflected in the acronym “PERMA”. PERMA finds its origin in the field of positive psychology and includes

These five components form the basis for the flourishing of individuals and teams. Specifically, positivity in communication, interaction with your team, the promotion of relationships between the team members themselves, the creation of meaningfulness and the achievement of common goals are the main features of positive team development. These can have a significant impact on the team performance, innovative strength, job satisfaction, motivation and resilience of employees. High-performing teams have a particularly high level of positive interactions in contrast to less successful teams. Study results show that high-performing teams in communication have an exemplary positive-negative ratio of 5.6 to 1, i.e. a critical, disapproving statement is followed by 5.6 encouraging, appreciative, supportive statements. As a leader, PERMA can help to foster positive interactions and thus serve as a basis for developing teams in a strength-oriented way.

The approaches and examples presented represent an opportunity to bring teams together in a human way despite increasing spatial distance. These five learnings can help to develop teams virtually in the long term and thus ensure satisfaction:

Get a free quote
PrevPreviousStudy: Five Reasons Why Employees Quit
NextChrome OS extends the reach of its operating systemNext