Home • News • The Evolution of IoT: Curse or blessing?

The Evolution of IoT: Curse or blessing?

IoT evolution into an ecosystem for automation

What began as a single technology called the Internet of Things (IoT) has now transformed into a complete ecosystem for automation that makes our everyday lives easier and more productive. More and more people are using the IoT in many different areas. In all industries, intelligent or smart “things” are springing up like mushrooms – be it smart homes and smart cars or smart cities, drones and appliances.

Statista forecasts that more than 75 billion connected IoT devices will be in use by 2025. That would be almost three times as much as the installed base for IoT in 2019. The original estimate from 2018 was 23 billion, in 2020 it was expected to be 31 billion. As you can see, the IoT is clearly on the rise.

If you’ve tried the IoT and its automation capabilities, then you know that the technology offers compelling value. My own experience is limited to the field of smart home. In industry and companies, however, the IoT can be used even more extensively and innovatively – also thanks to artificial intelligence, which is often closely linked to the IoT.

I want to show you an example of how automation has made my everyday life at home easier. It all started with a smart thermostat that monitors costs at peak times and a smart irrigation system that automatically adjusts water usage depending on the weather. But the greatest added value is provided by simple intelligent sockets that switch older household appliances on and off based on pre-programmed parameters.

According to the SonicWall Threat Report, IoT attacks are the second most common threat after ransomware.

What makes IoT devices so vulnerable is indeed the lack of security mechanisms. Let’s take a look at the providers of smart sockets. With a socket for $ 4, you can assume that it is open source and unhardened firmware. There will be no patches after release, even if a vulnerability is discovered. Bringing these IoT devices into your environment is like letting a Trojan horse in!

As it is a serious security issue and the spectrum of IoT attacks continues to grow exponentially, many states such as the UK, Australia and the US have considered legislation in the first half of 2021 to strengthen the cyber security of these IoT devices.

Now the authorities have taken this issue into their own hands – not private organizations that usually try to persuade companies to use security measures through standards or best practices. The IoT is indeed reminiscent of the Wild West.

How can I protect IoT devices connected to my network?

So what can you do to securely connect all your IoT devices to your corporate network? These three questions you should ask yourself:

Can my firewall decrypt encrypted traffic and check for threats?

Does my firewall support deep packet inspection across all my connected devices?

Think of all the encrypted web sessions an IoT device can perform. Your firewall should absolutely be able to support all these sessions while protecting you from sophisticated cyber attacks. A high number of stateful packet inspection connections is simply no longer sufficient. Today, it is more important to support deep packet inspection connections.

This question sounds simple. After all, everyone says that they support high-speed wireless connections. But are you really sure? The latest wireless standard, 802.11ac Wave 2, promises multi-gigabit Wi-Fi to support bandwidth-intensive apps. Access points with a physical connection to the firewall should have a port that can support these higher speeds. This also applies to the firewall. 1GbE ports cause bottlenecks in the firewall, while 5GBE and 10GbE ports are again exaggerated. 2.5GbE ports are a good solution here.

Join the SonicWall webinar “IoT, Welcome to the Wild West” with cybersecurity expert Fabian Freundt on October 20 to learn more about the topic. Book your place here. 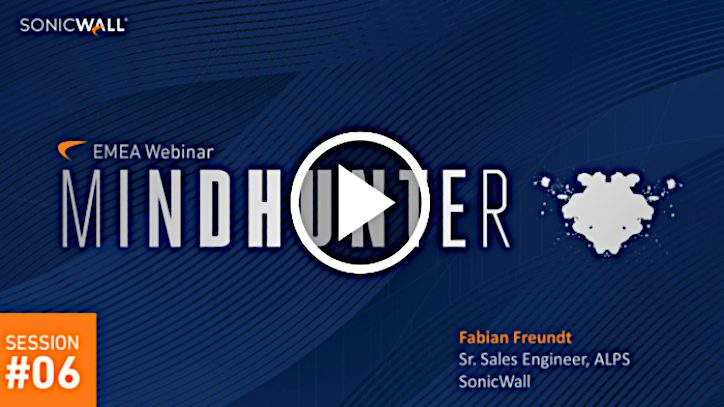 Get a free quote
PrevPreviousLegally valid at the push of a button: The e-sIgnature is booming
NextLack of staff: how companies can now find employeesNext