Home • News • These are the new MacBooks Pro

These are the new MacBooks Pro

The new models undo what has gone terribly wrong in recent years. […]

The cats are out of the bag: Apple unveiled two new base models of the MacBook Pro yesterday Monday – one at 14 inches and one at 16 inches. In addition to a new design, the two models bring a lot that has been sorely missed by countless users.

Away with the contaminated sites

Presumably, the new devices are the first in which the influence of former chief designer Jony Ive is finally fading. Ive’s achievements are undisputed, but he has also shot far beyond the mark with his exaggerated minimalism and fetish for touch displays. And so enthusiastic about the new devices, what was taken away from us and now comes back.

Touch Bar: The touch bar above the keyboard has disappeared and has been replaced by the usual function keys. 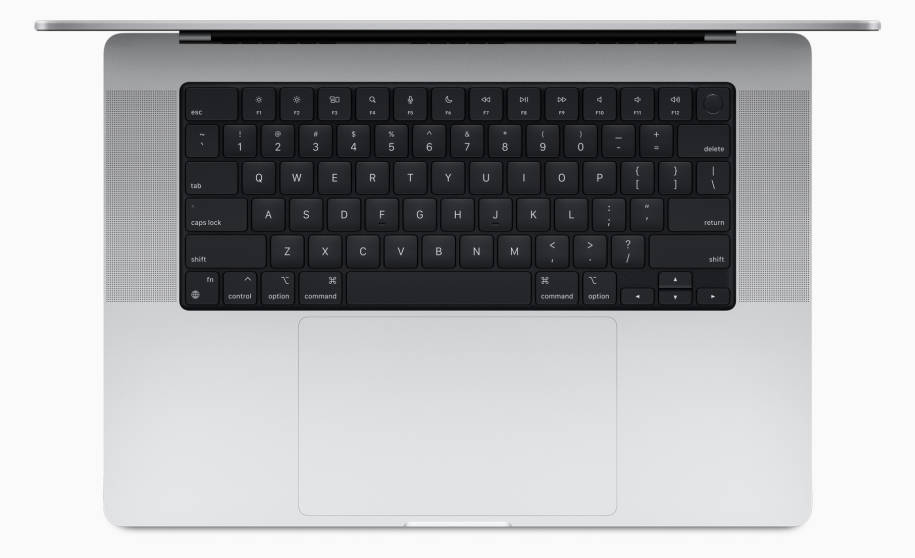 The physical function keys are back, the touch bar is finally gone.
(c) Apple

SDXC Card Reader: Photographers will be pleased to note that they can insert their SDXC cards directly again.

HDMI: This, however, comes as a surprise: an HDMI port is also back on board.

Connections for the SD card and HDMI.
(c) Apple

Thunderbolt 4: Three Thunderbolt 4 ports connect almost anything to the MacBook Pro. They transfer up to 40 Gbit per second and share the form factor with USB 4, which provides the same data rate.

MagSafe: And what no one would have suspected: MagSafe 3 is back. The plug for the power supply is held magnetically and detaches immediately in case someone stumbles over the cable.

That was nothing to do with the rumored M1X: Apple sends two new SoC (System on Chip) under different names in the race: the “M1 Pro” and the “M1 Max”.

M1 Max: The M1 Max comes in two sizes that stand out from the M1 Pro in terms of the graphics unit. For 24 graphics cores Apple wants a surcharge of 200 euros, for 32 cores 400 euros. According to Apple, the chip also delivers twice the memory bandwidth compared to the M1 Pro. The more powerful media engine can also play up to 7 streams of 8K video. And finally, the SoC is offered with either 32 GB or 64 GB RAM. 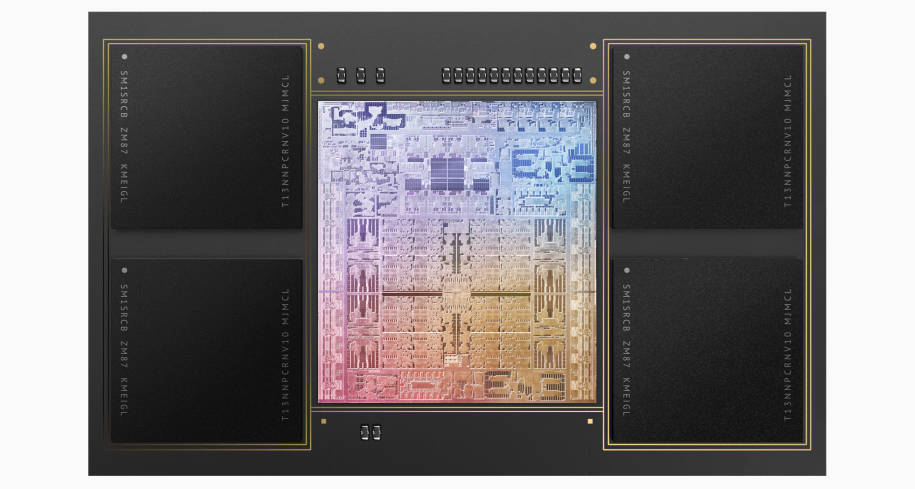 What Apple promises in terms of performance breaks with the notion of notebook chips, which are often considered a compromise because of heat dissipation and energy consumption. The curves show the power demand (horizontal) and the power of the SoC (vertical) in comparison. The M1 therefore consumes less power with significantly higher performance – and thus also produces less heat, less noise and the battery lasts longer. 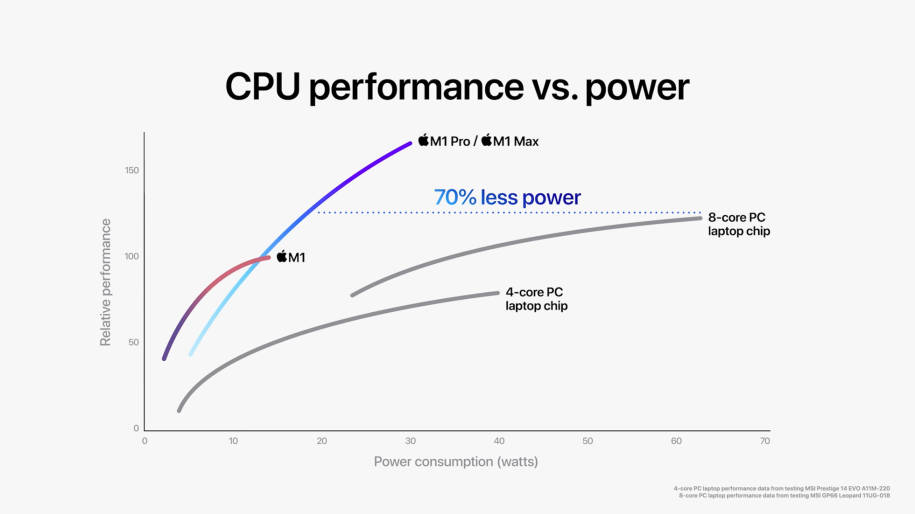 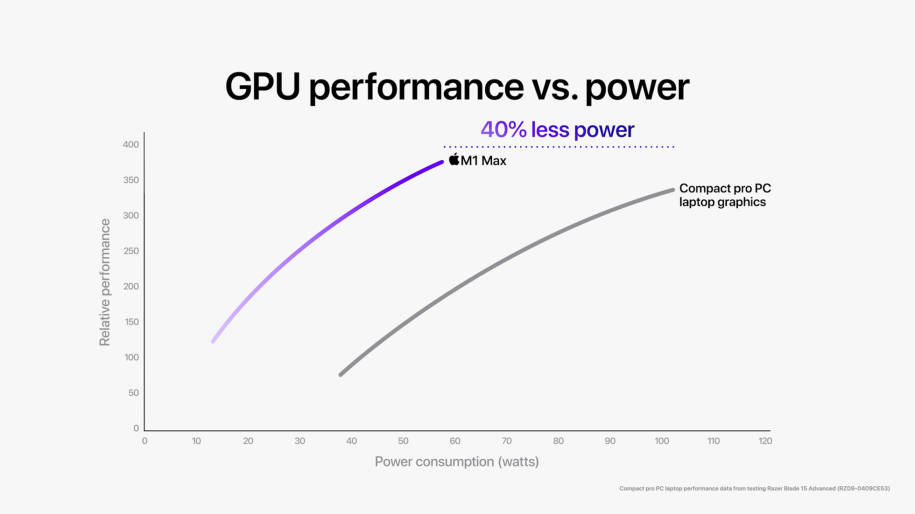 The frames of the display have become smaller; but now emblazoned at the top of a notch, similar to that in the iPhone, so that the new Full HD camera with 1080p can see something. The menu bar runs around this notch, which somewhat mitigates the loss of space; but the question arises as to how well this works with applications that work with very many menus. Apple itself shows the applications in full screen mode on almost all photos on the website, which conceals the notch and does not make an assessment easy.

One of the few images on the Apple website that shows the notch.
(c) Apple

Pro Motion: A small sensation, on the other hand, is that it is a pro-motion display whose refresh rate moves dynamically between 10 Hz and 120 Hz. The maximum brightness is 1000 nits, with HDR content 1600 nits. This can work.

And what about the external displays? If you put it on, you can really spend a lot of money: The MacBook Pro with the M1-Pro CPU controls two 6K displays via Thunderbolt and a 4K display via HDMI in addition to the internal display. With the M1 Max there are even three 6K displays!

The technical key data are dizzying and show that the pros who are always at the limit at work are really addressed here. 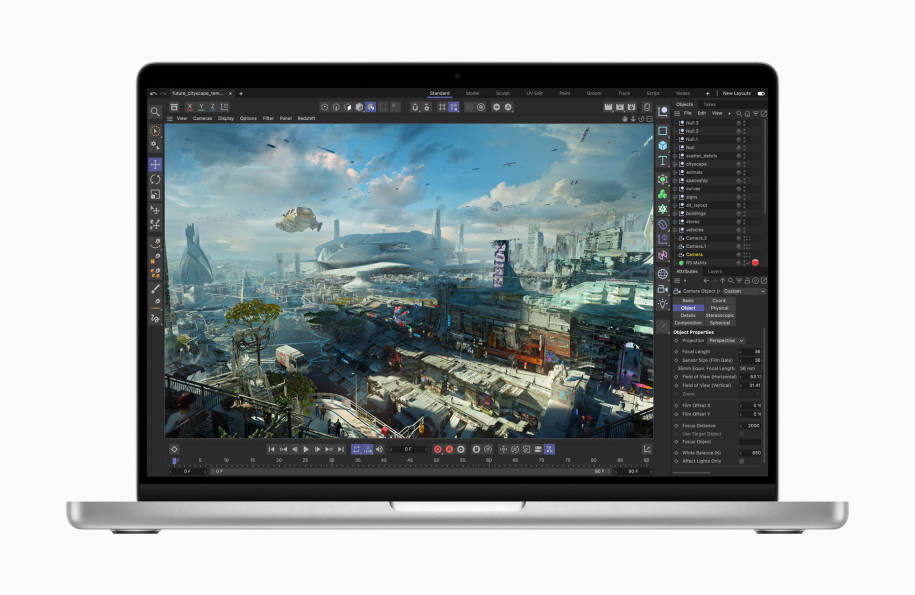 Rendering on a notebook (pictured: Redshift by Maxon).
(c) Apple

In Intel times it was the case that even as a non-professional you liked to give yourself a little more power to be on the safe side. With Apple’s own ARM architecture, however, the question of meaning must be asked for the normal user, because already the first M1 SoC, which has been available for a year, does most of the work imposed on it for the next few years. So whoever comes here has (probably) his reasons.