Home • News • Windows 11 Enterprise vs. Pro: Do you really need the Enterprise Edition?

Windows 11 Enterprise vs. Pro: Do you really need the Enterprise Edition?

Windows 11 in the Enterprise or Professional edition? IT decision-makers are often undecided. We will help you make the right decision. […] 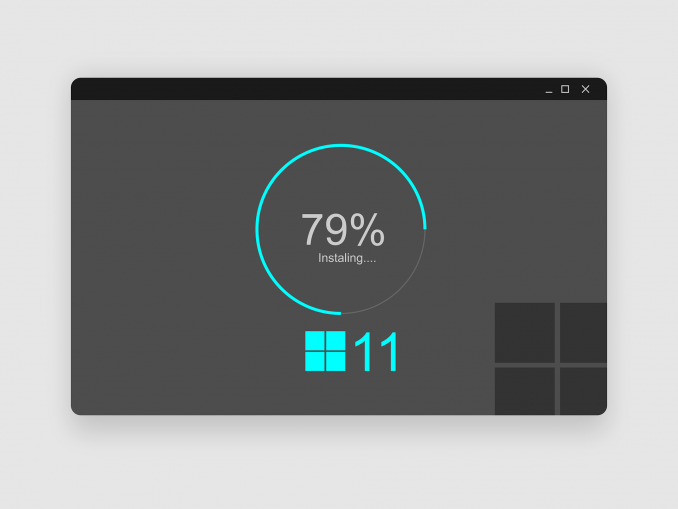 Anyone who has been using Microsoft’s desktop operating systems on their computers for some time will remember that Windows 7 was the first variant that was offered in different variants. Microsoft speaks of “editions”, in the media Windows Home, Professional or Enterprise are also often incorrectly referred to as “Windows versions”.

In fact, however, Microsoft distinguishes between edition and version: when the company speaks of a version, it usually means a feature update for a Windows operating system. If the Windows 10 systems have received such an update twice a year so far, the software company has changed this with the release of Windows 11: a new version is now only released once a year.

However, according to current information, Microsoft will continue to deliver a new version for the Window 10 systems at least every six months until October 14, 2025. However, this only applies to the Home, Pro, Pro Education and Pro for Workstations editions, which follow the so-called Modern Lifecycle policy (you can find more about this here).

The Enterprise edition is already the most comprehensive and complete version of the client operating system under Windows 10. Even with Windows 7, there was the so-called Ultimate version, which also met this requirement. Already with Windows 8, however, Redmond has decided not to offer an Ultimate edition anymore. The Enterprise edition and the Education edition intended for educational institutions are now the most complete variants. They offer all the features that Microsoft provides with this operating system.

For Windows 10, there is still the so-called S mode for the Pro and Enterprise versions. This OS version has been optimized for security and performance. It only allows the use of apps from the Microsoft Store and requires Microsoft Edge as a browser. In Windows 11, the S mode is only available in the Home edition. Probably, those responsible realized that such a limited version of the operating system is of little use in business use.

As with Windows 10, the enterprise edition of Windows 11 can only be purchased via a volume licensing agreement with Microsoft or one of the licensed partner companies. IT professionals who have a Visual Studio subscription can also download this edition, but may only use it for testing purposes and not on productive systems.

The comparison of the Professional Edition (or the Professional-for-Workstations edition) of Windows 11 with the Enterprise version initially shows a different support duration: for the Pro editions, customers receive 24 months of support, for the Enterprise and Education editions 36 months. In the enterprise version, there are also more flexible ways to control updates. If you want to skip an update in the Pro or Home edition and go to the Windows settings to click through to the “Other Options” via “Update”, you will find that you can only suspend updates for a week. In the enterprise edition, however, a pull-down menu is available to users, which allows them to choose between delay options of one to five weeks.

The Enterprise edition also provides users with functions that are not found in the other editions – although Windows 11 Professional for Workstations also offers some additional professional functions. In both Windows 11 versions, the file system ReFS is one of them.

The Resilient File System, which Microsoft made available for the first time with Windows Server 2012, should in principle be more resistant to errors than the proven NTFS file system of the Windows machines and also offer advantages in availability, reliability and scaling. Last but not least, it is suitable for large data volumes: data carriers formatted with ReFS can have a size of up to 35 petabytes (1 PetaByte corresponds to 1024 terabytes).

If Microsoft previously supported this file system in the home and professional editions of Windows 10, it was removed from it with the release of version 1709. This is now continuing with Windows 11: robust file systems can only be found there in the Enterprise/Education and Professional for Workstations editions.

Another feature of the Enterprise/Education edition is the mode for distributed caches, which is called branchcache. The use of this feature only works in cooperation with a Windows Server. Some servers from Windows Server 2008 R2 onwards are supported (more information can be found here).

If this technology is used, the operating system can then, for example, access a locally managed data cache to relieve a WAN connection. Another access technology, which can also only be operated with Windows 11 clients of the Enterprise and Education editions in one domain, is called DirectAccess. They allow remote users to access resources in the corporate network securely and transparently, even without a VPN. This also requires Windows Server from version 2008 R2 in the network.

In the field of security, the enterprise edition provides “Applocker” and “Credential Guard”. Applocker allows administrators to prevent the installation and use of unwanted and dangerous software on the systems. This is done with the help of white and blacklists, on which the affected applications are listed.

The “Windows Defender Credential Guard” uses a security based on virtualization to isolate secret keys in this way. This ensures that only privileged system software can access, for example, NTLM password hashes, Kerberos tickets, so-called granting tickets and credentials that are stored by applications as domain login information. Access to the Business Store with volume licenses for apps, the return of unnecessary licenses and the automatic distribution of apps is also limited to the Enterprise/Education edition.

In principle, the group policies that are so important in corporate networks work in the Professional editions as well as in the Enterprise/Education editions. In addition, there are so-called start screen group policies for the latter. These allow administrators to adapt the behavior of the PC login screen to the company policies.

Do professional and enterprise users really need the enterprise edition of Windows 11 on their client devices? This question can hardly be answered and Microsoft does not necessarily make it easier with its blurred delineations of the editions, their purposes and the constant change in features. IT organizations that have already used the Enterprise edition under Windows 10 or even Windows 7 and probably have a volume license for Windows 11 will certainly stick with it.

Although Microsoft recommends the Professional and Professional for Workstations editions for business use, there were already minor restrictions on group policies for these versions with Windows 10. In any case, the enterprise edition is supported by the significantly longer support period of 36 months and the full equipment with all features for large companies. Small businesses, however, should be satisfied with Windows 11 in the Professional version for all requirements. However, the IT department can also continue to work on Windows 10 there (no matter in which professional edition), Microsoft will still provide support for these systems until 2025.

Microsoft provides a complete Windows 11 system in the enterprise edition including Windows 10 SDK, version 2004 (10.0.19041.0) and Visual Studio 2022 for testing. Although the system is initially in English, it can be adapted and then also used with a German interface. It is available as a virtual machine for the VMware Workstation as well as for Hyper-V, Virtual Box and Parallels.

**Thomas Bär, who has been working in IT since the late nineties, has extensive experience in the introduction and implementation of IT processes in the healthcare sector. Since the beginning of 2000, he has implemented this knowledge gained in practice in numerous publications as a specialist journalist in a large number of articles. He lives and works in Günzburg.