In addition, 27 vulnerabilities will be fixed, eight of which are classified as high risk. […]

Google has released Chrome 98 for desktop (Windows, macOS, Linux). In the version 98.0.4758.80/81/82 the developers have patched 27 vulnerabilities. For eight vulnerabilities, the risk is classified as high, for another ten as medium.

With Chrome 98, Google brings a privacy guide on the one hand. The Privacy Guide helps users to check the privacy and security settings using a guided tour. This means that you no longer have to search for this information manually. However, experimental functions that are under development are hidden by default. If you want to try this, you can use the Privacy Guide function by typing chrome://flags activate it in the address bar. 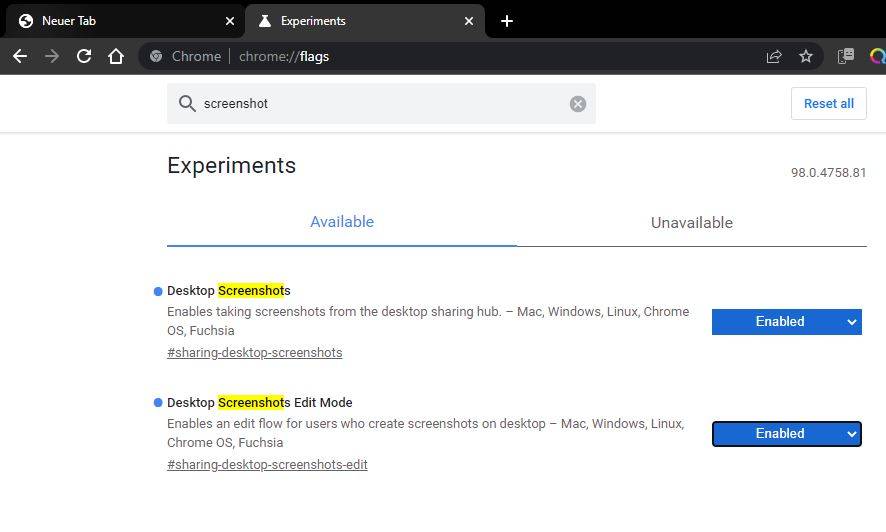 The screenshot function including editing mode is still experimental at the moment – but can be tried out like this (c) Screenshot/PCtipp.ch 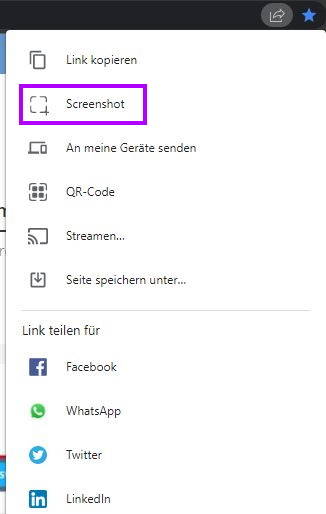 The same applies to the screenshot function. The function under development can be activated as described above.

In addition, captured screenshots can be edited immediately after creation. Currently, however, the screenshot editor still occasionally causes crashes, such as googlewatchblog.de writes.

If you want to try it anyway, you can do it via chrome://flags separately activate the Desktop Screenshots Edit Mode entry.

By the way, did you know that it is now easier to share website links in Chrome? There is a sharing menu on the right of the address bar. With it, you can share a link, create a QR code, send a website link to your smartphone or stream the link.

If you activate the screenshot function as explained above, the Screenshot menu item also appears here. 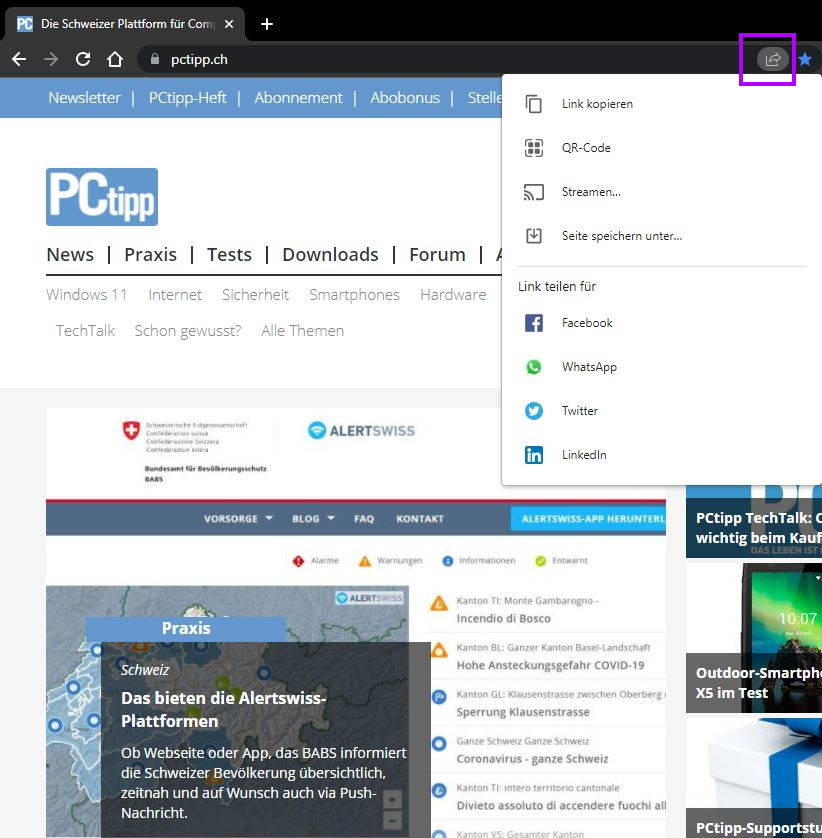 How to update Chrome manually

Most browsers update automatically by default. To manually initiate the update, click on the three-dot icon, go to Help and select From Google Chrome.

Get a free quote
PrevPreviousF-Secure survey: Home Office is increasingly building up digital fears
NextWhat you can learn from the Log4j VulnerabilityNext