Demand for cloud services is booming

In the IT services market, cloud contracts could soon represent the segment with the highest turnover. In contrast, the classic outsourcing business is facing turbulent times. […] 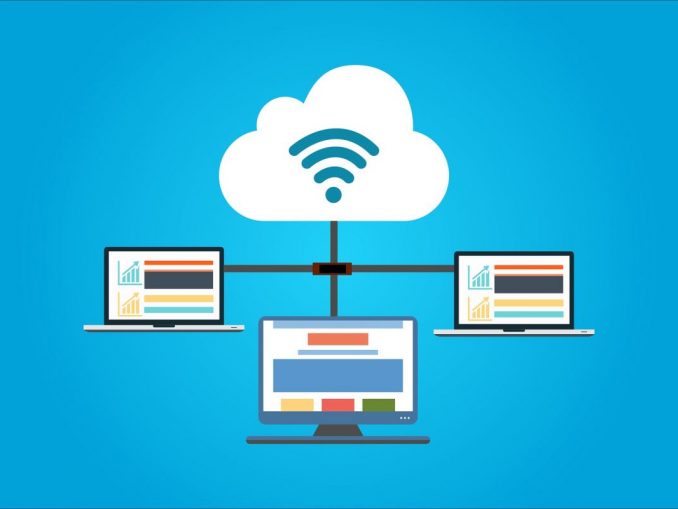 Even though growth slowed in the fourth quarter, the European market for IT and business services reached a new record volume in 2021. According to the “EMEA ISG Index”, providers of As-a-Service (XaaS) services and managed services generated revenues of 23.3 billion euros last year. This corresponds to an increase of 23 percent compared to the previous year and is thus the highest annual growth rate ever recorded in Europe. In its index, the Information Services Group (ISG) records contracts with an annual contract value (ACV) of at least 4.4 million euros (five million dollars).

“Although the last quarter shows signs of a slowdown, the EMEA region is recording a solid upward trend overall,” commented Barbara Florschütz, Managing Director of ISG Germany, on the figures. The ACV of the overall market has always been above 4.4 billion euros (five billion dollars) per quarter since mid-2020. Four times in a row, the value has even reached 5.3 billion euros (six billion dollars) and more.

However, there are big differences regionally. Most of the market regions had a considerable annual growth of the ACV in managed services – with the exception of the two largest markets Great Britain and Germany, Austria and Switzerland (DACH). The United Kingdom recorded a moderate increase in ACV of two percent to 3.2 billion euros in the course of the past year.

In the DACH region, the managed services ACV shrank by 29 percent to 2.6 billion euros in the entire past year. Although the market recorded positive growth over much of 2021, it actually slumped in the fourth quarter – minus 70 percent. The reason for this is a statistical effect: in the comparative quarter of the previous year, a number of very large orders were placed in the DACH region, including from Daimler, Siemens and Postbank. 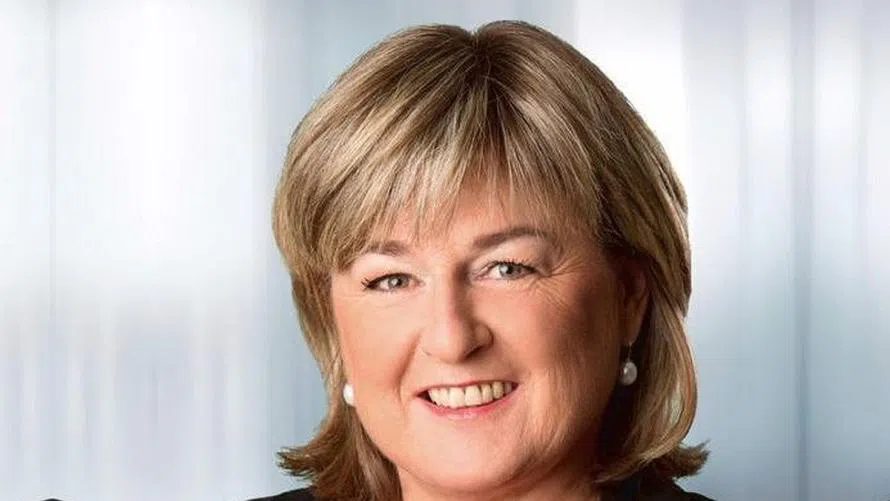 Major transformation projects are currently being put on hold in Germany, at least for the time being, says Barbara Florschütz, Managing Director of ISG Germany (c) ISG

“At the same time, the DACH region suffered from supply chain disruptions and a general slowdown in demand for industrial goods,” explains Florschütz. “This often led to an extension of existing contracts, while larger transformation projects were put on hold, at least for the time being.“

ISG Manager Florschütz points to an unusually high level of contract activity in the EMEA region. In the past four quarters, at least 200 contracts were signed in each case. “Managed services recorded an ACV of over 3 billion euros for the fifth consecutive quarter,” says the market researcher. “Although the value has decreased compared to the previous year, it should also be mentioned that several mega deals were concluded in the fourth quarter of 2020.“

Times could remain unsettled – especially in the classic IT services sector. According to ISG, numerous service contracts are up for renewal in the IT industry. For the whole of 2022, the value of these contracts worldwide is 18.5 billion dollars. Almost three quarters of the expiring contracts were accounted for by IT outsourcing, the rest by the BPO division. 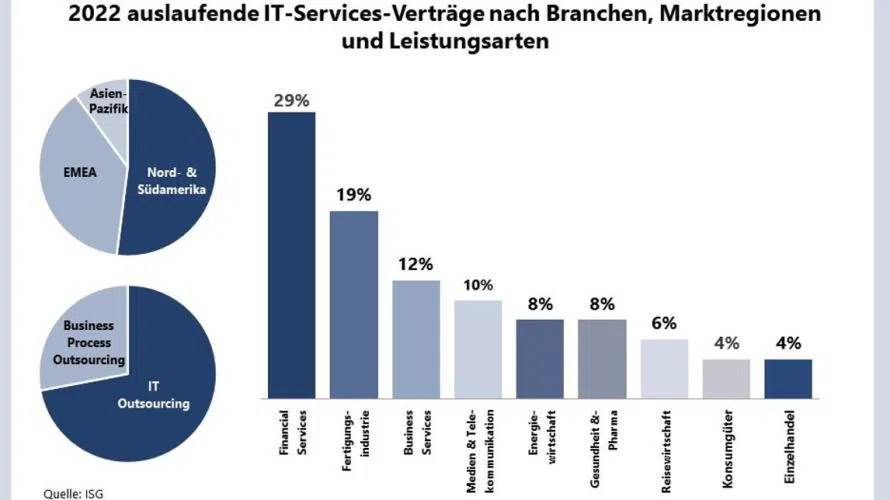 Especially for financial service providers and in the manufacturing industry, outsourcing contracts are up for renewal this year – or not (c) ISG

Just over half of the contracts come from North and South America, 38 percent from the EMEA region and ten percent from the Asia-Pacific region. If you break down the figures to individual sectors of the economy, it is noticeable that almost half of the contracts that are due for renewal are accounted for by the financial services industry (29 percent) and the manufacturing industry (19 percent).

According to ISG, the global market for managed services will grow by 5.1 percent in 2022. This is significantly higher than the growth of the years 2010 to 2020, which had averaged two percent per year. For the global market of cloud-based XaaS (IaaS and SaaS), the market researchers expect growth of 20 percent. This estimate is at the lower end of the 20 to 25 percent from previous years.