Printers don’t always have to be complicated. HP tries with the Envy 6030 with simple features, but makes it unnecessarily tedious with the app. […] 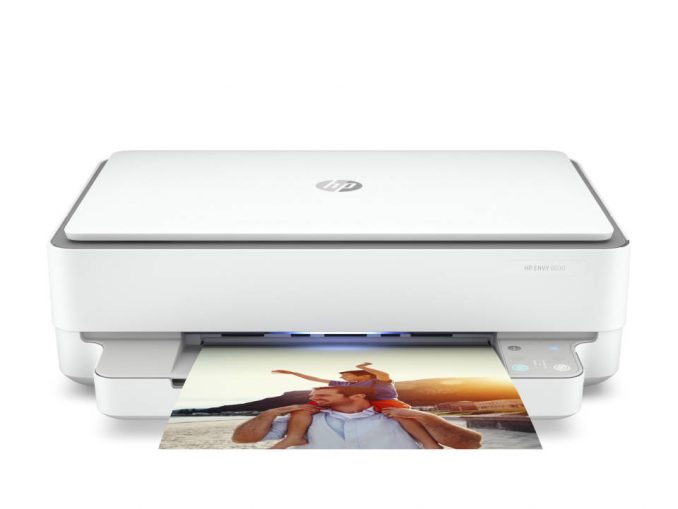 The importance of the printer has decreased. But it is still difficult to do without him. Fortunately, there are cheap printers for those who rarely have to put anything on paper.

Printers such as the HP Envy 6030. With its compact housing and scanning and copying function, the Envy 6030 is ideal to make it disappear on a shelf, and to use from time to time.

A printer can no longer be much more subtle. The HP Envy 6030 comes in a simple, elegant white and almost does not stand out in any way. Only when the printer is turned on do some tiny signs of conspicuity appear. A short LED strip illuminates the paper output colorfully, and the touch buttons right next to it bring a little light into the room. Otherwise, the Envy 6030 remains inconspicuous and quickly disappears on the shelf. This is also a good thing, because a printer for casual users should not dominate the room.

Adding to the minimalist look is the fact that the Envy 6030 has hardly any physical connections. Only a power connector and a USB slot (USB-B) are available, both of them well hidden on the back of the device. The focus here is on wireless connections via Wi-Fi. Ideally, the printer is integrated directly into the WLAN and thus available for all devices in the network. The setup is carried out via app on a terminal device, since the Envy 6030 itself does not have a display. 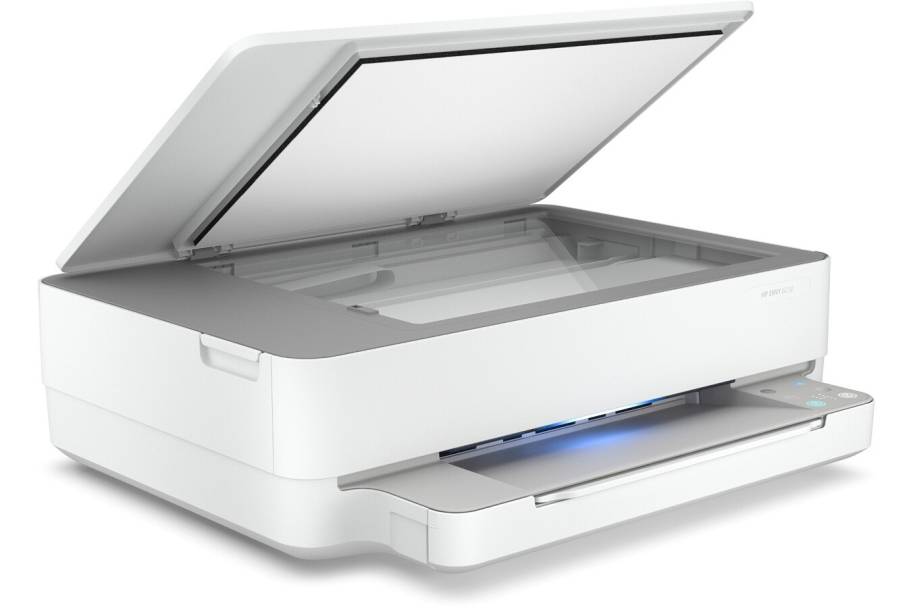 The flatbed for the scanner reaches up to A4 (c) HP

The Envy 6030 offers three basic functions: printing, copying and scanning. Print at a maximum of 4800 × 1200 dpi with two ink cartridges. One of them is black (K), the other is a combination of cyan, magenta and yellow (CMY). The disadvantage of this combo: if you often print documents in which one of these colors dominates, you still have to replace the whole cartridge, even if ink of the other two colors would still be available. A combination cartridge for around 200 prints already costs almost 30 francs, more than a third of the device price.

The scanner offers a resolution of up to 1200 × 1200 dpi, which is more than enough for all common everyday applications. Interesting to know: When copying directly, the Envy 6030 uses a resolution of “only” 300 dpi. More is not necessary, but if you still want a higher copy resolution, you have to solve this indirectly and scan it with maximum resolution and then print it out again.

The Envy 6030 attaches great importance to mobile devices. Of these, you can print and scan directly from the home network using the HP Smart app.

Qualitatively, there is nothing to complain about the Envy 6030. The printer gives usual results for the price range. Photos are printed solid and with attractive colors, documents are clearly legible and strong. The print resolution is a maximum of 4800 × 1200 dpi. As an all-rounder, the Envy 6030 can of course not compete with specialists in photo printing. However, for simple home use, the quality is quite enough. With a street price of clearly less than 100 francs, one should not expect more.

The Envy 6030 also moves in the midfield in terms of speed. From the standby mode, the printer takes about twenty seconds to print the first page. After that, the 6030 chases around ten monochrome, or seven colored pages per minute through the reels. 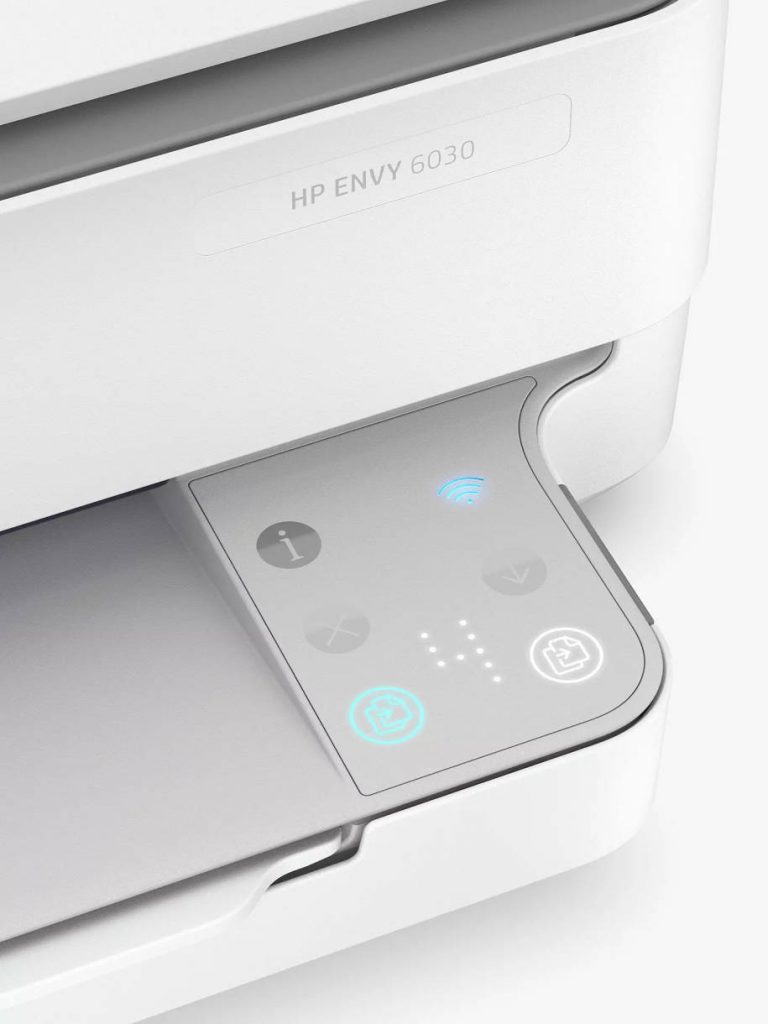 The setup and configuration of the printer is mostly done via the HP Smart app. This establishes the first connection to the printer and integrates it into the network. This also works quite neatly at the beginning and is easy to use. Unfortunately, after the installation comes the surprise: To use HP Smart, an HP account is required. If you do not want this, you have to install the printer manually with the appropriate driver and the OS installation helper. However, only basic functions that the respective operating system provides are then available. Since Windows 10 and macOS now offer decent printing and scanning systems, this is okay, although not ideal.

If you want to print from mobile devices such as smartphones or tablets, you can’t get around the app, and thus the user account. Too bad, also because the HP Smart app does not really work without errors. However, it should be said that the apps of other printer manufacturers are not much better.

The HP Envy 6030 is a solid multifunction printer for less users. If you just want to leave out or scan a few pages from time to time, you will certainly be satisfied with it. For more demanding users, it becomes a bit tricky, on the one hand because of the combination color cartridge, on the other hand because then nothing works without an app. And this app is unfortunately not beyond doubt and requires an HP user account.