The most important thing about the Apple Watch Series 7 is the subtly revised design – and that’s something to be proud of. […] 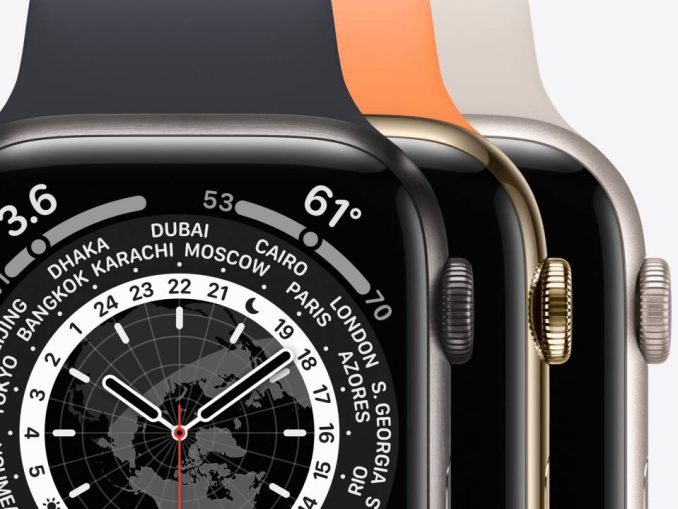 There is no denying it: the Apple Watch has actually been developed to the end with its exuberant range of functions – at least until Apple integrates a revolutionary new function, such as the non-invasive measurement of blood sugar levels. That’s why the Series 7 comes with few new features and no new sensors. Instead, the focus is on fine-tuning the design. So these lines are not so much a test of the Apple Watch Series 7, but rather of its display.

This is the new eye-catcher: the case of the Apple Watch has remained almost the same and all the bracelets still fit. But the area of the display has grown by 20 percent because the edges have shrunk – and this difference is huge!

Of course, everything looks much better. But above all, the entries are made much easier: from the code input when creating to the calculator, the numbers are hit with a new precision. More can be displayed on more surface – but this is not always used. In fact, more text is displayed in the messages, while in the control center, for example, the icons have grown and are therefore easier to hit. In general, it is amazing how much easier the inputs have become. 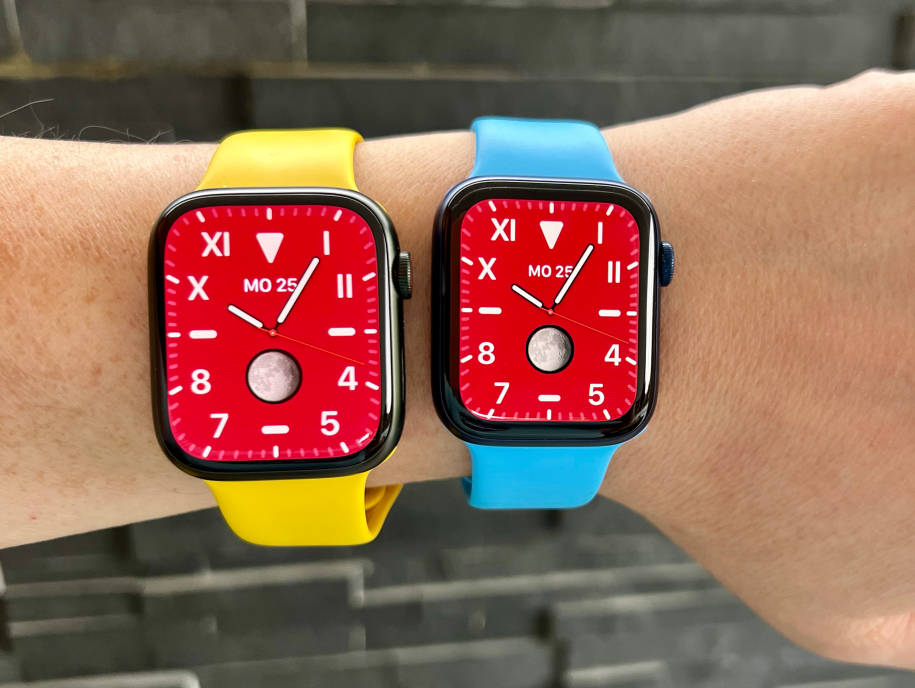 The big difference is only due to the smaller margins (c) PCtipp.ch

Due to the enlarged display, new dials are also possible, which make optimal use of the space and are therefore not available for the older models. The prime example is the “Contour” dial, which is currently being driven by Apple advertising. The fat content of the numbers also changes wobbly when turning the crown. That has something. 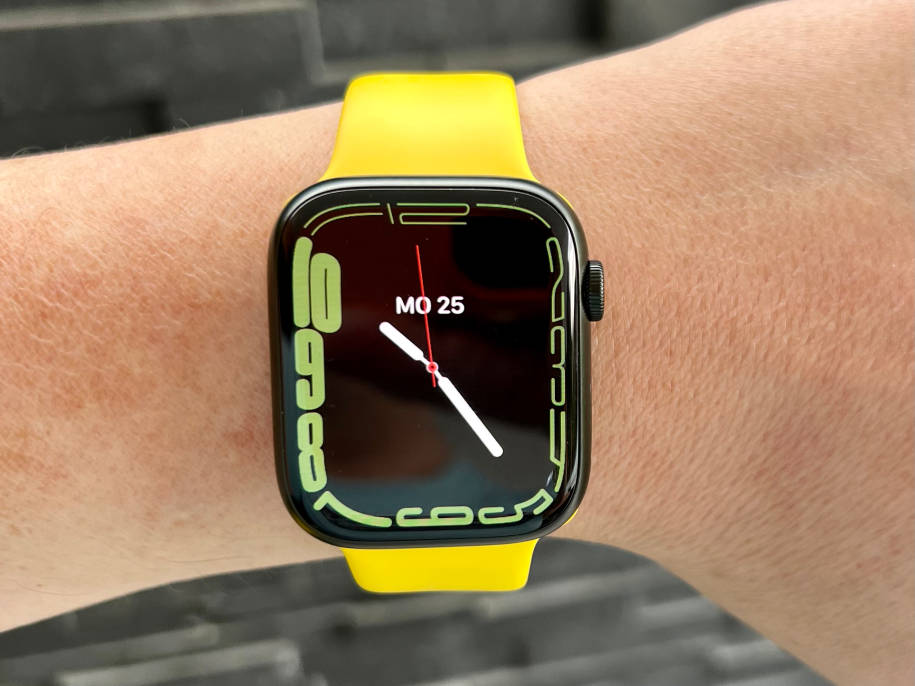 The contour dial is reserved for the Series 7 (c) PCtipp.ch

It becomes almost a little esoteric with the new glass with its refractive edge. This pulls the content of the display a little down–back-somewhere (hard to say) and thus creates a very subtle effect of harmony. I had to look closely and try out several contents in order to consciously perceive the effect; but once captured, I like it very much. It is always exciting how Apple takes care of such details, even if they are of little use as a sales argument.

Text input is now possible with a manageable effort, because you can type or swipe on the new keyboard to enter words. Smartphones have been familiar with swiping for many years, but the Apple Watch was too small for such an input until now.

The thing has only one catch: the keyboard currently only works if the English dictionary is used – and this dictionary is the prerequisite for correct recognition. So here only waiting for an update will help. 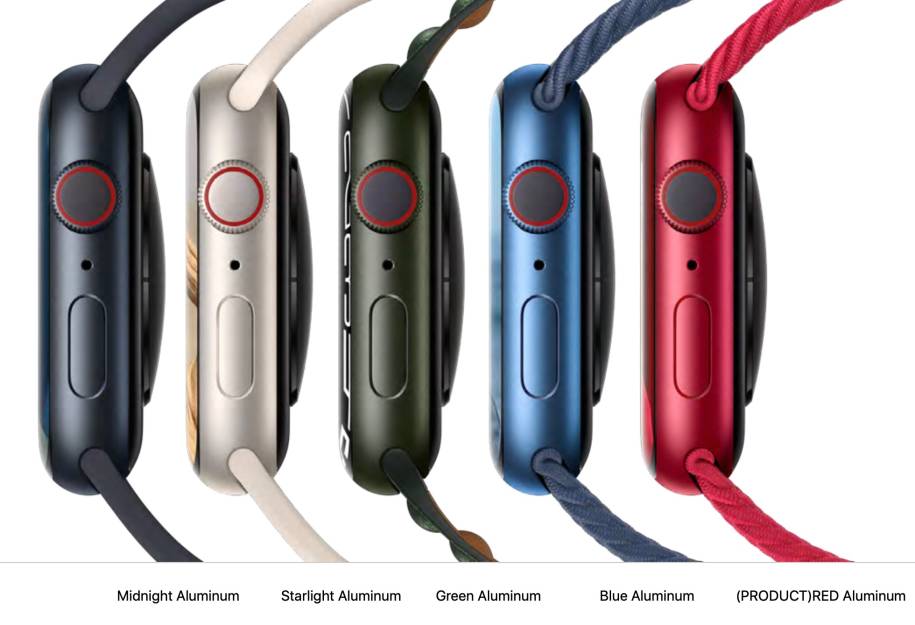 The Apple Watch Series 7 is available in five colors, which Apple shows like this:

During the test of the Series 6, I complained that the blue is a bit too dark – but at least it can be recognized as blue. But the new green is almost indistinguishable from black. What Apple wants to sell here with pretty photos borders on peasant catchiness. If you buy the blue version based on such illustrations, you will probably be a little disappointed; with the green version you are guaranteed it. The red model is the only one that gives something in terms of color when it should pop on the wrist. 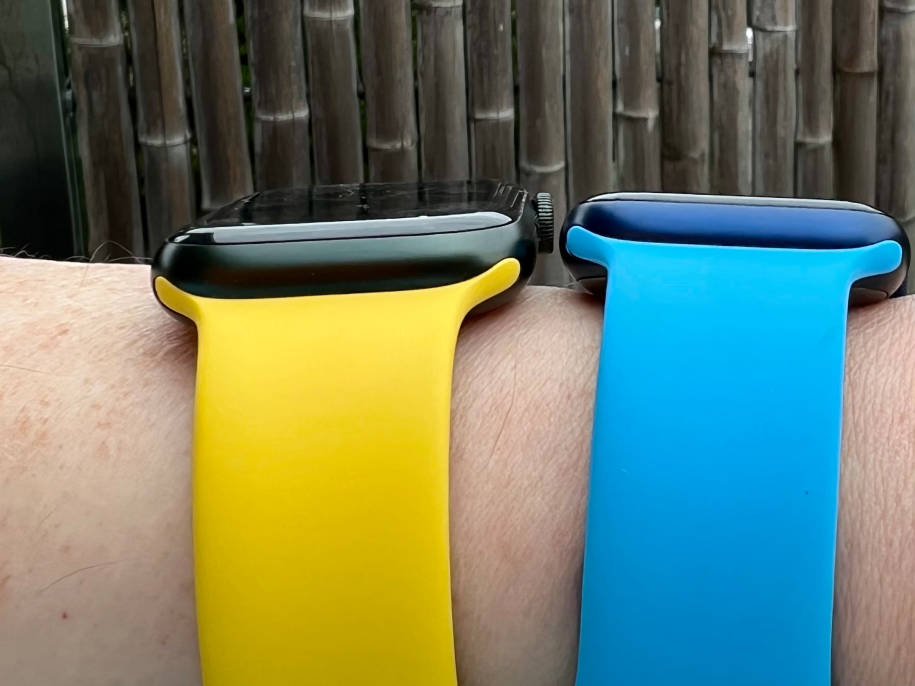 This is how the housing colors look outside; indoors, recognition becomes even more difficult (c) PCtipp.ch

The new S7 SiP (System-in-Package) is used for the interior, which is just as fast as the S6 according to Apple. However, it is more important that the Apple Watch finally gets along with Wi-Fi networks in the 5 GHz band; in the past, there were always interruptions at my home because the iPhone got into this network and left the Apple Watch outside.

A power adapter is not included in the scope of delivery; instead, Apple supplies a new magnetic charging cable, which is equipped with USB-C on the other side. The Series 7 can still be fed with existing charging cables and docks, so that the accessories remain compatible. But with the new cable, the Apple Watch is full more than 30 percent faster. More precisely: it is filled to 80 percent within 45 minutes. However, this requires a 20-watt power supply from Apple – or another third-party power supply that supports at least 5 watts with power delivery.

The Series 7 is the consistent continuation of a successful model that is unmatched at the moment. The new features ensure that beginners can best use this model. For owners of the Series 6, the technical differences are marginal, but the new display not only looks better, but also significantly increases ergonomics.