Those who integrate testing into the software outsourcing development process at an early stage can ensure the quality of digital products and reduce the costs of troubleshooting. But how does Shift Left work and what advantages does it offer?

With test automation, security in the software development lifecycle can be shifted further to the left

It is not uncommon for software projects to exceed the budget or time. Often it is not the wrong planning – rather, the real problem lies in the way the project validates the code.

The shift-left testing approach tries to counteract this by shifting testing to the early stages of software development. Through early and frequent testing, a project can reduce the number of bugs and increase the quality of the code.

The goal is to avoid finding critical errors during the implementation phase that require patching of the code. For this, the product and development teams need immediate tests for new functions while they are being developed in the sprint to ensure high quality at high speed.

What are the main advantages of Shift-Left Testing?

In shift-left testing, a significant portion of the test effort takes place at an earlier stage in the Software Development Lifecycle (SDLC), often during – rather than after – the critical phases of system design and development. Whether the software development method is Agile, Continuous, Waterfall or a combination of these methods, this early testing means an improvement in the efficiency and productivity of the SDLCs.

With the increased efficiency, the teams can:

However, if tests are only carried out after completion of the design and development phases, bottlenecks are often the result. Unexpected bugs found late in the SDLC may require teams to revise designs, coding, and additional testing. This rework costs time and money and can also demoralize developers who have already put a lot of work into a release and now have to work their way back into the old code weeks or months later.

How do I implement Shift-Left Testing?

To advance the left shift, QA testers should be invited to all design discussions and reviews. This gives you the opportunity to identify potential problem areas early in the process. In some scenarios, QA testers are the ones who think most like the users, so they can make an important contribution at this stage.

A high coverage of the unit tests created by the developers helps. Testers should learn to run and edit unit test scripts for updates. When experienced developers incorporate unit and component testing into tools with familiar code, the only training required is to teach QA testers enough programming skills to be able to edit existing code.

With these process changes, QA testers are involved at an early stage and develop a solid understanding of both the software’s business goals and the customer’s requirements. At this point, QA testers can create a complete list of expected user workflows as well as the validation conditions for the unit tests.

Build test automation from the start

Test automation not only drives shift-left testing, it also promotes cooperation between development and QA. However, test automation is often not used properly or fully to shift testing to the left. Show testing statistics:

Script-based test automation for end-to-end or complex functional regression test scenarios is very difficult to develop, let alone maintain. A good possibility is therefore the cooperation of a developer with coding experience and a tester who is familiar with finding errors in the expected customer processes.

Early tester integration and test automation are an important step towards shift-left testing. Ultimately, however, the challenge remains that new features must be tested manually at least once within the sprint and developers need the test results back quickly to avoid a change of context. So we need to establish an optimized process that delivers fast and efficient mid-sprint test results.

Integrated tools can help here, such as the Applause in-Sprint Testing solution. Thanks to appropriate API functions and a two-way integration with the customers ‘ bug tracking systems, in-sprint tests can be carried out completely within the company’s systems and processes.

Once developers have completed encoding a new or updated feature, they can update the ticket to a pre-defined status and automatically receive a test case based on the feature’s requirements. With this process, teams never leave their existing systems; they receive the required test results before the feature is integrated into the master code or the developers move on to another feature. 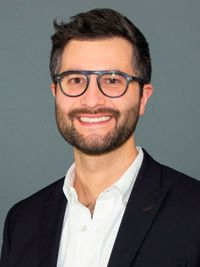 Ultimately, the left shift must be seen as a transformation of the entire development process. These steps can only create change if the entire team and company contributes to it. Similarly, a successfully implemented shift-left approach also means strengthening the team and ultimately leads to higher development speed, faster releases and lower costs for bug fixes.

* As General Manager for Applause, Jan Wolter heads the European division and is responsible for the expansion of the company in the European market. Its main task is to ensure that the goals of Applause Europe in terms of revenue growth and customer acquisition are implemented. It also ensures that the quality and customer satisfaction of the company remain at the highest level.

Get a free quote
PrevPreviousBefore you learn React: You should master these JavaScript features
NextIAC with the AWS Cloud Development KitNext