Low- and no-code applications offer decisive advantages for the relief of IT. But experts warn against outsourcing too much to the specialist departments. […] 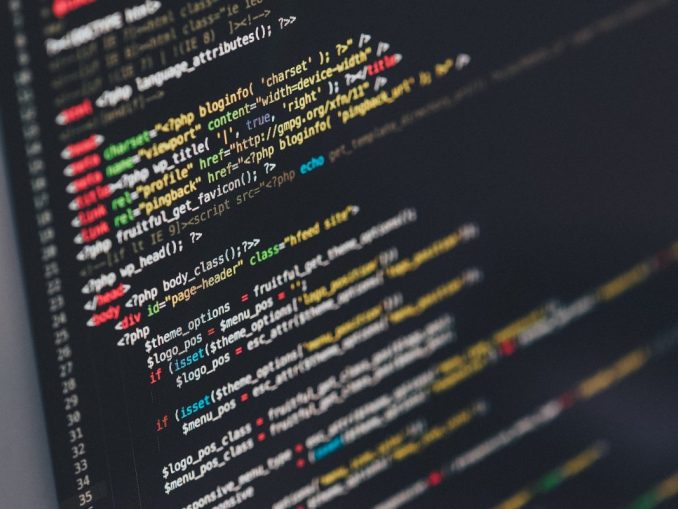 The digitization debate in Germany is always accompanied by a persistent, because pictorial accusation: the country of engineers and car manufacturers, of all places, is having a hard time with the digital transformation of its economy. This (supposed) paradox becomes particularly visible when one looks at the state of the distribution of low-code and no–code applications. These applications can be developed in the company according to a kind of modular principle completely without or with only little programming effort. In the case of no-code approaches, this development even takes place completely in the frontend and with the selection of certain prefabricated modules.

Compared to complex and complex individual software, low-code and no–code approaches are even better suited to meet the growing internal demand for faster, agile solutions and services. Traditional “pro-code” development is increasingly reaching its limits in such scenarios. Low-code and no-code are therefore wonderfully suited as a supplement to increase development speed and flexibility. The question of how high its share should be within corporate IT is discussed again and again – also within the framework of the IDG round table “Low-Code / No-Code” – and whether enterprise-wide applications with low–code and no-code can be implemented in addition to small and medium-sized ones.

In order to explain the still very low adaptation in Germany in international comparison, the experts, for their part, resort to automotive metaphors: for example, Bernhard Kube, who heads the Technology Consulting business Unit at Lufthansa, sees the desire of many companies to “completely extend every curve” in software development. By definition, low-code always means to come to terms with the restrictions that low-code tools bring with them. “This does not mean that great applications are not also possible, but nevertheless you have to do without some freedoms, for example in the design of the user interface,” says Kube.

According to the round table debaters, however, it is not a matter of completely throwing proven virtues overboard for a little more agility. A little more openness would help to participate more in the opportunities of the market. Contrary to the engineer stereotype, these are also quite present, as Christopher Heid from GAPTEQ notes: “I have not yet spoken to anyone who would not have been willing to do without features in favor of usability. If the solution meets 80 to 90 percent of the requirements, a big goal has already been achieved.“ However, companies should make sure to think about further development right from the implementation stage. “If additional requirements arise in the further course, the low-code platform should offer appropriate access options to connect individual software via API interface or database access.“

The providers are responsible for ensuring this flexibility, for example in the form of open and well-documented interfaces. Low-code and no-code applications can only gain a foothold in the overall system if they not only correspond to the general trend towards heterogeneity, but ideally also promote it. After all, IT procurement increasingly resembles a complex chain of service providers and “suppliers” that take the place of complex individual solutions.

A logical development, as Carlo Pacifico from Outsystems thinks: “I rarely buy a car because of its great injection pump, but because the overall package fits. So companies have to stop thinking that they always have to develop everything themselves at all times, let alone be able to. The future will be far too volatile, the supply chains far too complex for you to have the time or the resources.” Providers and consultants should point this out in dialogue with the companies and clearly state the need for opening up. Just because you buy a solution every now and then as an IT manager, you are not a bad developer after all, Pacifico continues.

In any case, it’s worth jumping over your own developer shadow, focusing more on low– and no-code and not oversleeping the trend: according to Gartner, around 70 percent of new applications developed by companies will use low-code or no-code technologies in 2025. A rapid growth, especially when you consider that in 2020 it was still less than 25 percent. “If we reach half of this forecast alone, then this is already a success,” emphasizes Pacifico. “But in order for such structures to actually develop, we already need a certain ‘muscle building’ in the form of IT skills in companies today.“

But in order for the muscles to grow as sustainably as possible, it is important that – to stick to the analogy – the entire body is trained and the different muscle groups in the company harmonize as much as possible with each other. Prestige projects that emerge as gigantic islands in their specialist departments, but hardly advance the entire company, are, from the experts’ point of view, most likely doomed to failure. “No-code and low-code are very well received in the departments, but often to the chagrin of the IT manager, because this quickly creates islands that are not professionally operated,” emphasizes Lufthansa Manager Kube.

Such prestige projects certainly attract some attention – like a pronounced bicep – and are also suitable for marketing purposes for a limited time, but they hardly contribute to the “fitness” of the entire company. But in order to achieve exactly this, the IT department should be given a new role: not as a providing entity that develops complex individual solutions centrally and rolls them out on site, but harmonizing between the departments, which in turn develop their own solutions on a low-code basis.

“From my point of view, we have to make it possible for IT to take over the governance of such applications and ensure that they can be combined with all other applications,” says Kube. And Sven Lüttgens from the ERP provider Brixxbox adds: “I think that the most important thing is to stay with a clear line and not to let a proliferation of solutions arise.“

For Ammar Jamal from the consultant BearingPoint, too, organizational embedding is a key success factor for the introduction of low– and no-code platforms. Because this is often accompanied by the promise that the companies can do everything themselves: “But that will only be the case if the companies do their homework. The organizational anchoring of the development platform is essential in order to be able to benefit from the investments in the long term.“

However, in order for IT to be able to perform this role, it must also be able to approach the topic in a more technology-open and solution-oriented manner. Especially when it comes to data protection, double standards are often still used, as Christopher Heid notes: “When you build an application in Excel or Access, no one asks about the criticality of the data. If we then go in as a provider and present a low-code platform that offers much more security from this perspective, then suddenly the IT department comes up with a huge catalog of requirements that would never have applied to an Excel spreadsheet. Companies must reduce these discrepancies if they want to achieve the necessary change within their IT organization.“

But in addition to the removal of hurdles, the focus should also be on the construction of certain structures. In order for the IT-savvy people, who can be found everywhere in the company, to be able to use their potential, they must be able to exchange and pass on their knowledge to each other. “If I want to use low-code platforms successfully, I should build a community around them internally,” Heid recommends. “I can only recommend companies: Do a low-code townhall with IT department and departments once a week, then your ad hoc solves many potential problems.“

*Florian Stocker is the owner of the communication agency “Medienstürmer”.