In Valencia, every year the #VLCTESTING days organized by the ITI (https://www.iti.es/) and this year we have come from Develapps. On November 29th and 30th, we were present at this event, attended by people from all over Spain and even some from other countries. 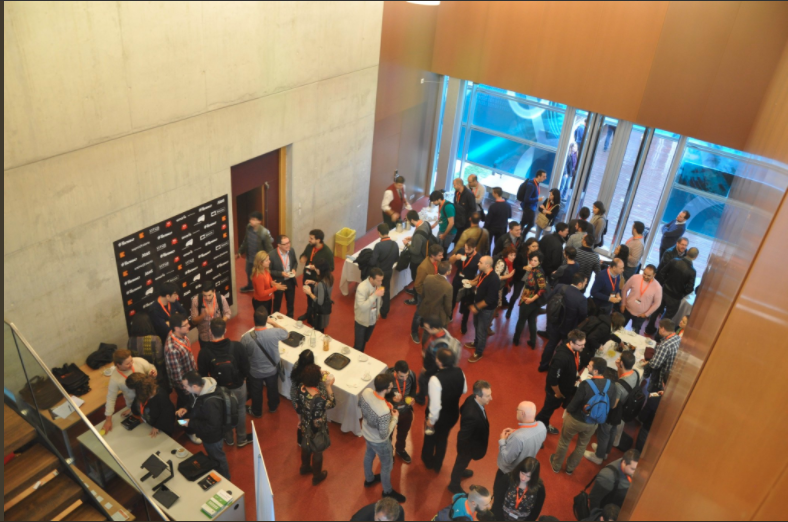 And what were the days? Basically, to know and share our experiences on testing, testing on the code, etc

When we develop an app (and the same happens with any software), you have to implement a control system to check that the development will work correctly. The most common case is that, when implementing a functionality, also introduce a check that it works. If the testing is automated, such verification will be performed automatically, from time to time or when making changes to our app. Automated testing allows to detect errors (technically we call them bugsat the same time they are generated: when making an improvement in the code, or a new implementation, in case there are collateral problems, automated testing will detect that we have broken something when fixing or creating the new implementation. If you do not have this automated testing, it is likely that the bug goes unnoticed, and appears with all its force later, without us knowing what has happened or what part of the code causes the app to fail.

So testing allows us to hunt down the bad guys, the” bugs”, as soon as they occur, as shown in the following image, which was the logo of the days:

Poster of the VLCTESTING conference 2017

The development of the days consisted of two parts, corresponding to the two days it lasted. The first day was of lectures, with some of them stellar, and all very interesting. For example, we learned from the implementation of Jesús Heras in his company ( @jesusheras85 ) to test Internet APIs. In Develapps we test APIs using Postman. When we have performed initial tests, we automate them using the newman command, which our test execution system, Jenkins, checks. Jesús explained to us how in his company they implement tests on APIs in an automated way. Such tests are defined by Gherkin, a method for defining how software should behave, using natural language. They are then implemented in REST-Assured, and run with Jenkin, as we do in Develapps.

The second day was eminently practical. It consisted of a series of four seminars in different classrooms of the Polytechnic City of Innovation. You could choose four possible paths, so there were actually 16 seminars, with four seminars in parallel all the time.  In Develapps we were learning about Gherkin, which as we have mentioned allows people through natural language and that another person can easily understand them.

In Develapps we attended the conference and also met and met with friends developers. For example, we met Lucas Sanjuán and we were also in his session on implementation of software quality regulations. Also with the people of Jeanologia, who attended the conference. And with many more people, developer friends and new acquaintances we made there.

It has been a great experience that we hope to repeat next year. And for those who are interested in testing, we encourage you to attend these days, very careful in terms of speakers, topics of the sessions, practical part, and many more things: all the details had been carefully taken care of. 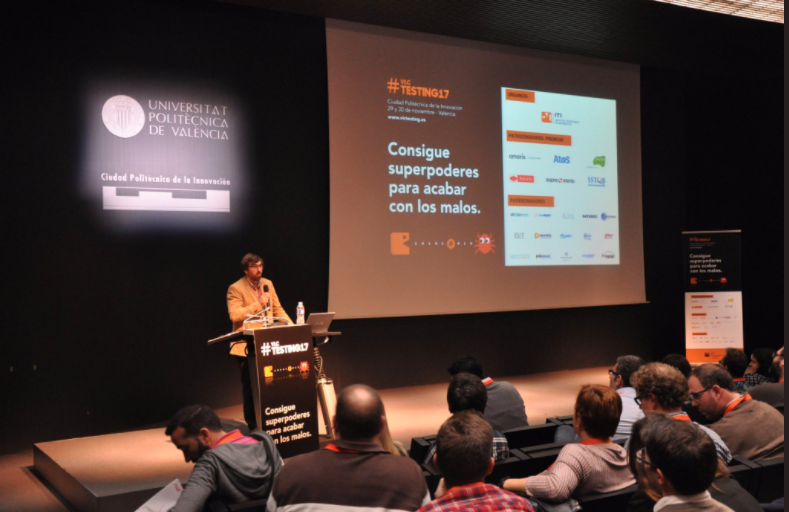