Apple’s new operating systems are full of exciting features, but caution is advised with the beta version. […] 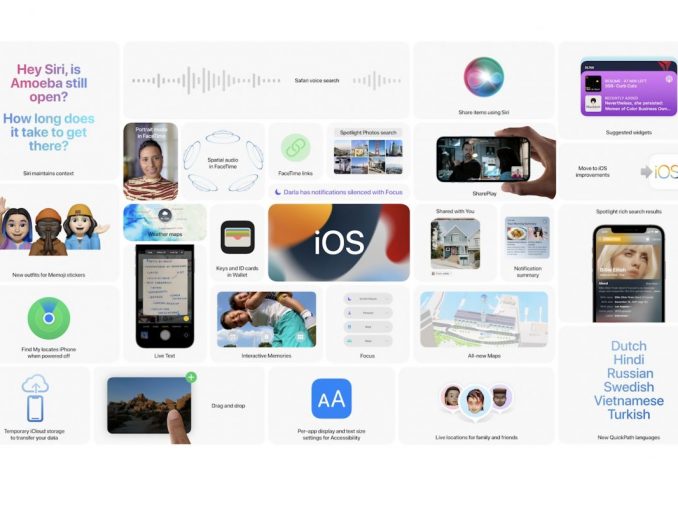 Each fall, Apple releases major updates to its iPhone and iPad operating systems. Months before, there are beta test versions for developers and the public. They are often incomplete and flawed, but it can be exciting to try everything before it is distributed to a billion devices in the fall.

Also, beta testing is a good way to find bugs and issues, leading to a more stable release in the fall. Just use the feedback app to submit bug reports.

If you’re interested in testing the iOS 15 or iPadOS 15 beta, here’s how to get it. The developer beta is now available, but the public beta will be released in July.

We strongly recommend that you do not run this beta on a critical device. Yes, you can downgrade back to iOS or iPadOS 14, but it is not a quick and easy process, and you could lose some of the information that you have not backed up or stored in the cloud. We also recommend that you back up your iPhone or iPad before you start.

Registration for the developer Beta

If you are a registered developer (which costs 99 dollars / year, click here to register), you can download beta versions a little earlier than the general public. Apple often provides a developer beta version for iOS and iPadOS directly during the WWDC conference in June, with the first public beta version following a few weeks later. Subsequent updates are much closer to each other: developers usually receive the update only one day before the public release, if at all.

This first developer beta is often very insecure, so we strongly recommend that you backup your device first and not run it on your main device!

Once you have registered your Apple ID as a developer, go to developer.apple.com/download/. You need to login and then you can download and install the beta profile from this page.

Then activate the profile by opening Settings, then General and then scrolling all the way down and tapping Profile. You may need to restart your device, but then the beta version should appear under General > Software Updates so that you can download and install it.

Registration for the public Beta

It couldn’t be easier to join the public beta program. Just go to beta.apple.com and tap Sign up. You need to do this on the device where you want to run the beta. You’ll be prompted to sign in with your Apple ID, agree to the Terms of Service, and then load a beta profile.

Once you have downloaded the beta profile, you must activate it.

Open Settings, then tap General. Scroll down to profile and select it. You can then tap the iOS 15 or iPadOS 15 beta software profile and activate it.

Note that the developer beta is available immediately, but Apple says that the public beta will not begin until July. 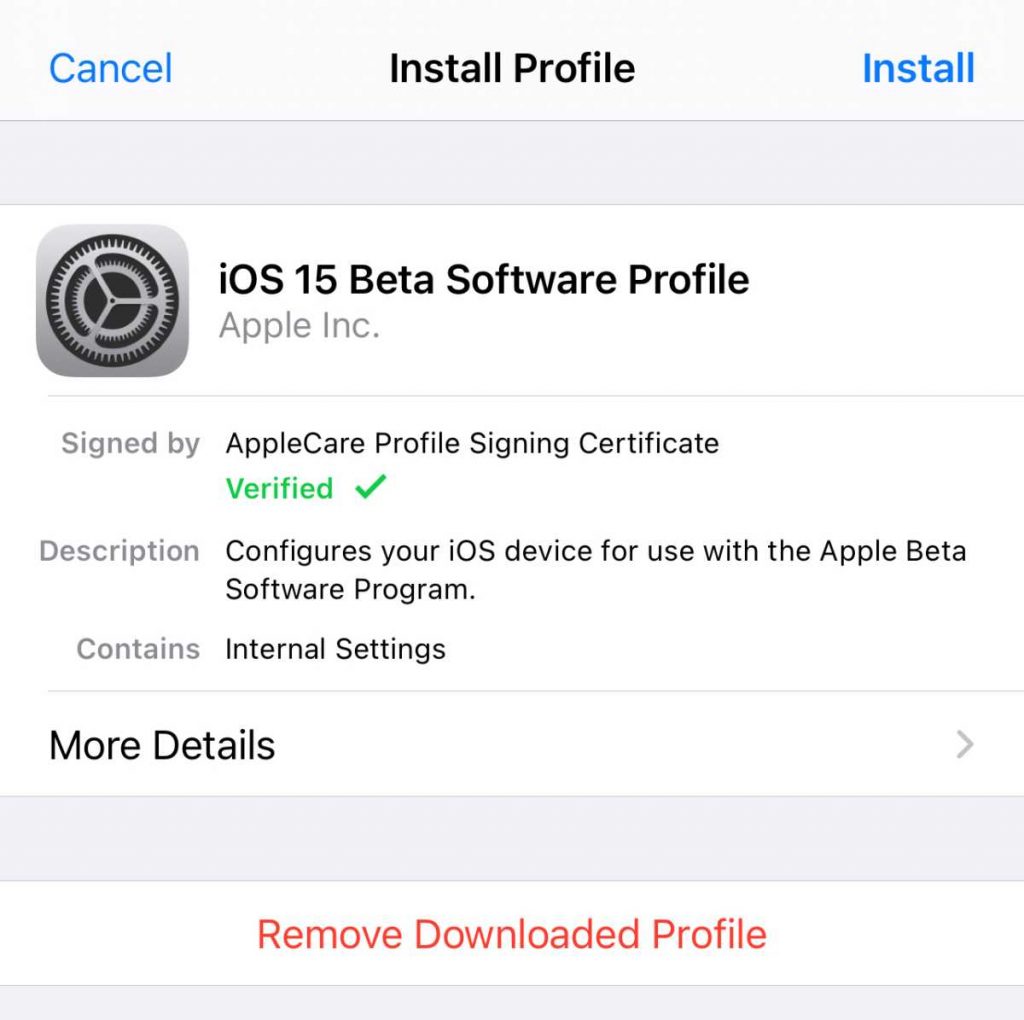 Before installing the beta, you must download and install the beta profile (c) IDG

After registering, downloading the profile and activating it, you can download the beta.

Open Settings, then General, then Software Update. You should see that the public iOS or iPadOS 15 beta is available for download – if you don’t see that, make sure the profile is enabled and installed. It may take a few minutes for the beta to appear after installing the profile, so don’t be in too much of a hurry.

Once you have installed the profile, you will continue to receive beta updates throughout the beta program. Each time a new public beta version is available, you will receive it automatically, or you can download it manually from Settings > Software Update. You do not need to download or activate the profile again. 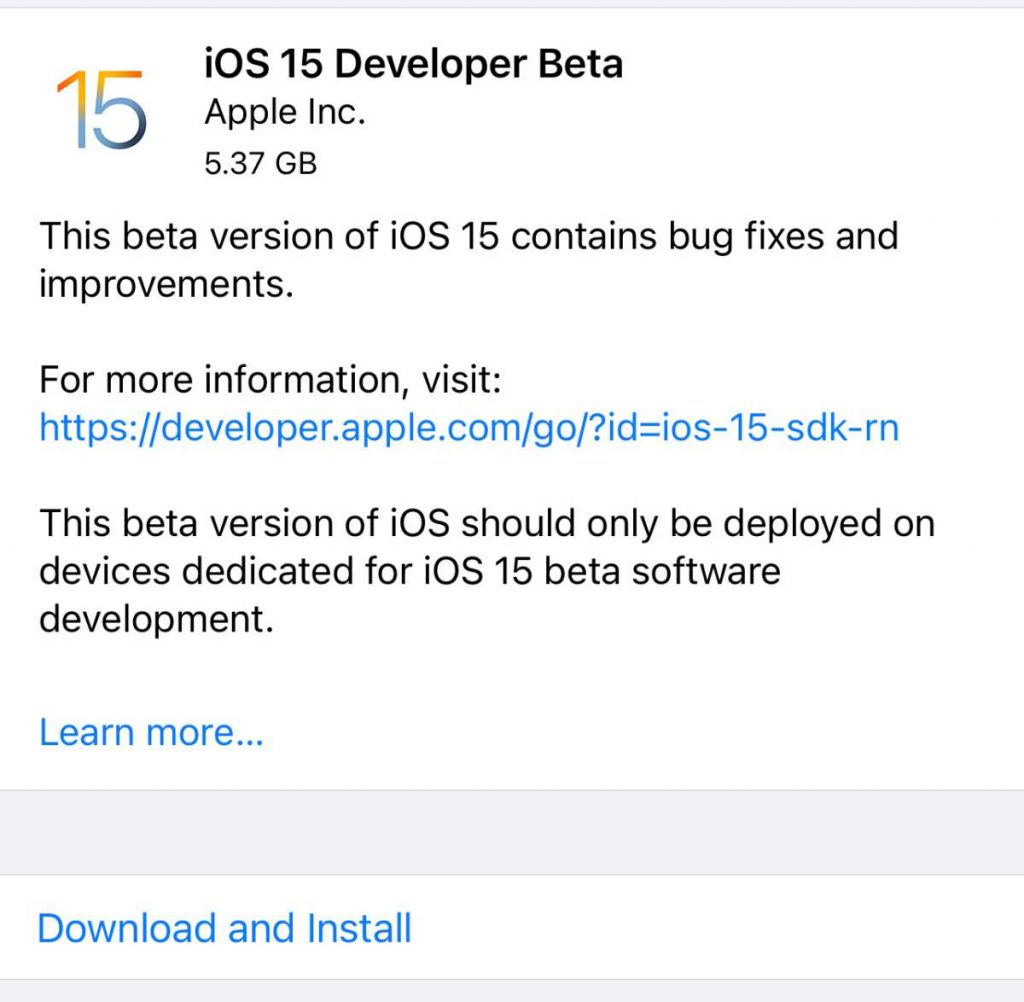 The iOS 15 beta, especially the Developer Beta, is certainly buggy and should only be installed on secondary devices (c) IDG

If you no longer want to receive beta updates, it’s easy. Just remove the profile and you won’t get any more beta versions-you just stay on the one you have. Once the final public version of iOS 15 or iPadOS 15 is made available in the fall, your device will download them and they will be on the regular public non-beta release schedule.

Simply removing the profile will prevent you from getting more beta versions, but it won’t bring you back to iOS 14 or iPadOS 14. To do that, you’ll need to put your iPhone or iPad into recovery mode, connect it to your Mac or PC, and then use Finder (or iTunes on PC) to download the current regular iOS version and restore your device. This will reset it to a fresh, ready-to-use state. We have advised you to back up everything important and not run the beta on a critical device!

You can run iOS 15 on any iPhone running iOS 14, and iPadOS 15 runs on any iPad compatible with iPadOS 14.

Here is the list of supported iPhones for iOS 15:

And here is the list of supported iPads for iPadOS 15:

* Jason Cross has been writing professionally about technology for over 20 years. His goal is to find out how complicated technology works and explain it so that everyone can understand it.