Microsoft introduces features for the hybrid world of work

From Microsoft’s perspective, the future of the world of work is hybrid. New features for teams, Team Rooms and Viva are designed to help employees work better together – whether they are in the office or at home. […] 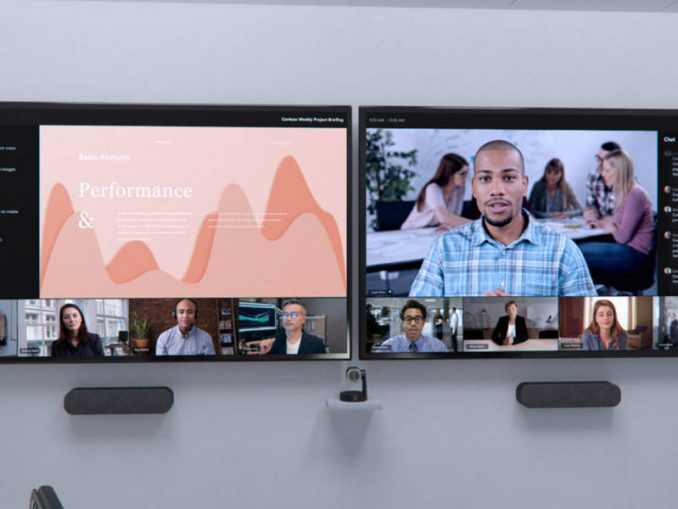 With the lockdowns, employees have moved to the home office virtually anywhere in the world. Now easing is underway, offices could – at least in part-soon fill again. Microsoft is convinced that the future of work is hybrid. This means that part of the workforce is sitting at their desk in the office, while the rest continue to work remotely. The Redmonders have now introduced new features for Microsoft Teams, Microsoft Teams Rooms and Microsoft Viva. They should help ensure that all employees can contribute equally – no matter where they work for your company.

On the one hand, Microsoft announced the expansion of fluid Components in Microsoft Teams. The technology is said to break down barriers between different apps and thus enable flexible collaboration as well as synchronous and asynchronous collaboration via teams and office apps. With the help of Fluid Components, users should be able to take notes together, collect content and arrange tasks. For teams meetings, Outlook, OneNote and Whiteboard, a private preview is to be rolled out to corporate customers in the autumn. General availability will follow in early 2022, according to Microsoft. 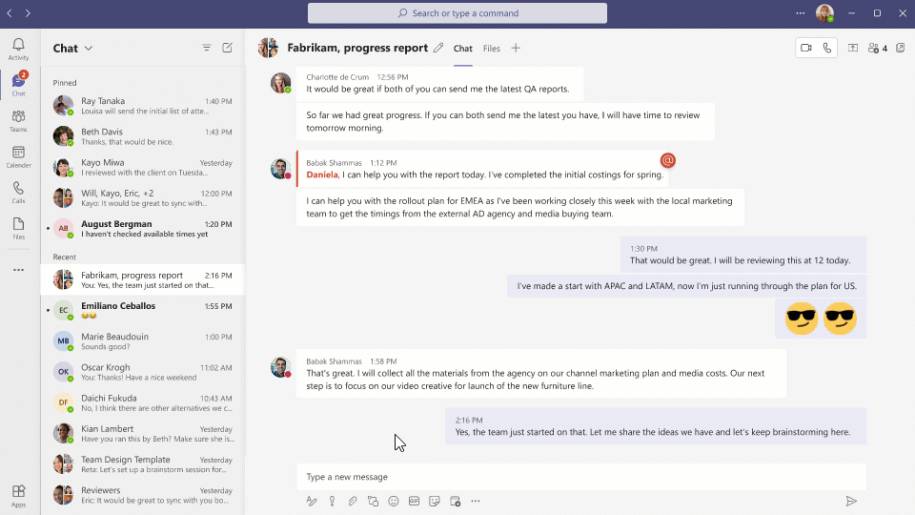 For example, the Fluid Components should make it easier to create an agenda, take notes or assign tasks directly in the meeting (c) Microsoft

On the other hand, there are new chat features for asynchronous collaboration to continue work even between meetings. Here Microsoft provides for example the possibility to pin a chat message. This should allow members to quickly access important content at any time. You should also be able to reply to certain chat messages soon in order to maintain the context within the ongoing conversation. According to the Redmonders, the new features are currently available in private preview and will be extended to more customers in the summer.

Microsoft plans to introduce the “Front Row” in Teams Rooms later this year. According to the information, this is an “immersive room layout” that should make interactions look more natural and give all participants a stronger feeling of connectedness. In addition, there are new video layouts for the screen area in the Teams Rooms to involve people in the home office as much as possible. The video gallery will be divided into several displays if content is not shared, explains Microsoft. In addition, there are reactions with emojis, spotlight and the possibility to pin video streams.

With Neat, Microsoft also found a new hardware partner. Jabra, Logitech and Poly are already on board in this regard. All manufacturers rely on artificial intelligence to optimize the view of those present in a meeting room. 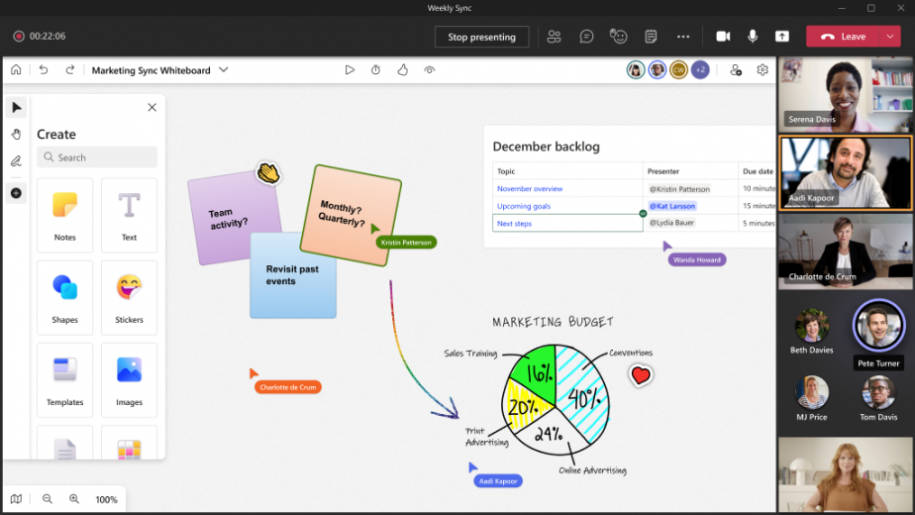 With the whiteboard, all participants can work together on the same digital screen (c) Microsoft

Furthermore, Teams Rooms was announced for the Surface Hub. According to Microsoft, the next generation of teams for Surface Hub will bring more meeting features and controls from the desktop to the meeting room – including a modernized meeting view, scenes for Together Mode, and PowerPoint Live. In addition, the new Microsoft whiteboard will be available on the Surface Hub in autumn, so that all meeting participants can draw together on the same digital canvas. The new features for whiteboard are already partly available for teams, the web app and Android, writes Microsoft. They are to be rolled out even further in the coming months.

As the Redmonders conclude, the weekly meeting time in teams has more than doubled since the outbreak of the pandemic. For more peace and less stress, a selection of guided meditations and mindfulness exercises provided by Headspace should therefore ensure. “In this way, we help employees to start the day better, to relax before a presentation or to switch off from work after work,” Microsoft writes. The exercises will be available from the end of the month. 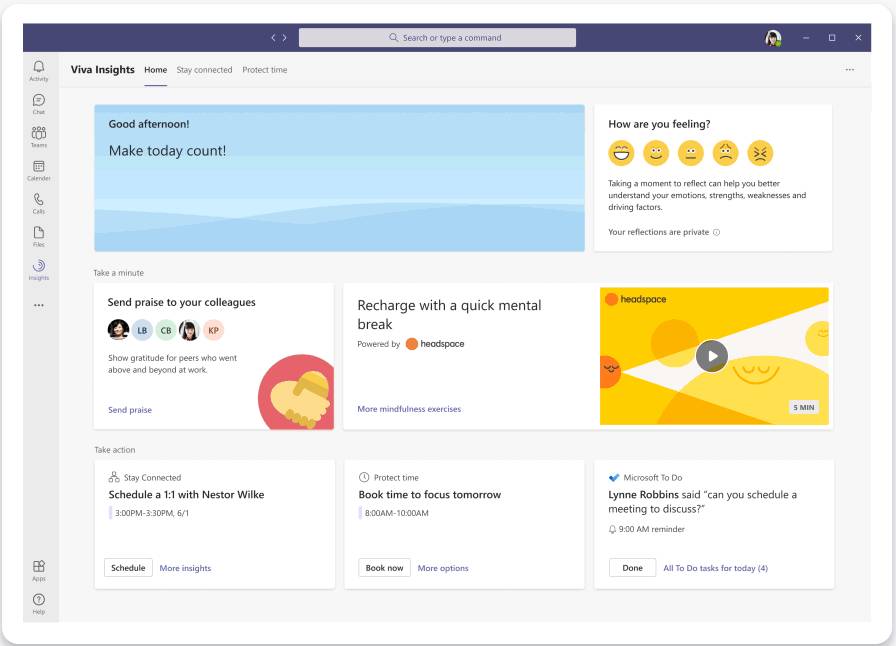 Last, but not least, a new focus mode with a timer is introduced during the year so that regular breaks are taken. A configuration option for rest periods is also planned to mute mobile notifications from Outlook and teams outside working hours.

Get a free quote
PrevPreviousRansomware: These industries are particularly at risk
NextDigitalization in SMEs: Moderate innovation instead of disruptionNext